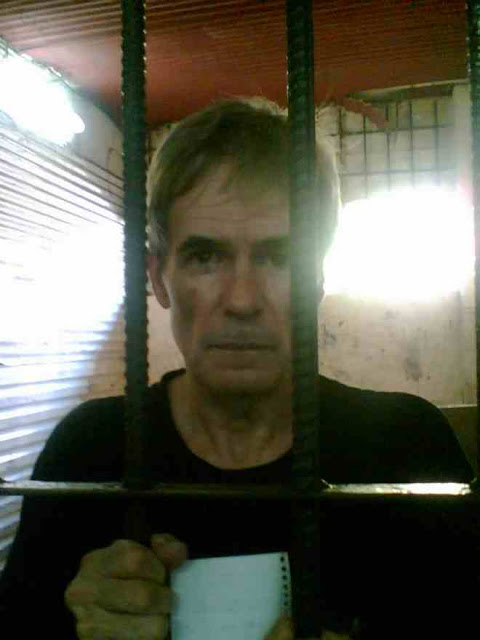 The Commission of Human Rights in Manila has passed on a report to the government and chief prosecutor recommending the prosecution of six Metro Manila Police officers who arrested a ‘runaway’ from a Bangkok boiler room, demanded to see his files, then banged him up on false drugs and rape charges.
Documents in the possession of this website show how Canadian Stephen Sharpe, 55, from Toronto, was arrested in Manila in March 2010 after fleeing Bangkok where he had been a police informant on a boiler room which was raided in Soi Thonglor 25.
Several young foreigners were arrested in the raid and detained and deported but the boss of the boiler room a British national named at the time as ‘Paul’ escaped any charges. Sharpe’s position in Thailand became untenable.
Having been informed that the UK boss had paid out some US$600,000 to Thai police he said it was no longer safe -“My bosses were talking to CSD and Immigration on a regular and friendly basis” he said – he acquired a false passport and fled to Manila.
The Commission of Human Rights in Manila has however taken the false arrest in Manila seriously – though there are no senior Philippines police recommended for prosecution.
Sharpe is living in a ‘safe house’ believed to be on the outskirts of Manila. His family are begging him to come home – but he is determined, he says to get closure on the HEINOUS AND EVIL ACTIONS of the police force. 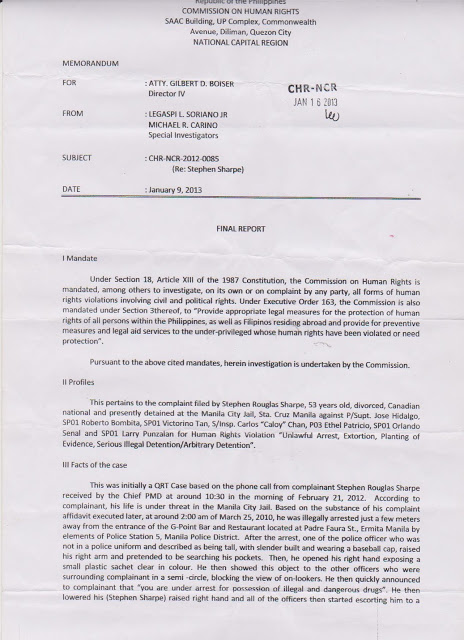 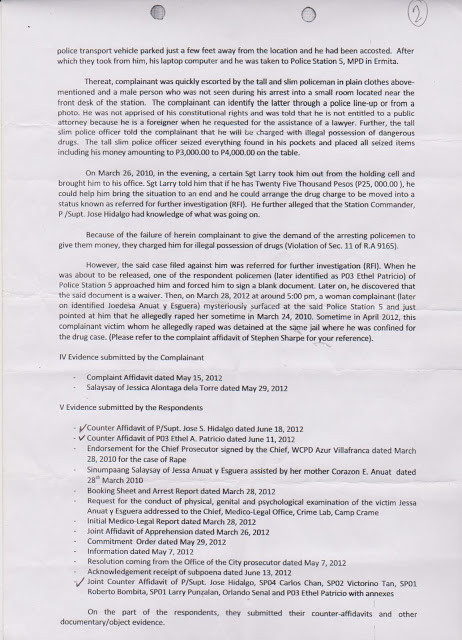 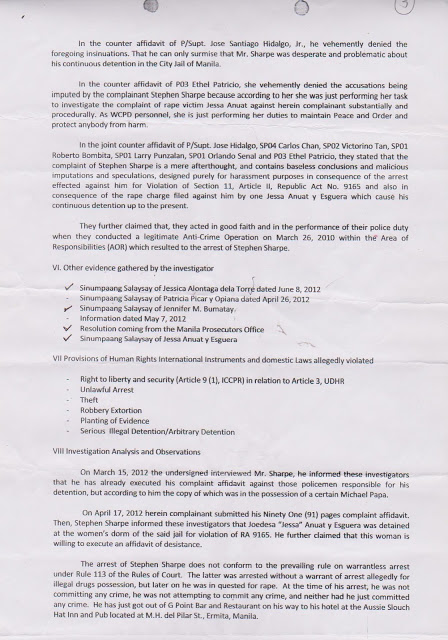 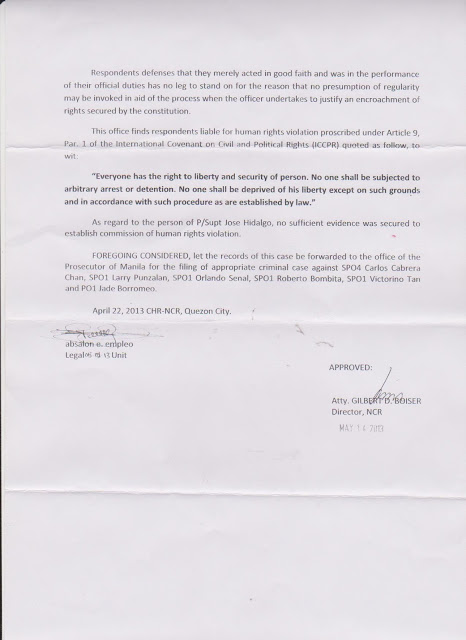 Sharpe was initially arrested outside the Q Point Bar in Ermita, Metro Manila, where he said police feigned to have caught him with drugs.  He was held for three days in Police Station 5.
During that time he said a police officer SPQ4 Chan demanded that he open his computer, which had been retrieved from his room at the ‘Aussie Slouch Hat Inn’ and demanded to see the report on the securities fraud operation he had sent to the Royal Thai Police.
On March 28 a woman turned up at the police station was introduced to Sharpe and pointed her and said that was a man who raped her previously. The woman claimed she was just 17 years old.
The woman subsequently retracted her statement a year later admitting she had been set up to make the complaint but by this time Sharpe was already in jail. 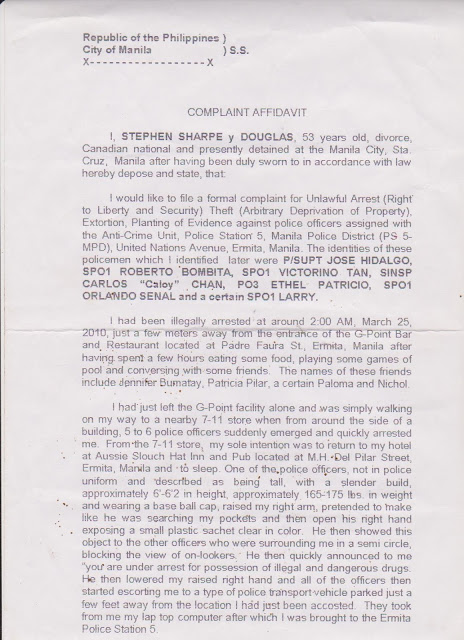 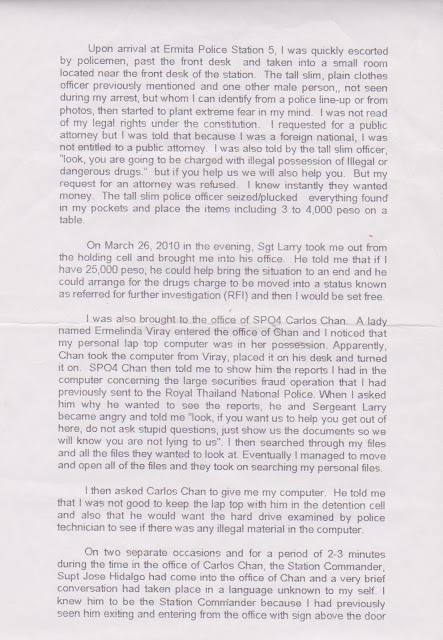 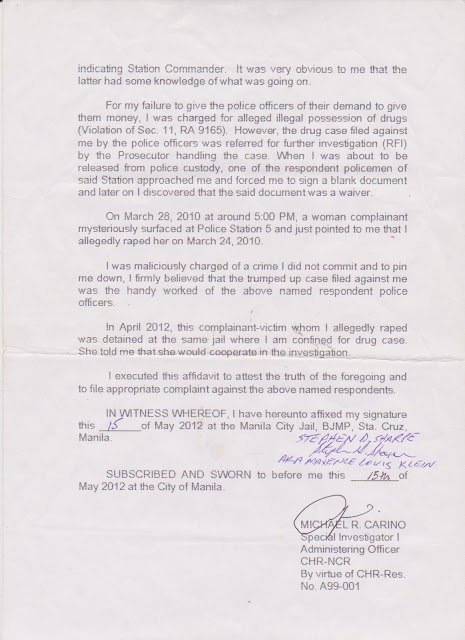 Sharpe’s decision to run to Manila was ill advised. Bangkok boiler room operators also control the major boiler rooms in Manila, Jakarta, and Kuala Lumpur. He admits he was identified quickly. Known to frequent bars he went to Ermita’s most famous foreign hang out at the time – the LA Cafe.

“A young man started talking to me and he had a photocopy of my real passport”.

Sharpe/Burt was released six weeks ago and acquitted of all charges.