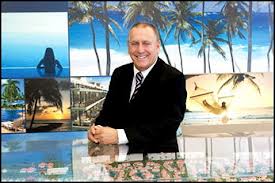 he boss of Harlequin Property, who, together with fellow Brit Richard Haughton, swindled hundreds of people who had invested in properties on Thailand’s eastern seaboard. 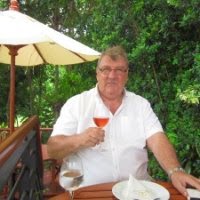 Ames, the subject of a British Serious Fraud Office investigation, subsequently took St Vincent nationality, but his time on the island ran out when the government pressed charges against him and his accountant for tax evasion and fraud. Forewarned he fled by boat last month.
In St Vincent, where he built the Buccament Bay Resort, Ames is widely believed to have enriched local politicians of the ruling Unity Labour Party to escape any local heat in his questionable projects.

He is believed to have taken some £300 million from Britons after promoting his properties as sound retirement investments. Few of the properties were ever built.

While this was going on his son Matthew Ames was jailed for three years at Isleworth Court, Middlesex for defrauding people out of millions in a Ponzi scheme.

Ames, a former bankrupt double glazing salesman from Essex, also had a project in Barbados and hundreds of holiday homes in the Caribbean which were never built. He is also the subject of a High Court order for £1.3 million in an investor action in the UK. 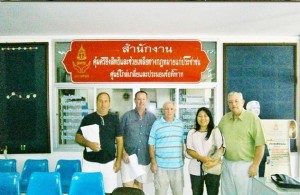 According to the the St Vincent ‘I Witness News’ Ames is believed to have fled to Martinique.

In Thailand he promoted many projects of which only two or three came to the bricks and mortar stage.

Enraged investors who included Russian, German, British, Dutch and Scandinavians asked Pattaya Police and then the Consumers Affairs department at Pattaya City Hall to investigate – but nobody lifted a finger.

Some investors in Emerald Palace condominium, one of many fraudulent projects highlighted on this site, were awarded the apartments they paid for by a court order, but many living abroad did not have the cash to take the matter further. 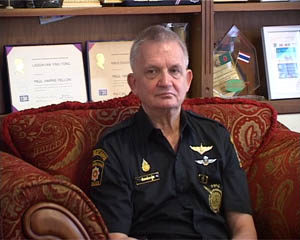 The Emerald Palace condominium project was promoted and built by Briton Richard Haughton, boss of Thai Property and Media Exhibition Company which took over Harlequin’s Thai operation. He can still be seen around Pattaya today property dealing. The Harlequin/TPME projects have all been exposed on this site including the many that were not built.

Handling the local promotion for the Harlequin/TPME properties was Niels Colov, a former Copenhagen gangster, who in Pattaya became Group Leader of the Foreign Police Volunteers, CEO of the Pattaya People Media Group, and who had also been a past president of the Pattaya-Jomtien Rotary Club.

The property situation in Pattaya has not improved since the Harlequin fraud scandals. Currently there are many projects being promoted which will never be built.

FOOTNOTE: If you were sold a duff Harlequin project these people may be able to help.