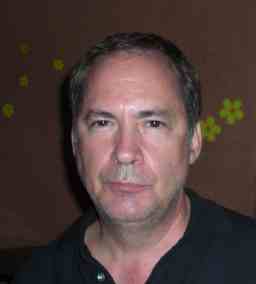 The fighting fund to contest a ‘secret case’ brought by the phony American lawyer Drew Noyes to close down this site reached more than double the initial target figure within 48 hours.

In a tremendous show of support readers of this site have poured in money through offshore and local banks and Paypal.  I will not give full details now, for obvious reasons, but full accounts will be later made available

” I am a victim of Devonshire &Douglas and spent 35’000.- EUR on them
I think it is important to support people and sites like yours which inform the world about fraudsters. Thank you and Good Luck.”

The support came after it was revealed here that despite never having received a writ, although my address is registered with immigration, the Ministry of Foreign Affairs, the Labour Department and the Public Relations Department, lawyers for Noyes seem to have persuaded judges to allow a legal case to close this site to Thailand to go ahead without me.

Indeed Noyes had even sent me an email on May 17th last year stating: ‘Our information includes a map to your residence’.

And I emailed him back telling him who my lawyers were.

This was the same email in which he demanded I stop writing about him or ‘we will have no choice but to talk to influential people tomorrow and ask them to do whatever they determine is necessary for you to stop bothering us once and for all.’

Noyes has even claimed he is writing a book with the Chief Justice of Chonburi detailing ‘Andrew Drummond’s lies’ – a somewhat unlikely scenario.

In a message to an acquaintance forwarded to this site this week it is alleged he said that there were only 14 idiots posting on this site. So thanks guys, but there were a lot more of you smart people donating alone. But he’s hunting you down!

This is actually what he allegedly* said in an sms: ‘We have been quietly watching to see who will surface so we know the few behind Drummond. We have the ISPs of posters and in time we will bring them out in the open. There are only 14 idiots including Drummond using more than 80 user names posting to his site. ‘

‘Drummond is panicking because we have already identified 3 of the idiots who are now turning evidence of emails from him over to us. Paypal will get him for his stupid Donate button. He has been sued for 5 million baht for the first three of 28 libelous articles full of lies he posted about me, my family and business. We may file additional 5 million baht civil law suits for every article and every lie reaching into the 100 million baht zone.

‘Criminal charges are now numbering more than 60 counts and rising almost daily and have been filed. The police wang him to come to Pattaya. They will get him. The sentence is 5 years in prison for each count when convicted. It will take time but we will get justice and we will close his and others sites down who lie about us.

‘We had a Pattaya Municipal Court hearing yesterday and he did not appear (avoiding the police) so we got to present all of our evidence against his site unopposed. Court action will close him down.

‘Next, we go after all the websites that link to his illegal posts and especially the ones that also took his position. We are turning those URLs over to cyber crimes, MICT, the police and our team of lawyers in Bangkok and Pattaya Friday.’

The judgment hearing is on Monday. As we have not seen any of his claims lawyers will be attending the court to lodge a protest and to demand that Noyes go back in the witness box.

Contingency plans are in place should the Pattaya Court refuse to allow us to demolish his case.

Noyes claims he came to Thailand to help the country out of the Asian financial crisis and worked for the Bank of Thailand.  He also claims in the Pattaya Times that he has been in the service of the King of Thailand for 14 years.

In fact when he came to Thailand he went to Pattaya and opened up beer bars in Duck Square, Pattaya, and Beach Road Soi 2.

Earlier we revealed Noyes left the United States under a cloud. He was exposed in the Wilmington Morning Star as a man of ‘myriad lies’ with false resumÃƒÆ’Ã‚Â©s followed by lawyers with unflattering allegations.

He was accused of misappropriating cash from a beach front project in North Carolina, trading in bogus shares, and even abusing a woman, cutting her hours when she refused him oral sex.

He denies abusing women, although his wife was granted a divorce on the grounds of cruel and inhuman treatment, a restraining order was issued against him for domestic violence, and he has been arrested for assault on a woman in North Carolina.

This site has revealed a wide range of complaints about Drew Noyes. Many of his actions to defraud foreigners were committed while he claimed that he was the only American to practice law in Thailand and on the American Chamber of Commerce’s legal committee.

When we challenged it he removed the lawyer claim from the internet.

Here is his defence to some of our allegations – which came in the same sms he sent to someone he wants to write a story about me.

Brian Wright was my competitor not my “Best friend”. I never beat my wife. Never sold housing for the poor.

The Wilmington article is a April Fools farce, check the date. I’m not a sexual predictor although I have heard he is.

The lawsuit in America is for Cyberbullying and will never see court as it was filed by a delusional old man named with a long history of failed civil law suits he filed himself.”

PS:U had a good idea before:

How about drummond libel lawsuits and lies .. Caught online

Once again THANK YOU SO MUCH for your support, both moral and financial. We do not wish this site to be blocked, but if it is, it raises the bar somewhat, which can’t be bad.

* allegedly. I do not have the original sms only a copy sent to me by email so this claim has to be described so. Its very much noyespeak though.

This is the latest update:

The text of the complaints seriously mistranslates articles on this site and even fabricates one alleged story completely.

As an example he claims I said the National Housing Authority was corrupt when in fact his victims said HE made that claim.

Noyes has deliberately falsified allegations supposedly made here. There are only two other witnesses in the libel and website closure complaints..his wife Wanrapa Boonsu, and a guy called Neal Karloff, a director of Pattaya People Media Group who says among other things that I accused Noyes of being a drugs dealer. Anyone seen that story?

On Friday two formal criminal complaints, one by a Thai citizen, were made at the Crime Suppression Division in Bangkok where resides a police general who says he has never given any interview about Andrew Drummond, as reported at this link. He asked if I wanted to pose for a photograph with him. ‘Not necessary’, I replied.

footnote: 24/2/12 My lawyer advises me it is not necessary to go to Pattaya next week as the first case (libel)  should be adjourned and the second case (closure of site) is something we will act on after an order is issued. And DN is unlikely to be there.

We now have the documents from the Pattaya Court which we will be translating next week so we can bring the Noyes version of the story out in full. The court claims it delivered the documents to my lawyers office. My lawyer has no record of that. When picking up the court documents our lawyer was advised by the clerk that Noyes was a friend of a judge though I was later informed this was unlikely to influence any decision. Judge not apparently the one with whom he is writing a book.  We can expect that the court will issue an order to close down the site and will not allow us to testify. In the meantime we will immediately seek an injunction to lift the order. This could be a long war so if you were going to donate and have read here that we have exceeded our target, bear in mind that that was the intial target, so any donations will be still much appreciated.

The first court hearing is on Monday February 27th at 1.30pm. We shall attend. This is the libel case. We have not had time to read the evidence. This should be adjourned.

The second case, is at 1.30 pm on Feb 29th. This is the case to close down the site. We will apply for a lifting of the order and present our evidence at future hearing.