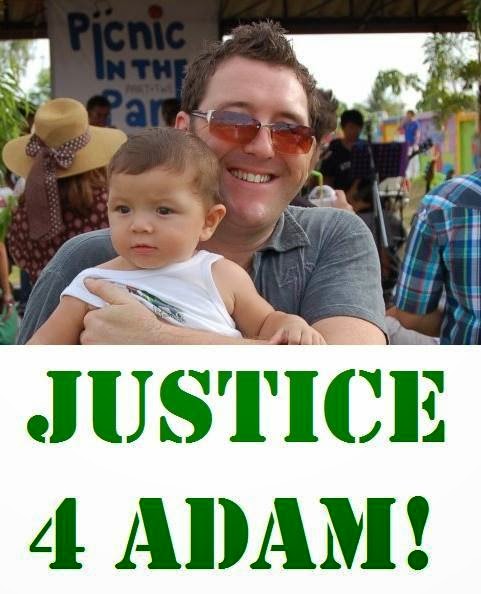 With three young Thai women giving evidence at the weekend the prosecution is expected to close its case against Sean Tinsley, 45, for the attempted murder of Adam Pickles, former head of English at the International School of the Regents, on Thailand’s eastern seaboard on June 10th.


Tinsley appears to have revised his witness list downwards to two.

Adam Pickles from Keighly, Yorkshire, has been in a comma since he was allegedly hit over the head with  piece of metal in a road rage incident on what is known as Pattaya’s ‘Darkside’ – the area east of the Sukhumvit Road, on May 17th 2012.

#SeanTinsley, 45, from Kingswinford, near Dudley, West Midlands,former owner of a travel and visa shop in Pattaya, is pleading not guilty.

The trial is being monitored by friends and former colleagues who say they are concerned that Tinsley, who has bail, will flee in the next month or so.

According to information provided to the family:

Two women from the Starlight Bar gave evidence to say that they had witnessed a minor incident between Adam’s car and Tinsleys. They saw Tinsley walk across to Adam’s car and tap on the window as Adam drove off. Tinsley drove after him and returned to the bar 5 to 10 minutes later gesticulating angrily to his friend.

A women the Paradise bar gave evidence about how she had found Adam and got him to the hospital and then used Adam’s phone from the hospital to contact the last dialled number, that was Bruce Nixon in Bangkok. Effectively this girl by her actions, together with the motorbike taxi man who alerted her, saved Adam’s life.

#AdamPickles has a wife and baby boy in Thailand but Adam is being cared for at the Woodlands Neurological Rehabilitation Centre, York. He has undergone a number of operations.