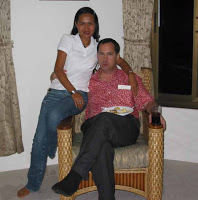 BUT COMPUTER CRIME CASE MUST BE CLEARED TOO

But he was further ordered to report back on July 8th to confirm that he had withdrawn an identical charge brought under the Computer Crimes Act.

Noyes,57, who announced in his newspaper that he had come to Thailand by Royal Proclamation, could face arrest for being in breach of a court order if he does not comply.

Noyes appeared in court on Tuesday together with his common-law wife Wanrapa Boonsu, pictured below, charged with the attempted extortion of Dr. Mike Goulet of the Thonglor Beauty and Health Clinic Jomtien. 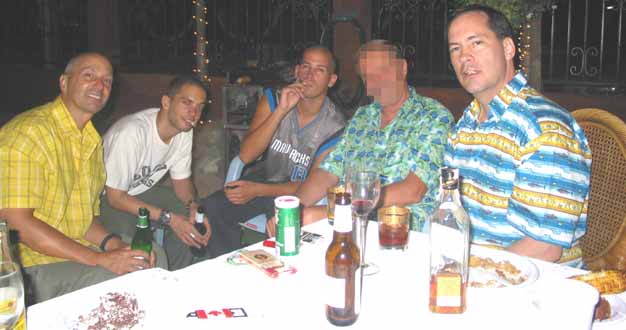 Its alleged that he demanded 7 million baht, reduced to 2.3 million baht from Dr. Goulet or his premises would be raided by police and he would receive subsequent publicity in the Pattaya Times newspaper.

Dr. Goulet said he was frightened. A Scot former massage parlour owner in Melbourne, Australia, approached him at his clinic, said he had Chinese mafia friends, and told him his ‘boss’ Drew Noyes wanted to see him.

“When Noyes called he said: ‘Come to my office and we can talk about the protection we can offer so your business can run smoothly.” said Goulet.