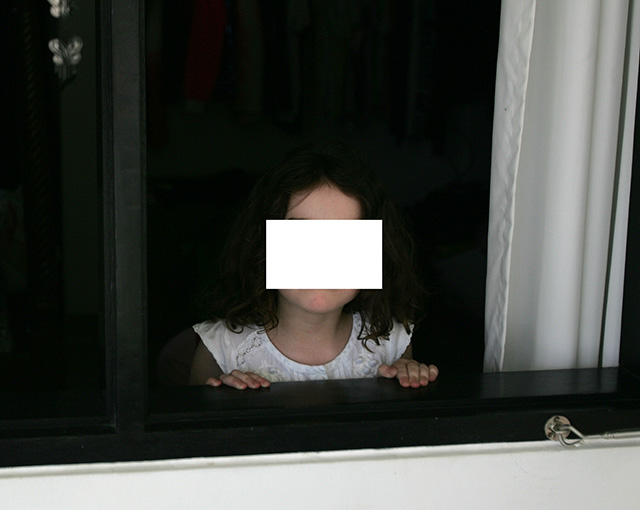 ‘Hello, I’m Kitty. You know just as in ‘Hello Kitty’ says girl whose parents have been taken away from her for ever it seems.

The drug busts in Bali are hitting headlines around the world. A recent one involving several Britons is hitting all the UK Press and elsewhere. These stories can be emotive. Even ITN abandoned its schedule to cover Aung San Suu Kyi coming out of Burma and flew here to Bali instead. In the middle of this mess is an innocent 6-year-old girl whose parents face, if not execution, a life sentence. Its a mess. Its a tragedy. And it will cause outrage despite the parents claims of a fit-up. This story I put out from Bali is running now in most UK newspapers.
Exclusive from Andrew Drummond, Bali May 29 2012

This is 6-yr-old Kitty Pender. I cannot identify her but can say she is very pretty and totally confused. For Kitty is an innocent abroad and stands to become an orphan of cocaine. Four days ago she saw police come to take her parents away. She does not know they may never come back.

Kitty is oblivious to the fact that her mum and dad are now under lock and key and face execution for trafficking in cocaine on the tropical island of Bali.

How the Sun ran with it – Pictured above is Kitty’s mum, Rachel Dougall

When I tracked her down she said through a window of the family villa: “Hello I’m Kitty, you know just like ‘Hello Kitty’ the Japanese cartoon cat.

Sweet and cheerful Kitty has just turned six. Her birthday was on May 24th. She was going to have a party on May 26th, but on May 25th police arrested her father Julian Anthony Ponder, 49, and her mother Rachel Dougall, as part of a group of Britons importing cocaine through the island’s Denpasar airport.

They are the British couple for whom Briton Lindsay Sandiford was allegedly carrying 4.79 kilos of cocaine on a Thai airways flight to Bali from Bangkok. Ever since the arrest she has been left alone with the maid , Dayu Ariani,33, and her husband gardener Ketut Suranchana, who yesterday  appealed  for Kitty’s grandparents to come and look after her.

Kitty lives in a luxury villa at the base of Bali’s volcanoes, an hour’s drive north of Denpasar. There is a pool, playhouse, a room stocked with her mums fashionable shoes, a large pool and guesthouse, and of course Kitty’s own dolls house. But she has no playmates,  no longer goes to school, speaks only a little Indonesian, and not surprisingly looks confused.

Said Dayu: “We were totally shocked when the police came on the afternoon of the 25th.  They came with Mr. Julian and collected a lot of bags and left with the both mother and father. Another man who came to the house at the times was also arrested.”

“We have been looking after Kitty, who is a sweet little girl. But we have had to pretend everything is okay. But it’s not. She thinks her grandmother and grandfather are coming to see her. She thinks her parents are coming home. We cannot tell her the truth.

“Nobody has contacted us and told us what to do. A neighbor has given us some money to help support Kitty, but just 500,000 rupiah (£40) and it will not last long.

“Nobody from the authorities has taken any steps to look after the girl and we do not think the British Embassy know.”

Added Ketut Suranchana. We have been looking after the family since they moved here. We know nothing about the family except they are English. There are no family pictures anywhere. No letters from family, nothing with any address on. Kitty does not know where she is from in England.”

Kitty no longer goes to a local school for international children called ‘The Sunrise School’ because the driver has not come to pick her up for three days.  The Toyota Rush 4X4 belonging to her father has been seized along with the massive cocaine haul worth £1.62 million.

Her father was in the car at the time police say. Police trailed the car around hotels in Kuta Beach, Bali, to other locations in East Bali, two hours drive from Denpasar and they also seized another Britain, Paul Beales and an Indian national.

Of the initial haul the head of Bali’s Customs and Excise Agency monitoring division Made Wijaya said: “The main reason is because narcotics can massively endanger the young and, thus, whoever is caught with drugs should be severely punished.

“If three people can consume one gram of cocaine, then this operation has potentially saved up to 14,000 lives.” In subsequent seizures Bali Police have seized another 68 grams of cocaine and some 280 grams of Ecstasy.

As for Kitty’s mother Rachel Dougall, she, say the Balinese authorities, was the contact person for Lindsay Sandiford when she arrived with her haul. She is referred in police reports as RLD and was the person who ordered Sandiford on her arrival to go to the Kumala Hotel, then the Nusantara Hotel and finally to Dumah Buitan, East Bali.

By this time Sandiford had already confessed to police who were monitoring Julian Ponder, referred to in police reports by the initials JAP. Ponder was arrested with the cocaine in his possession in his Toyota Rush and the police finally caught up with Rachel, referred to by police as RLD at the family villa set among green paddy fields in Belalang Village,  in the Tabanan District, north of the island’s capital.

Kitty parents’ fate was sealed with the discovery inside Rachel’s room of a pack of Marlboro Light cigarettes which contained 48 grams of cocaine and another pack in Julian’s room containing 20 grams of cocaine.

The Foreign & Commonwealth Office have now been informed of Kitty’s plight.

Kitty in The Sun