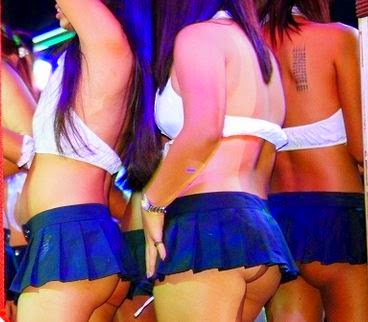 While reluctant to be categorized as a website for go-go bar crawlers, here follows a short report on a police raid on the ‘Windmill’ club in Pattaya’s Walking Street last night.


The club describes itself as the naughtiest go go bar in Pattaya and on its website has a testimonial for being the dirtiest one in Pattaya – dirty being not so much a state of  lack of cleanliness but a state of mind, which has obviously added to its popularity.

Anyway perhaps its popularity and naughtiness, and what was on show,  more than many other bars, may have induced jealousy. Pattaya Police last night raided the premises, made the usual arrests and dished out the usual fines.  This is the Pattaya way.

One you have paid your dues you can then conduct business again happy in the fact that you can continue to rent out your staff to local expats and tourists and not be classified as any sort of sex establishment.

It appears that British boss David Hamilton, 55, did not appreciate the finer points of working in Pattaya. 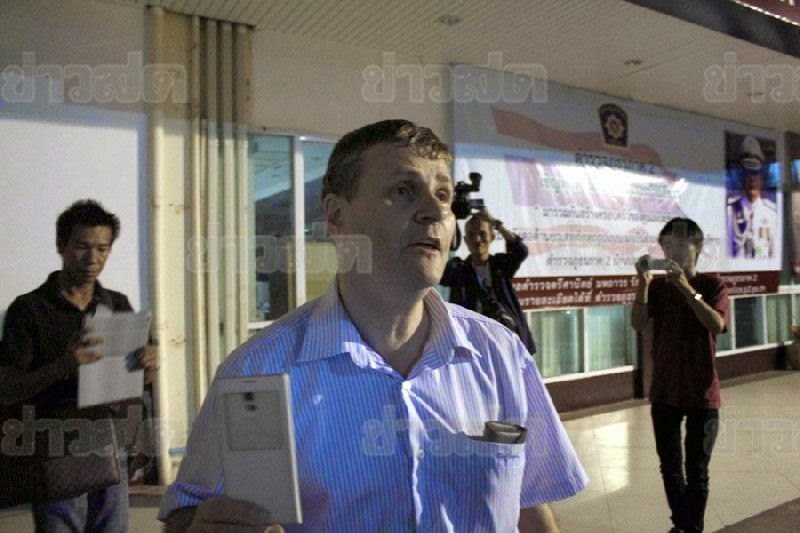 He was furious, perhaps having paid his dues already. He lashed out at local Thai photographers who were on hand as usual to record their usual shock at what was going on inside and later at the police station.

This seems to have upset the local media, who said they would lodge charges against him.

Never a good idea. It seems the matter may not end there. So there you have it. If you are in this business – take it like a man. Best policy – zip up. Don’t get lippy. You are after all breaking the law if Pattaya police chose to prosecute. 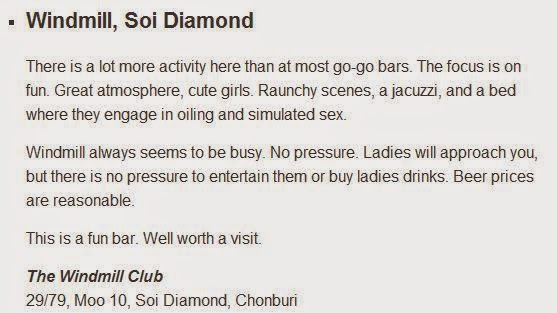 The Windmill Club seems to be the the Peach Tree Co Ltd.

That’s the current active firm at 29/79 Moo 10 Nongprue,(left) which is the Windmill Club registered to David and his wife Niphida.

Perhaps it went defunct this year because it was actually it was registered as ‘serving alcohol as a primary trade’ rather than selling houses.

And his name also shows up on a company in Thai called this – บริษัท เดอะ สแนทซ์ ฟาร์ม 2 จำกัด.

Now in English that sounds very much like ‘The Snatch Farm 2 Company Limited and it has a Walking Street Soi 14 address – next to a very un-secretive British club called ‘Secrets’.

Obviously David has a blue collar British sense of humour. But I can only remind him that the ‘Gobble and Go’ has gone now and the use of ‘dirty’ names does not always go down well with the authorities.

If you are farming ‘snatch’ and your companies smell of proxy snatch, and the police raid you; best to adapt the attitude of a ‘shrinking violet’. Being big in the sex trade in Pattaya is a temporal and often temporary thing.

The sex trade in Pattaya was the cause of some wonderment to a television crew filming last year for the series ‘Brits in Bangkok’. They included Pattaya, but not in the film title, and were in obvious bewilderment as they filmed with a British Volunteer policeman in Walking Street, who approached two girls who were attempting to chat up a couple of foreign men. He turned to the crew saying: “I won’t do them now. I’ll come back and arrest them later. Its against the law.” – this against a backdrop of a sea of girls, including Russians, doing exactly the same thing. 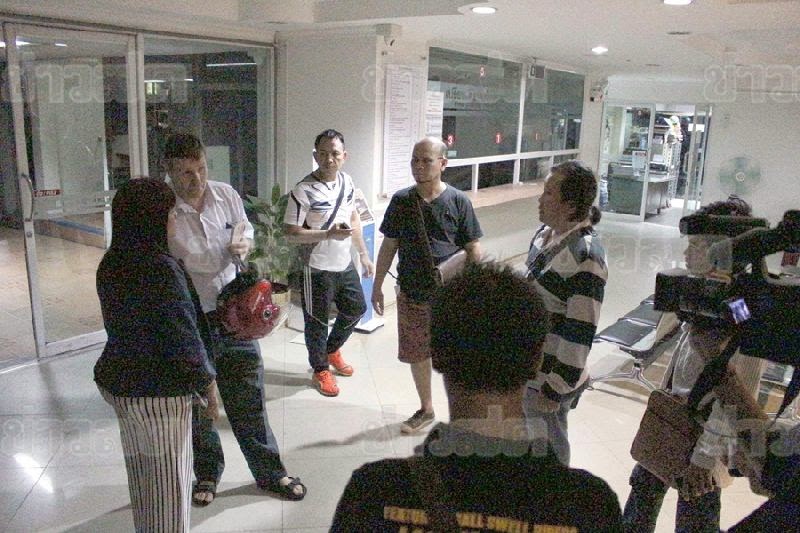 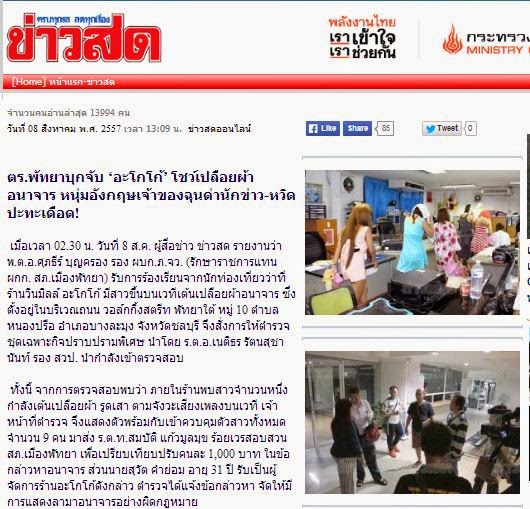