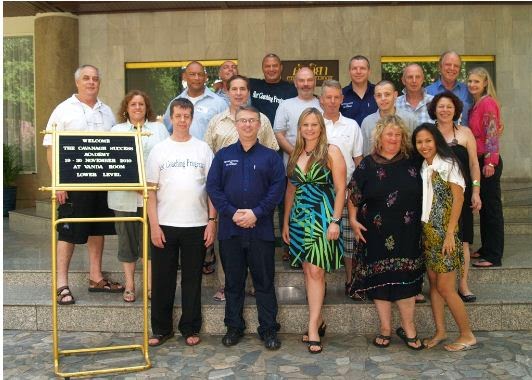 RAY TERET GETS 25 YEARS
‘THOUGHT THE COURTS WOULD DISBELIEVE THE ACCOUNTS OF VICTIMS AND DOUBTED THEY WOULD COME FORWARD.’

Teret, was awarded a certificate along with Drew Walter Noyes, former publisher of the now defunct Pattaya Times, for completing a special course in Pattaya on learning self promotion and also reputation damage limitation on the internet as well as ‘hiding’ on the web. The course was promoted by the Pattaya Times.

But Teret had a sordid secret past and may have had recent secrets too. There was applause from the public gallery as Teret was sent down, reports the Daily Mail.

The following is s report from Sky Television. 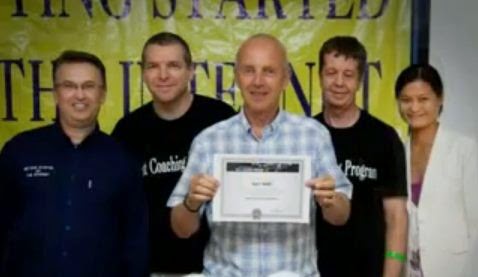 Ray Teret, a former DJ and close friend of Jimmy Savile, has been jailed for 25 years for a string of historical sex offences.

The 73-year-old was found guilty last week of raping and indecently assaulting a total of 11 victims in the 1960s and 1970s.

Teret, who was a DJ on the pirate station Radio Caroline, performed in nightclubs and youth discos run by Savile where he used his status as a local celebrity to single out vulnerable young girls.
Sentencing him at Manchester Minshull Street Crown Court, Mr Justice Baker said: “It is clear that you exploited your celebrity status to sexually abuse young girls when they were between 13 and 15 years of age.

“Those who were raped had little or no understanding what was happening to them and felt they could do little to prevent the abuse taking place.”

He said Teret’s “ill-judged cynicism” that his victims would not come forward was matched by his belief that the jury would not believe their accounts.

The public gallery, which contained a number of Teret’s victims, erupted into applause when the sentence was passed.

One woman shouted “Yes” and another said “Monster” as he was led to the cells.
Teret shook his head in the dock after the judge completed his remarks.

His offences came to light following the publicity surrounding Savile in 2011.

The first of his victims contacted police in October 2012 and Teret was arrested the following month.
After Teret was convicted, a lawyer for one of his victims and 169 of Savile’s, Liz Dux, told Sky News Tonight: “This is the closest we are ever going to get to having Savile on trial.

“Through the guilty verdict today, I know that the Savile victims will take some comfort that there has been a finding of guilt associated with Savile.”

Teret refused to apologise to his victims when confronted by Sky News outside the court in Manchester.

In the wake of his trial,Greater Manchester Police confirmed fresh abuse allegations by four women against Teret were being investigated.

Not connected to Teret but enforcement officials in Thailand have been asked to investigate the relationship between an American businessman and a 14-year-old girl and how the man’s name appeared on birth certificate of a male child.
The businessmen is due in the family court on February 9th in relation to the custody of a child by a young woman, who was not his wife.
This follows ugly scene outside a school in Mahasrakam, North East Thailand, last month.