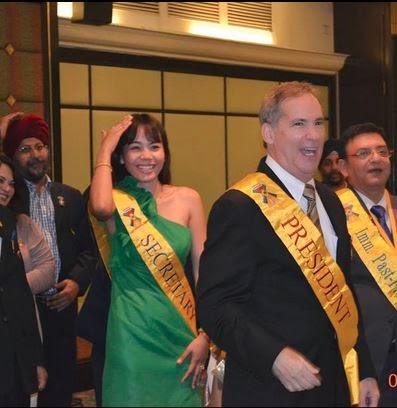 VICTORY FOR CHILDREN IN THAILAND?

A children’s Father Christmas defeated the President of the Lions Club of Bangkok (Silom 310D) at the Appeal Court yesterday in a story which will warm the hearts of all people who believe in Santa Claus, elves and fairies.

The appeal court confirmed that Drew Walter Noyes did not have a case against Dutchman Andre Machielsen, the former boss of Master Security in Pattaya – and a seasonal Santa.

Machielsen had lost a case of libel he had taken against Noyes, whom he said had accused him of being a drugs dealer on an internet website.

The two former friends had fallen out over alleged skullduggery at the Pattaya City Expats Club on Thailand’s Eastern Seaboard, which Noyes had founded but to which he could not find a quorum to vote him into office. 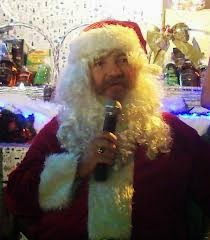 A witness from the Technical Crime Suppression identified the libel on a blogspot site as coming from Noyes’ email – but Noyes claimed that anybody in his office could use his email (and he had enemies there it seems) and it appears the judges initially accepted his story.

However when he attempted to counter sue claiming Machielsen had brought false evidence against him, looking at the evidence new judges refused the request.

And his appeal yesterday which was rejected by the Appeal Court confirmed that decision.

Andre Machielsen who has now sold his business and retired said he was delighted with the decision.

In a round about way it confirms he was right in the first place.

But Drew Noyes, former boss of the ‘Pattaya Times’ who is going through a trial for extortion insisted:

“I did not lose the case. The court did not accept the appeal to allow me to charge Machielsen after a prior court decided he was wrong to bring a case against me.”

Meanwhile a case brought by Nam, the Secretary of the Lions Club of Bangkok Silom (310D), against journalist Andrew Drummond that she had been libeled in an article stating that she had a close relationship with Noyes and had worked in a place of entertainment was accepted by Pattaya Provincial Court on three points.

Once again the article had not been translated to the court and was based on a photograph of a serving girl.

Drummond, (owner of this site) who had already been acquitted of libel in a case in which he showed Drew Noyes and his ‘wife’ Wanrapa Boonsu at a police press conference on the extortion charge with the caption ‘Going to Jail’ said he did not expect any trouble defending the case.

He was surprised however that Noyes had exposed Nam to public scrutiny in the courts.

Nam and Drew Noyes are in turn being sued by Ms Kanokrat Nimsamooth Booth for allegations made on Naam’s Facebook page.

“So far I and my team have defeated 13 out of 14 cases brought against me by these people Drew Noyes, Brian Goudie and David Hanks who are operating in conjunction. Their aim is to obviously deprive me of all my cash.

“All of them run supposed companies in Thailand.

“All are on bail on serious criminal charges. Noyes for extortion, Goudie for fraud and Hanks for running a money lending racket.

“As a direct result of assisting me Kanokrat has also been the subject of vile and vicious attacks on the internet.

“There is clear abuse of the Thai legal system and Computer Crime Act and we will be holding a press conference on this issue.”