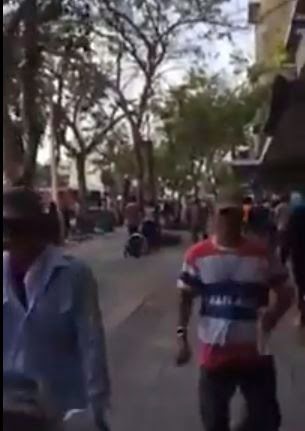 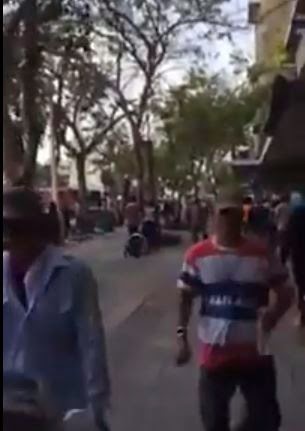 The shooting of a protester in yesterday’s violent clashes has been caught on camera and released on YouTube.  This video is of a graphic nature.

The protester appears to have been running away from the police as he was shot, possibly in the back of the head.

He falls down in a pool of blood. Protesters around him seem not to know what to do apart from shout ‘Somebody’s hurt’ repeatedly.

The killing is tragic. With yesterday’s escalation of violence with four dead including one policeman and the Prime Minister’s indictment for ignoring the corruption over the country’s rice policy, it surely must be time for her to take action – and action that will not result in more bloodshed on the streets.

(This video was yesterday blocked from Youtube. Its not a decision I disagree with. People should know that shootings are without reason, but it should not be left as a permanent source of grief to family and friends) 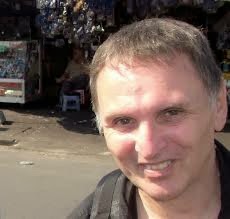 Not a good day today. I have heard that a friend David Walker, a Canadian journalist and old South East Asia hand has gone missing in Cambodia.

Dave is probably best known for the book ‘My Big Big Honey’ but he has done a lot of film work including a project I was involved in with the BBC’s Sue Lloyd Roberts – Self Loading Rifle.