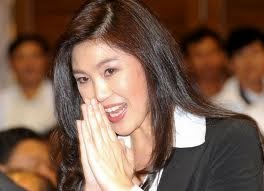 WE ARE BEING MISUNDERSTOOD! 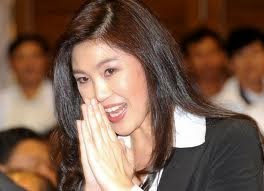 While back footed Thai Prime Minister Yingluck Shinawatra today put forward her suggestions for a Reform Council to be set up before the planned election, the anti-government factions released their own video ‘to the world’ to try and explain why they did not want to go to the polls on February 2nd.


Unfortunately the title of the video is ‘Massage to the World’.


And while the video in English appealed to the world to understand what the speaker said was really going on, the person writing the sub-titles clearly got a little bit carried away.

The narrator is however at pains to point out that the demonstrators not only want democracy but also want to clean the house first before moving in.

They say it is useless to continue voting in governments who treat the country as their own private company.

There is no mention of the Democrats,  or Suthep Thaugsuban, the protest leader.

But a reform council set up by the current government is unlikely to have widespread appeal because of the government’s alleged misdeeds.

There seems to be consensus in one area – successive Thai governments have plundered the country.

Are Thailand’s latest demonstrators above the corruption in Thailand, which is not restricted to Prime Ministers but permeates everyday business life, and inevitably ordinary people’s lives too?

If they are and can control their pi-nong (brothers and sisters) there’s hope. Of course there are still two elephants in the room – and one is Suthep, the protest leader.