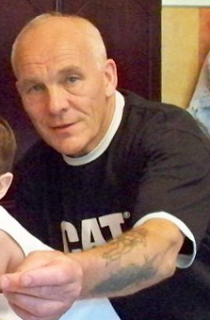 A British pensioner was charged the equivalent of US$10,450 for a divorce by Pattaya businessman Drew Walter Noyes and was then told he had to pay another US$500 (15,000 BAHT) a day for the lawyer to attend court.

Out of that US$500 was a travel claim for 5000 Thai baht PER DAY to attend the court in Chonburi from Pattaya.

American Phillip Venne the titular MD of One Stop Service Center Thailand put the charges down to ‘legal heavy lifting’ an expression not found in any law books.

But all that basically needed to entail was telling the pensioner’s wife little more than that she was not entitled to 250,000 baht a month in alimony and child support!

Below is part of the initial civil agreement where Noyes, or rather Wanrapa agrees to do all for 125,000 baht.  Drew Noyes did all the talking, said pensioner Ken Blundell, but Noyes got his common law wife Wanrapa to sign the agreement.

The dodgy payments were split between PAPPA Co Ltd., and Drew Noyes personal bank account, PAPPA has not filed any tax accounts for years. Nothing went into the account of One Stop (legal) Service Center

All the time Drew Noyes was pretending to by a high falutin lawyer and with top contacts at the court, police station and city hall.

He also slipped in a clause saying ‘his lawyer’, would 25 per cent of assets recovered from Blundell’s wife, Yuphaporn, should that happen.

Then Drew Noyes demanded another 90,000 baht (US$2,791) more for the criminal case or Noyes said he would drop both cases.

Having Blundell taking a criminal case against his wife was a novel approach.  Mr. Blundell trusted his wife to put the house in her name (She put it in her mother’s name, same-same-but-different, then raised a loan on its value). It will not be the first or last time it has happened but is not a criminal offence to lie to your husband and impossible to prove a wife cheated.

Eventually  Noyes relented on the last payment, but now 66-year-old Kenny Blundell, a retired heating engineer, from Croydon, not surprisingly wants a refund. He said he believed the story that both Drew Noyes and Wanrapa Boonsu were lawyers.

“I only found out recently when I Googled his name at the suggestion of a friend.

“I had tried a few other lawyers in Pattaya when my wife and I decided to divorce, because she wanted an astronomical amount in alimony and child support for our son Rocco. But none of them spoke English and I was uncomfortable with them.

” I decided not to pay him anymore. He shouted and screamed and said he would not help in EITHER of the two cases unless I paid.  But I stuck to my guns, and I think Wanrapa Boonsu or his real lawyer persuaded him that he had taken enough.”

Actually Noyes, or his representative, appears to have demanded Bt185,000 at an early stage for the criminal case. That’s three times the rate of a fairly expensive Pattaya lawyer. And Ken signed. But it was invalid anyway because not case was filed. The 94,000 he paid bears no relation to the cost of the work, ‘preparing of the plaint’.

Added Ken “My wife was seeking 250,000 baht a month in welfare for her and our son – but the court decided she should have only 15,000, meanwhile she has to pay me a certain amount a month money owed, which is deducted.”

“When I tell friends about what I had to pay they say I must have been mad.

“Drew Noyes told me he was a lawyer. I thought Wanrapa was too.”

Mr. Blundell has hired new lawyers in Bangkok to seek the return of his cash or charge Mr. Noyes with obtaining cash under false pretences.  Of the 15,000 baht lawyers fee per appearance, 5000 baht was for travel expenses to and from Pattaya – about the same price as a return air ticket ticket to Chiang Mai!

So far Noyes has passed the buck to an American working at his office Philip Venne. He described Mr. Venne in his ‘Pattaya Times’ actually as joint managing director of One Stop Service Center.

In a reply Philip Venne states:

I have discussed further with our legal team the work our office performed that ultimately led to the successful resolution this past week of your property and child support concerns.

As laid out for you in meetings with Drew Noyes in February of this year, our team undertook a two-pronged effort to win the concessions you wanted from your wife: we used both civil and criminal law to bring about her final agreement to settle and to allow child visitation rights each and every week.
This is how we won the case for you:

You hired One Stop Legal Services on 11 February 2013 to gather evidence in support of a divorce from your wife; to attempt private mediation; and to prepare a divorce settlement and child-support agreements. These would allow you to file for your divorce at the local district office.

Our agreement was that we would attempt private mediation with your wife as best as possible. However, if this mediation failed, we would as part of this agreement file a case at the Chonburi Family Court, which we subsequently did.

Because of new information that surfaced since the Civil case was agreed, you discussed taking further action and requested we institute criminal action against your wife. As stated in our (second) agreement with you dated 28 February 2013, Atty. Ekasit was requested to research and prepare documentation for a separate case to be filed at the Pattaya Provincial Court on criminal charges.

Atty. Ekasit reviewed all details of this case, including the new information you provided, from the perspective of criminal law, and agreed there were merits to proceed.

A court “plaint” representing dozens of pages were prepared by the attorney for the court that would lead to the filing of criminal charges.

These documents were in fact shown to the Family Court mediator last week and to your wife, and you will recall that knowledge of the criminal case led directly to her immediate agreement to reduce her claim by an amount I estimated to be in the range of THB 1-2 Million (22,000-43,000 Sterling)

Preparation of the criminal plaint required our lawyer to research the legal issues, assemble relevant documents and finalize the case for submission to the court. In other words, the legal “heavy lifting” for the criminal case was concluded prior to our visit to the Chonburi Family Court on July 17th.

In conclusion, we performed all tasks for which we were hired under terms of the two separate Hire-service agreements of February 2013, and have successfully concluded the matter in respect to your divorce, the division of assets and child custody of Rocco.

I attach the two invoices that relate:  the first for expenses in the civil case; and the second, the payment due in March for the criminal case.

We posed a series of questions to Phillip Venne, who often escorts Noyes to court on his various cases.

Mr Blundell has passed on this letter to me for consideration. I understand (at least according to the Pattaya Times*) you are joint managing director of One Stop Services with offices in Keha Tower, Thepprasit Road, Pattaya.

Further what mode of transport is your lawyer using to go from Pattaya to Chonburi? Could it perchance be a high fuel consumption M1A1 Abrams tank?  And is that what you mean by ‘heavy lifting’?

Mr. Noyes has no legal training in divorce law, or any law for that matter. He has however gone through a few divorces.

* Not the most reliable source. I am always surprised when I check the Department of Businesses Development to find directors are changed and switched on a regular basis on Noyes related companies.
COMMENT: There were no extenuating circumstances under which Ken’s wife could have claimed an amount in alimony and child support amounting to more than his pension, particularly as he had already given her the family home. DREW NOYES WOULD KNOW THIS. Noyes himself contested a case of child support brought against him – and was only ordered to pay 10,000 baht a month. While a lot of complaints have been made about Noyes’ business it should be pointed out that this style of law service is widespread in Thailand.  A foreign national employs cheap Thai lawyers but used his spiel to pull in the punters. The integrity of the foreigner is paramount other wise the customer will be chiseled. Noyes took it to a total new level by inventing a persona that did not exist. We’ll be looking at another company shortly.


An military expert writes: Actually it would take a lot more than 5,000 baht to drive an Abrams tank from Pattaya to Chonburi and back – more like 20,000 baht. So perhaps Mr. Noyes has made an economical cut here.