POLICE IN THAI ‘ROYAL RESORT’ AT YOUR GANGLAND SERVICE!

These are the moments a Thai policeman handed over a gun to a former ‘Double Category A’ British convict in the Thai resort of Hua Hin. 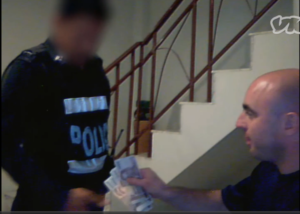 The recipient was Jason Coghlan a convicted criminal and bank robbery and brother of the boss of one of Britain’s most violent criminal gangs – Arran Coghlan – known as the Teflon Don because three murder charges failed to stick against him.
The Thai policeman simply wants cash. ‘This is to protect yourself,’ he told Jason Coghlan who then went on to use it to terrify foreign residents who had bought into houses on the Avalon (Now renamed Khao Noi)  estate in Hua Hin, who were giving the developer Dutchman Dingeman Hendrikse (see Gangland Britain in Thailand – Dinkie’s Enforcer) some grief.
Coghlan knew the policeman was on his way to deliver the gun so he took out insurance. As he greets the policeman at the door his girlfriend turns on the camera and rushes upstairs. 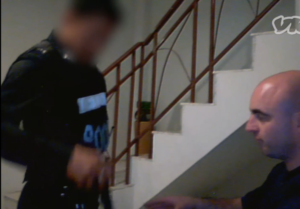 The policeman comes in. Jason sits down in front of the hidden camera to record the scene and hands over a wad of cash. The policeman then produces the gun from behind his trouser belt and hands it over. 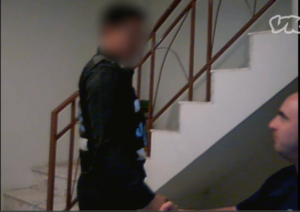 They shake hands and Coghlan wais and the policeman is on his way and then former armed robber Jason checks out his his new lethal purchase. 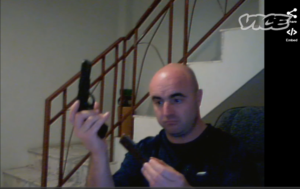 If this scene suggests that Thai police are the mafia in Thailand then that may not be far from the truth.
But there is no honour among thieves and Jason recorded the video for insurance.

“I did not want the police raiding my house the next day demanding ten times the amount I paid for the gun to get off firearm charges so I kept this record,” he said from Spain last night 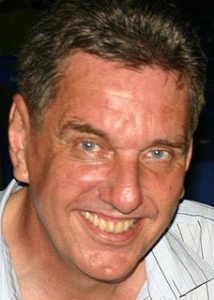 On the other hand Jason is not a grass and insisted that the Thai policeman not be identified when he gave the video to VICE TV and allowed me to show it. Jason has now gone ‘straight’.

He later fell out with Dutchman Dingeman Hendrikse (Dinky)  and subsequently police did raid premises where he had previously being staying – namely 81 Avalon -where he shot at plastic sharks at his swimming pool and ensured Hendrikse’s bills were paid.
Jason says he is now committed to stay on the right side of the law. He  runs a law office called Jacog Law in Marbella – the original Costa del Crime and a favourite haunt for Britain’s criminal fraternity. 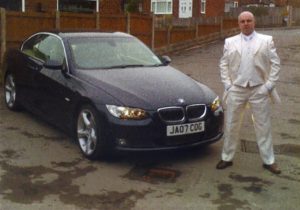 Thailand has of course long been a favourite to take over the position as a criminals preferred destination.

But major stumbling blocks preventing the country being No 1  have always been the wives, or ‘molls’ who do not like the competition from Thai women and the distance from their UK homes and their families. 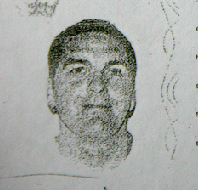 Hua Hin is of course the home of Darren Oxley who has one of the biggest mansions in the resort town. Oxley, described as a violent man and a man not to meddle with, fled while on trial for drugs dealing in Sheffield – see report here.
His wife Janpan and two others were convicted of the attempted murder of Donald ‘Biff’ Whiting a former US Marine, who had bought a home from Oxley who runs a development business in Hua Hin. She was given bail to appeal. 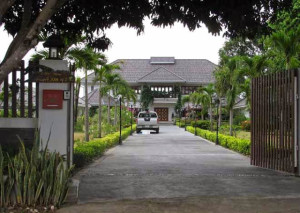