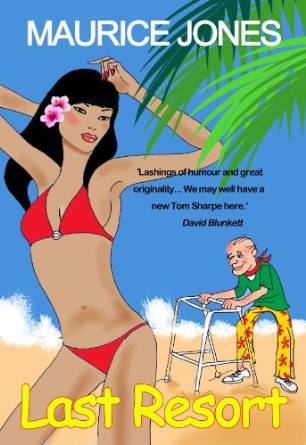 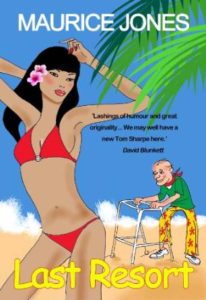 In its continuing onslaught against foreigners Thailand has cut short the annual holiday of British journalist and author Maurice Jones and told him to get packing in seven days.
Jones, a well-known and feisty journalist front the north of England wrote the amusing novel ‘The Last Resort’.
The novel was based on a scheme by the leader of a cash strapped local council to outsource its care for the elderly to Thai resorts – on the basis that it would be cheaper that running ‘Old Folks Homes’ in the UK,
Jones is now retired and spends four months a year in Thailand and as usual he says had applied for a 90 day visa with the assurance that it could be extended by 30 days. This assurance was given by the Thai Consulate in Liverpool.
The Samui immigration Office has told him no – he has seven days only. Jones,70 from Waterfoot, Lancashire wrote to the Bangkok Post.

“Warmth, friendliness, beauty in many forms, exquisite cuisine — and the ever-present sanook. That, for me, sums up Thailand
“If I may update Dr Johnson’s famous comment about being tired of London, the quote for today’s world should read: “He who is tired of Thailand is tired of life.” So last week came as a shock. After visiting Thailand for almost 20 years, I was told that a written visa entitlement, granted and paid for in Britain, was being over-ruled by the Koh Samui immigration office.”

He adds that he has written his letter more in sorrow than anger:

“ I and all people of goodwill towards Thailand, want to see the country progress and continue on an upward path in the years ahead — hopefully realising its immense potential.“ 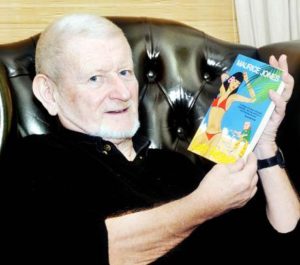 He certainly understands Thai culture but alas not everybody is up to speed on what is happening in Thailand at the moment.

The trickle of foreigners wishing to leave has turned to a stream – and others are simply being made to go. I am not sure its going to be a flood.  There will be people gripping on my their finger nails.
Maurice edited ‘The Miner’ of the National Union of Mineworkers under President Arthur Scargill AND they did not always see eye to eye. He is a former Yorkshire ‘Journalist of the Year’, is by no means naïve.

He seems to have a fascination for Koh Samui, an island I would only go to in the last ten years if paid by a newspaper or attending a court case
His satirical book contains what goes wrong when pensioners are sent to care homes in Thailand. In the book they died on the job with Thai hookers and in other mysterious ways and the subject of euthanasia was also touched on. The cover shows a pensioner with his Zimmer frame ogling a girl in a bikini on a beach.
Foreigners will not get a tremendous amount of sympathy from the local population I am afraid, though resort operators will be concerned. A few of my Thai friends have commented recently that they are either sick of or bored 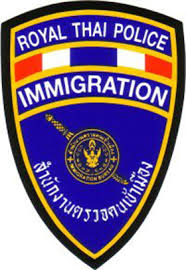 with tourists.
Actually my old sparring partner Mr.ThaiVisa is quite a good source on what is happening in this area at the moment as are other websites. However the people who seem to be affected most are not the foreign criminal community who can cross palms with gold, but genuine tourists, and less well-off people like teachers.  Foreign criminals do not bother with visa runs so this will be interesting to watch.
The immigration is now printing forms for foreigners to sign demanding such details as what vehicle you drive, your social media profile, overseas addresses, bank accounts , locals who can contact you, where you ‘visit regularly’. That will certainly set the alarm bells ringing for a few Thai Visa posters.
Forget about Thai equivalent of the Data Protection Act. Once you give this information to the Thai government you are giving it to the world. Such is the corruption there is always someone who will release it for a small fee.