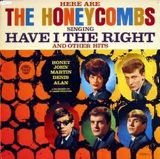 The Flying Sporran gets down and dirty in the beer bars of Pattaya to hunt down an ageing rock star who has reportedly faked his own death to avoid massive tax debts and now opened his own bars in the resort. In the process he meets an ‘Ex SAS’ man, and a former ‘armed robber’ .

It wasn’t like the good old days.  It used to be girls screaming so loud that he could not even hear all the notes he was playing, said Dell. Panties dropping on the stage by the dozen.  Now the noise was a cacophony of different sounds competing against each other in a Pattaya beer bar complex…and the panties here might contain a few surprises and at a cost.

“I’m never going back to England. My funeral has been held. People have mourned – and my tax problems are solved,” said Dell, in the VIP bar beer centre in north Pattaya, which contains mainly ‘kateoy’ or lady-boy bars.

Now bald, tattooed and 63, Dell, as he likes to be called, sighed as we pulled up a YouTube video of Denis D’ell lead singer of the Honeycombs whose hit song hit the top of the charts in Britain and Australia and number 4 in the United States back in the Sixties.

A little tear seemed to well up in the corner of his eye as he called over his Thai ‘wife’ called Earn to have a look at it.  Earn, from Buri Ram, who runs ‘Little Earn’ bar, a reference also to the British Eric Morecombe and Ernie Wise comedy duo, rolled her eyes.

‘That’s me,” he said pointing to the wavy haired leader singer, aged 21,  born Denis Dalziel, crooning away their hit song ‘Have I The Right’ produced by legendary 60’s producer Joe Meek – the subject of the recent film ‘Telstar’.

“We got nothing,” said Dell, ‘Nothing!”. My £2.5 million house in Ilford (Essex) I bought from other projects.

Dell dragged out his photo albums. There was his open topped Mercedes. Then his mansion. Then him with his Fender guitar. “I’ve still got it!”

Could this really be the same guy whose death certificate I had in my pocket, signed off by his wife and a doctor?

Denis D’ell, 69, has a few years on Dell boy in Pattaya. But Dell boy did have sort of similar features to the D’ell in the last public pictures taken before he died. Both have earing in their left ears and ornate finger rings.

A couple of drinks and I was singing along. ‘Have I the right…. to ask you?’

But then the game was up for Dell boy. He rolled up his right sleeve. There in its full glory  was the wings and dagger badge of the SAS (Special Air Service) – Who Dares Wins.

He said he had joined the SAS from the ‘Royal Corps of Signals’. Probably the roughest period was ‘Uganda’, he said.

By this time I was thinking: ‘Of all of the gin joints in all of the world why did I have to walk into his’.

Did I know Catterick? he asked. That was where the Royal Signals were based. Nope I replied. I was with the Queens Own Cameron and Seaforth Highlanders. Our bases, when I was with them, I said, were at Fort George, Inverness, and Waverley Barracks, Berlin. I couldn’t help joining in. The last bit was technically true but I continued:

“I was assigned to the  Scots Guards during the Falklands War got a few of them argie b*gg*rs!” somewhat exaggerating my real role stuck in the Ministry of Defence in London now on a newspaper.

This I thought could be fun, but instead  Dell was off  in a racist rant against all foreigners, oblivious to the fact that here he was one, and that he had married a woman of Ghanian descent.

Dell boy failed on the questions of how many brothers and sisters he had, the name of his producer, how his producer died (took his own life).

And as the evening progressed he took me on the rounds of the VIP Bar Beer centre in North Pattaya.

Most of the girls, well weren’t. One a Thai man with a stubbled chin seemed to have merely donned a dress, over his masculine physique, and hairy legs, because he probably thought this was what the ‘farangs’ wanted. And who could not forgive him?

Dell meanwhile seemed to be confessing that he took part in three armed robberies, for which he was the armourer, had spent time in Elmley Prison, Isle of Sheppey, for beating up the guy who slept with his wife, and was acquitted of one armed robbery charge, after sending a pal to Thailand with his passport to provide an alibi.

Now he was doing brisk business in cigarettes to the U.K. and sexual stimulants from Cambodia to Thailand.

“He was a copycat,” said my Dell. “He probably changed his name by deed poll”.

There’s an element of truth in all this of course.  Then of course readers of this site will know a little invention by the subjects here has taken them a long way. Then of course I also understand the Pattaya bar girl chorus of ‘farang kohok!’ and here that element takes on its own dimension.

I think I have met the definitive Pattaya Brit.