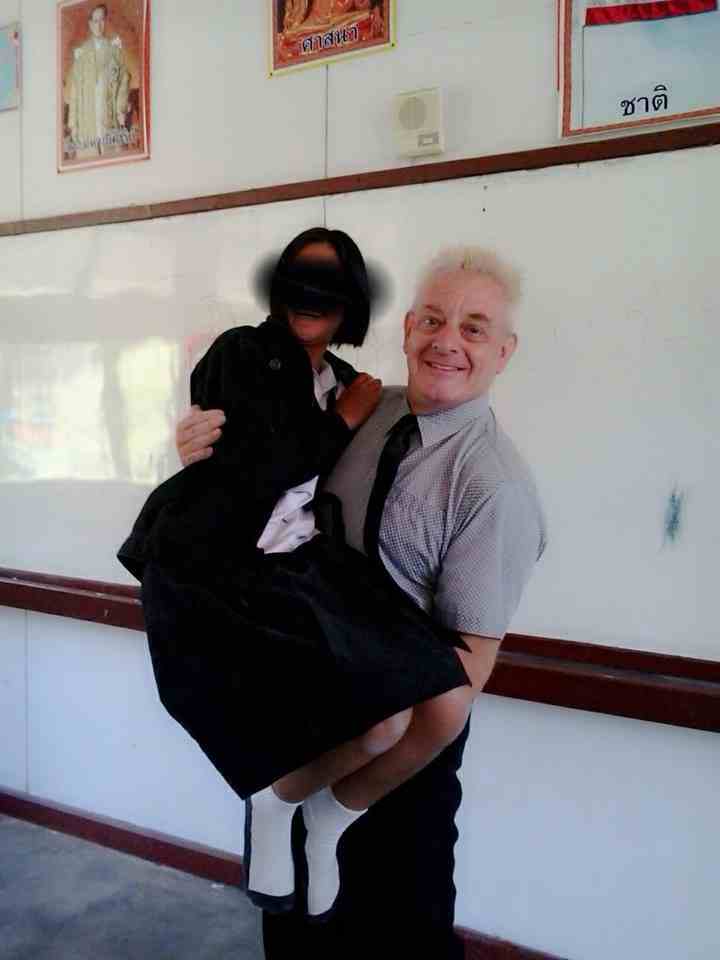 A British registered sex-offender who used a false University degree obtained in the Khao San Road to get a job in a temple school in suburban Bangkok was being held at the Immigration Detention Centre last night. 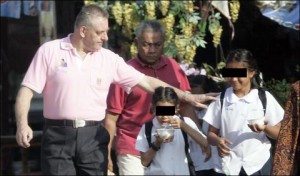 Alan Thomas Smith, 54, from Accrington, Lancashire, was seized after leaving the Nong Yai temple school in Sai Mai, North Bangkok, where he had obtained a job teaching English.He claimed falsely in his job application that he had previously worked for UNICEF – the United Nations Children’s Fund,  had a degree from Manchester University – and produced a reference for his good behaviour between 2001 and 2006 by a British security company.

Bangkok based British investigative journalist Andrew Drummond confirmed to Thai police that Smith did not have a degree from Manchester University, had never worked for UNICEF, and in 2005 was in jail in England on a child sex charge. 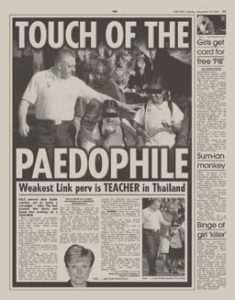 Smith had been placed on the British ‘Sex Offender’s Register’ in August 2005 for seven years and jailed for 6 months. He admitted indecency with a 14-yr-old girl. He was also investigated for indecency with a young boy, and forcing an under-aged girl to watch pornography but these offences were dropped after he entered a guilty plea.

The judge at Burnley Crown Court in Lancashire, Anthony Russell Q.C. described Smith as a ‘sex pest’.
Police Colonel Jarut Surattuyaporn, of the Metropolitan Police Women and Children’s Dept., applied for Smith’s arrest and blacklisting, working closely with Sudarat Sereewat of the National Committee of Child Protection. Such an order was signed on Wednesday and carried out by officers of Immigration Police. 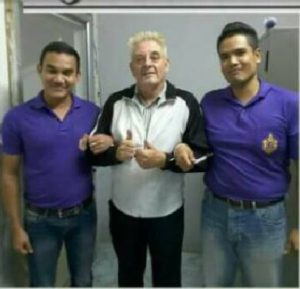 Under arrest in Bangkok. The arrest was delayed while CEOP repeatedly went to the ‘wrong’ police in Bangkok.

The arrest of Smith comes after a series of cases of foreign paedophiles caught teaching in Thai schools including the case of Canadian Christopher Neil, 32, ‘Mr. Swirly’, who had got a job teaching in Ramkhamhaeng.

Journalist Andrew Drummond who tracked down Smith and reported on the story for the ‘SUN’ said that Smith was known in England as having being a winner on the BBC quiz show ‘The Weakest Link’ hosted by Anne Robinson.

‘He was also known as ‘Stan the Monkey’  the mascot of Accrington Stanley Football Club, but unfortunately he had to be replaced by Fraser the Eagle after he was arrested on child sex charges.

Sudarat Sereewat of the Ministry of Social Development and Human Security’s National Committee on Child Protection said: ‘We are glad this man has been removed from the school.

‘But I would like to see some more co-operation from the British authorities particularly the CEOP (Child Exploitation and Online Protection) department of British police.

‘This man could have been removed sometime earlier had CEOP gone through the proper channels.’
Andrew Drummond said he received a tip from an informant who said he had ‘drawn a blank’ when he tried to tell a British Embassy official.

‘This was unfortunate as the British government has spent tens of thousands of pounds on courses to teach Thai police how to spot and deal with child sex offenders in Thailand.’

Smith protested saying he was only giving back to society: ‘I only gave a girl a wedgie!’* he added.
* WEDGIE: ENGLISH SLANG An adolescent’s prank whereby a victim’s underwear is pulled vigorously upwards between their buttocks, thus causing great discomfort to the wearer, but apparently much hilarity for the prankster.