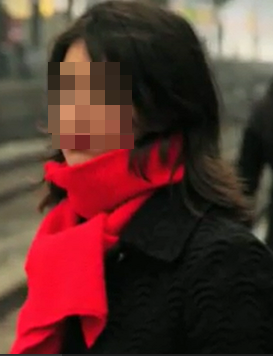 “She was badly beaten. Rapist would have killed her”-  she said

Police in Krabi said today they were determined to hunt down and catch the man who brutally attacked and raped a European model celebrating her 19th Birthday in Ao Nang.

They said they had CCTV footage of the man with the model, DNA samples taken from the victim, and were hoping to close the case quickly.

His arrest had been complicated by the fact that he had left Krabi Province and has also changed his mobile phone, but they were hopeful of a result within a month.

The young model, from Amsterdam, who holds both Dutch and Israeli citizenship celebrated her birthday at the Chang Bar in Ao Nang on the night of the 27th and 28th of July.

Her boyfriend had left at around 2 am feeling tired and she said she would follow on.

She was last seen chatting to a Thai tourist guide and it is this man who she identified from a photograph as being her assailant.

An arrest warrant has been issued for the arrest of Chumphon Khawnuang and foreigners might be able to help as he might be trying to get employment in the tourist trade in another resort area.

The father, a musician,  contacted this website as he was concerned that he had not heard of the arrest of the suspect who was very well known.

The victim his daughter is a very attractive model who features on the internet in a music video and also in model photo shoots..

Musicians in Amsterdam had discussed with the father even composing a song ‘Catch the Krabi Rapist’ but they have been asked to be patient while the police hunt continues.

The father says his daughter was treated well by the police. She was intervieed by a woman police officer and she was able to give evidence in court prior to leaving the country.

Here follows the account of the young women’s Dutch boyfriend:

On the 27th of July we went to Chang Bar around 11.30 to celebrate Xxxx’s upcoming birthday. Around 2 am we walked outside and I went to fetch the scooter.

“ “The next morning around 9 am I was woken by the owner of Nature View guesthouse telling me that the hospital was on the line and wanted to talk to me.

“The nurse/Dr told me that I must go to the emergency room ASAP.

“As I walked into the Emergency Room xxxx was sitting on the hospital bed crying and very traumatised. I asked what went wrong and she said ‘I was raped’.

“When she got of the scooter the Thai guy grabbed her and pulled her further away from the road and threw her down on the ground.

“He overpowered her. She said if she didn’t stop fighting him he would’ve killed her, as he was very aggressive and was beating the last energy out of her until she was very weak.

It is understood that the victim was offered an inducement to drop the case  by the alleged rapist’s ‘sister’, another bar owner in Ao Nang. The offer was refused.

Both the Netherlands and Israeli Embassies in Bangkok have been giving consular assistance.