-INTERNET DATING BLAMED –
Its Thai Brides week in the British Press, or at least the Daily Telegraph, and the Government wants to close a few loopholes without being accused of ‘social engineering’.

It seems ‘single’ pensioners have been taking on Thai brides and then claiming pensions for having them – even though the wives have never contributed to the system – see this link.

Actually the British Government does still not appear to have cottoned on to the fact, much discussed in Thai wives groups in the UK – and even reaching such far flung posts as Udorn Thani, Buri Ram, Khon Kaen, Surin etc., that having married a Brit and got a couple of kids, if they were to choose to leave their husbands, they would get near the top of the housing queue.

I’ve just had lunch with a Brit whose wife just did that. And their daughter had already left home. The mother used to work at what I call the ‘*** ****’ in Patpong which shut down 20 years ago I’m told. She does not want to return to Thailand.

Worse: Last week I was in Khon Kaen speaking to a father who married a girl from the ***** ****** in Pattaya and lived happily, he says, for nine years.
They had three daughters born in the UK, who were to all intents and purposes English, then the wife suggested: “Why don’t we go back to live in Thailand?”
The father said okay, sold his house and put the £80,000 from the sale (The house was in the north) into his wife’s bank account and stayed behind to tidy affairs. Well I know you’ve guessed the rest. 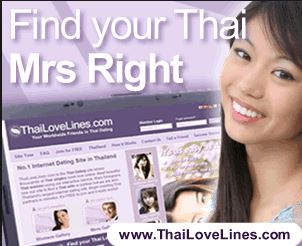 But to cut a long story, she told him to get lost, spent the cash from the house, sent the kids to live with their granny in the sticks, while she went to work in O*****d Tower, Singapore, very close to an area known as the ‘Four Floors of Whores’, doing seven 30 day stints, and finally picking up another Brit in Pattaya, returning to the U.K.  on her settlement visa, and moving into his council house.
The ditched husband was hospitalized for stress. In fact for two years he seemed to get every stress related ailment possible. But eventually he recovered, went back to work from a friend’s sofa, got a new home (rented) and went to the back of beyond of North East Thailand and found them. Their teeth were rotten, they had head lice, he claimed, and the eldest now 13 could not even do simple arithmetic.
He wanted to take them home but the British Embassy would not re-issue him with passports. This was on account of the fact they he could not return the originals as his wife had them.
“But they’re British,” he protested. Ah here’s the catch. Most Brits in Thailand (with Thai wives) get their children both British and Thai passports. That is so the kids can leave Thailand on the Thai passport and arrive in the UK on the British passport and leave Britain on British passports and arrive in Thailand on Thai ones.
Well that’s all and good. But if they enter Thailand on Thai passports then that limits what the British Embassy can do. In a recent case where a Briton’s wife got into trouble in Hua Hin the husband actually fled to Victoria Point in Burma (sorry Myanmar) and brought him back in on a British passport so that the authorities could not mess with his son.

The ‘Khon Kaen’ dad could of course have reported the passports stolen, but he was, er, too honest and by then it was too late.

It was tragic to see the anguish in eyes. He may never see his kids until they are teenagers and can make their own minds up.
The wife is back in the UK of course instructing the granny and grand-dad to keep the father at bay and doing late shifts in a Thai restaurant.
.
Unless the Embassy corrects me, is this. She could bring them back and actually apply for government housing, plus all sorts of allowances.
(But that’s the British way but, I’m guessing, not one supported by David Watson, a UKIP candidate featured recently here.)
But then, heaven forbid, she might have to bring up her own children!  North East Thailand is on another planet where the grannies are of course the mothers.
Anyway you will notice above I have included an ad for Thai Love Lines. This is not because I support such a venture but just to show even they can put a gloss on some very strong negatives. Read this, which regurgitates, not necessarily accurately, some stories I have covered in the past.

* Names of bars, sex areas, have been removed to act in compliance with British Health & Safety and FCA regulations.
My bride does not love me and I feel such a fool
World Funniest (albeit dated) Thai Bride Agency Video

The comments are not mine!

The most ill conceived relationship


And finally a VERY TRAGIC film someboy posted on my Facebook page.