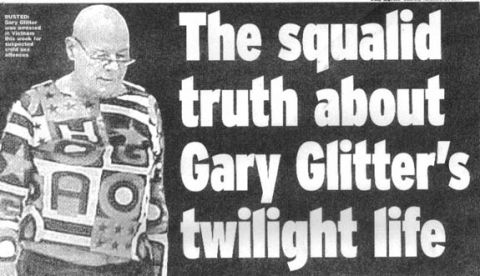 They have included magistrates, teachers and social workers. The former
deputy head of a children’s home in London has been charged with
offences against young boys and got bail with ease.
When interviewed recently he said: ‘I have no worries. I will be acquitted. Of course I am innocent.’
The man, who has been exposed for alleged offences in the UK, may be
right when he said he has no legal problems, as can a former British
Honorary Consul in Pattaya, who was entrapped by a newspaper for dealing
in child pornography.
So serious is the problem from British paedophiles that Sudarat
Sereewat has called on Britain to cancel the passports of all British
citizens convicted.
‘Of our current caseload in the Thai courts the Britons are right at
the top of the list with 18. Next are the French with 12 followed by
nine each from Germany and the United States, and five Swiss and five
Australians,’ she says.
‘There are legitimate reasons for stopping these Britons from
travelling to South-east Asia. If they get caught here there is ample
evidence that money can solve problems.
‘Even the parents can be approached by lawyers. The parents would
rather take cash sums than let their children go through the court
system. Some just see it as a damage which should be paid for.
‘We would be glad if these paedophiles were simply prevented from arriving here.’
Meanwhile, as the Glitter drama continues, there are indications that
this is becoming too much of a headache for Vietnamese authorities.
‘We are very confused in dealing with this case,’ a Vung Tau People’s Committee source was reported as saying.
‘If we bring him to court it will be legally complicated as it involves the detention of a foreigner in Vietnam.
However, if we don’t bring him to court, other countries will not respect Vietnam in the field of fighting child abuse.’
‘That’s quite typical,’ says another source. ‘Vietnam can save face
by deporting him, while at the same time taking something under the
table to dismiss a prosecution.’
Footnote: Glitter was finally charged with child abuse, but
he was allowed to escape child rape charges after paying the families of
two girls US$2000 in a settlement agreed with police and the court.