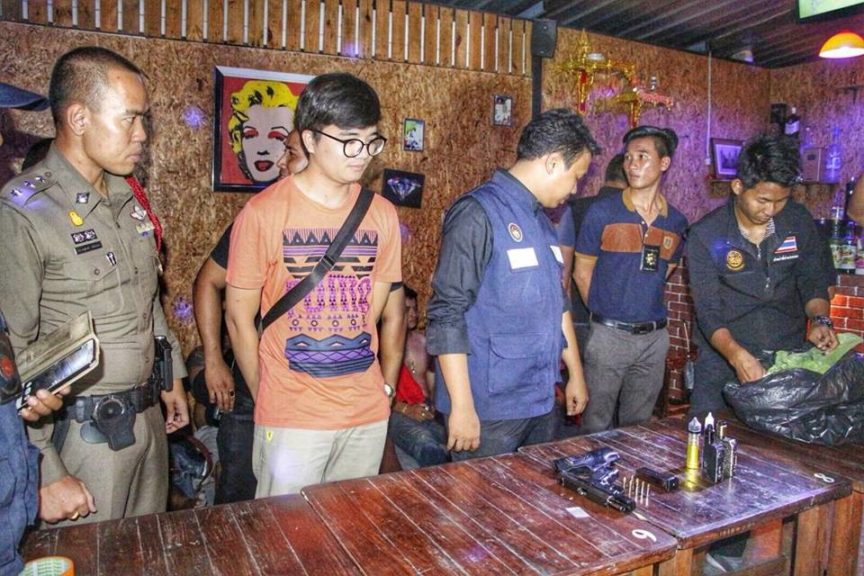 The recent arrest of the three sons of Niels Storm Martens Colov, the former Copenhagen gangster who rose to the dizzy heights of newspaper publisher and chief of the Foreign Tourist Police Volunteers in the seamy Thai resort of Pattaya, unfortunately cannot be taken in any way as part of a clear up of corruption in the city.

Bjorn Colov (Thanapong Thanomsom)24, was arrested with his two brothers, Rolf Kittikhun Colov and Pong Colov in The Street pub in Pattaya’s Third Road.  Bjorn had a load 9mm pistol and his brothers tested positive for drugs.

The raid was apparently ordered by the local authority and carried out by Pattaya Police after complaints from neighbours about goings on in the pub – owned by the Colovs.

Poor guys. The police described it as a ‘big’ case. This may be because they have been nicked before. I hope its not because they were also accused of ‘vaping’!

The raid can be taken as another sign of the waning influence of their father Niels, who did time in Copenhagen on various criminal charges including pimping and enforcement.

Colov is one of hundreds of people who have re-invented themselves in Thailand. In Denmark it is illegal to mention his previous convictions this is because he has been ‘rehabilitated’ and has not had any convictions in Denmark since. The reason for this of course is because he has been committing offences in Thailand for 30 years not Denmark and had managed to ingratiate himself with the police and the local Mayor.

He now no longer has the cash and, if it has not already, the Pattaya People print version will shortly disappear from the streets. After the arrest of his sons the Thai media described them as the sons of a local ‘celebrity’.

On Facebook #DrewNoyes is still offering for sale (for three years now) his ‘Athena’ Gentleman’s Club in Jomtien – a club which failed to open. 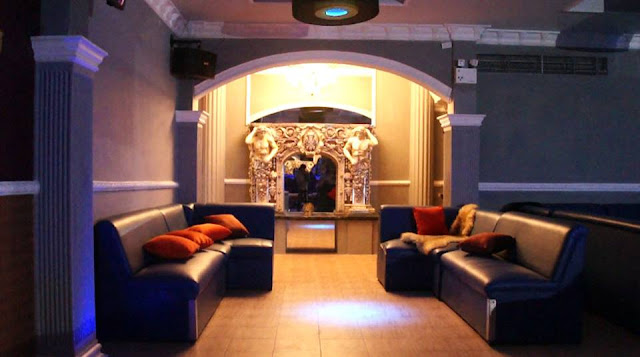 And he’s offering a Thai visa and a work permit to the buyer.
He also is still claiming he has a licence for a ‘Gentleman’s Club’ which of course in Pattaya means brothel. 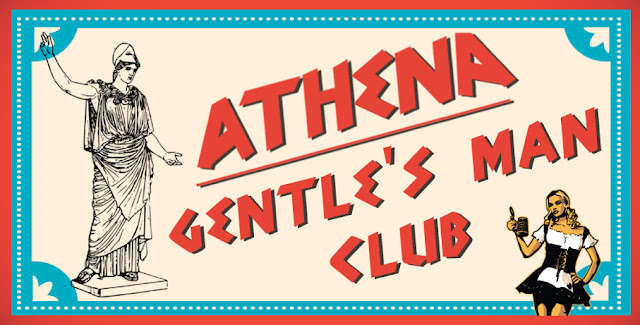 He describes earlier how he had been ‘called back to America’ failing to tell his readers that he actually fled just before losing his appeal and conviction for extortion at the Pattaya Criminal Court.

Despite also setting up a newspaper ‘The Pattaya Times’ and fraternising with police and local mayor Noyes could not expect acquittal because one of those he attempted to extort out of 7 million baht was a Thai national.

Back in the U.S. he has again created another false C.V. in the very town where in 1996 he was exposed by the local paper ‘The Star’ – for doing just that, and ripping off a few people in property.

The military junta meanwhile, which has been arresting Russians for cashing in on the ‘nonexistent’ prostitution business for which Pattaya is, err  ‘ not known’, is also shoring up the eastern seaboard to win the polls there in its promised election next year.

Joining them is Sontaya Konplume, a former Minister of Tourism and Sports in the Thaksin Government so loathed by the junta.

Sontaya’s father is Somchai, aka, Kamnan Poh, Thailand’s most famous mafia godfather of the eastern seaboard, who has been convicted of murder and corruption and not spent a day in prison in 20 years despite a 25-year sentence.

The Thai mafia, which police deny exist ‘otherwise we would know about it’, is clearly in its ascendency.

As we reported here such was Somchai’s good conduct while not in prison (and regularly hosting parties in his Chonburi home) that the newly crowned Rama X of Thailand has given him a full pardon.  Aaaah.