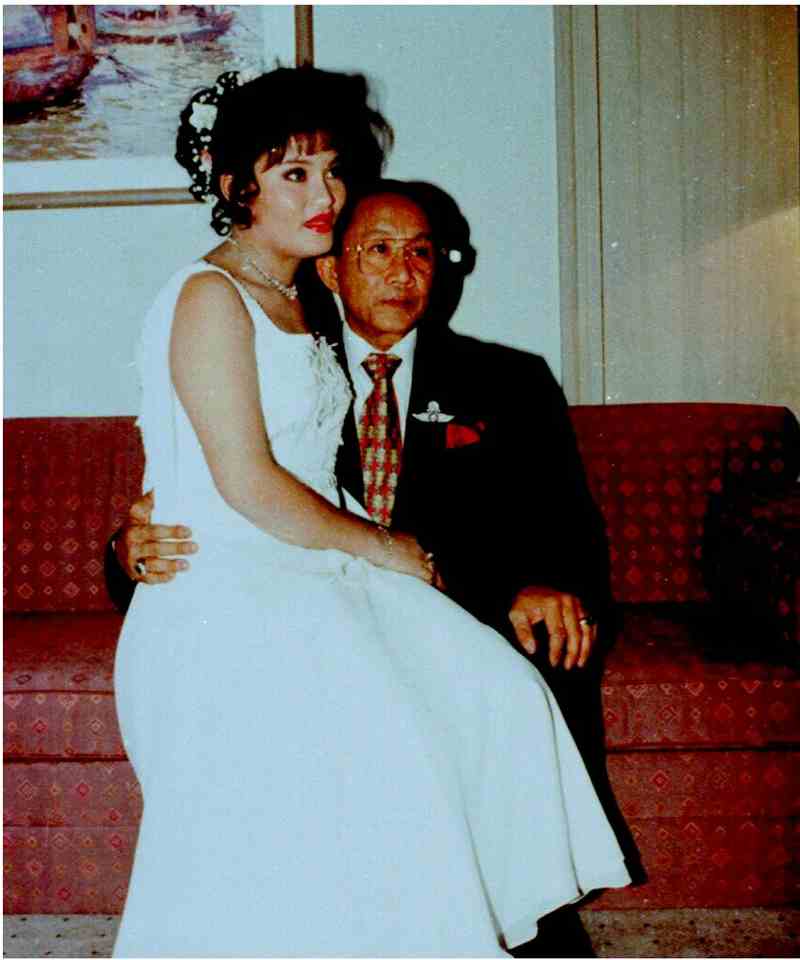 THE FROG PRINCE AND THE LITTLE FISH – The last Chapter

Did ‘Little Fish’ kill the Frog Prince? The Supreme Court in Bangkok has now ruled she did 17 years after his death and sentenced her to 4 years in jail. Thailand, home of the world’s longest reigning monarch has been  gripped by a tale of passion, child-love, fast cars, and sadomasochism within a Royal Palace. A Prince, known as ‘Prince Frog’ died an agonizing death by poisoning.  His child bride ‘Little Fish’ stood accused of the murder and has signed a confession.

Was she the ultimate ‘Isaan’ wife with a chestnut seller as a lover.

Her story began seemingly in a land of fairy tales. Young Chalasai, nicknamed ‘Little Fish’, had been abandoned by her mother at birth, and was a just a four year old village street  waif in Chiang Mai province, northern Thailand, when an emissary from the Royal Palace in Bangkok came upon her begging in the streets.

By Royal command she was selected to be taken from her life of poverty, scratching a living by begging getting substinence by eating insects and frogs, then dressed in finery and sent to be educated at the Royal Court in the grounds of Chitralada Palace in Bangkok and live in the company of Princes and Princesses.

If that itself was not a dream come true then August the 12 1994 was a date for not only her to remember, but most of the Thai nation. It was the day Chalasai  became a ‘Mom’ – a Princess.  A dream of every little girl in the remotest impoverished province.   It was then that Chalasai, by now 22 years old, married Thailand’s Prince Thittiphand Yugala, whose nickname was Frog.

On their wedding cake was a little fish kissing a frog ,  Their love affair had become legendary and was the talk of  Bangkok and rice farmers alike.  Prince Yugala, a cousin of  Thailand’s King Bhumipol, had already showered his young bride with cash and gifts which included a Ferrari and a private plane -(which she could not fly).

The age difference – he was 60 years old  – was but a minor  issue.  But their wedding day may also have been the day the dream ended.  Within a year Prince Yugala was dead.

He died of poisoning in his Asawin Place, Bangkok. His death took an agonizing ten days ending on August 12 1995.  The nation was shocked. Details of an affair the Princess had been having with a nineteen year old chestnut seller outside the palace walls became public gossip.

He seemed the likely motive and so both the Princess and her lover were brought in by police for questioning. But within days they were  released through lack of evidence.

Marriage made in hell

The public view of the fairly tale story of a little girl’s dream to be a Princess was soon to be shattered by the reality of a marriage which appeared to have been made more in hell.

Although the young Princess left the poverty stricken countryside to be raised in the palace she was spotted by the Prince at the age of 11, and later allegedly raped by him, and then made to live in his palace as his wife and look after his children from his mistresses.

But she used to call him ‘Por’ – father.  But  despite her palace chains ‘Baby Fish’ was at heart a free spirit, something she had learned as a kid while living on the streets.

While the elderly Prince regarded her as one of his private possessions and was besotted with her,  she often sought the company of people her own age driving out of the palace to mix with kids in shopping mall hamburger joints.

As she grew older she slipped out of the palace at night to frequent smart discos and trendy nightspots. And as a young teenager she discovered love and passion.  As a result she fell in love with many suitors scandalising Prince Thithiphand’s  palace.

The Frog Prince, was told of her dalliances. but remained besotted. Before their wedding he was quoted as saying: “My wife does not need to be beautiful. Nor does she need to be a good cook. But she has to be great in bed.  Little Fish (Luuk Pla in Thai) is my number one in this regard.”

‘My wife has to be great in bed’

Unfortunately for the heartbroken Frog (Gop} in Thai )his young wife, who indeed was no beauty, was also still the number one for other people in this regard.  Just before the wedding she ran off with a Swedish tourist to the Thai resort of Pattaya and the humiliated but smitten Prince resorted to taking out newspaper advertisements begging for her return.

Little Fish returned and confided to friends the punishment he dished out. He bound and gagged her, he said, and hung her from a hook in his Royal bedroom for three days. It was one of many punishments he administered to the girl he considered his possession.  Little Fish later confirmed her many beatings.

When the marriage took place, the Prince and Princess were photographed hugging happily and dancing together and their wedding invitation had the inscription ‘Age is in the mind – but love is in the heart always.”.

But within a year the Prince was dead and Chaisala had a chestnut seller for a lover.  From that day on Mom Chaisala shrugged off  the trappings of the high life. She was happy and contented, she said,  living with her chestnut seller Uthet Chopwa back in north Thailand again – getting by on just 150 baht (US$5 dollars a day).

She made no claim on her husband’s estate and never returned to the palace again.

“I just want to be free and independent and live my own life. I don’t want all these things,” she said.

If she was ever short of money she would accept an invitation from a Thai television station to go on a chat show to tell her rags to riches story.

The police investigation into the Prince’s murder had been put on ice. His death was written off as a suicide.  But then suddenly the case was resurrected several years on when after a ten hour interrogation the Princess confessed.

Immediately she was paraded before local newspapers with Thailand’s then Interior Minister Snoh Thiengthong presiding over the press conference.

“I did it,” she wept. “Nobody else was involved. I just wanted to get out of the palace.”

Although the confession seemed quite unequivocal, a poll amongst Bangkokians showed that  less than 20 per cent thought that this young peasant girl could be guilty of such a cold blooded act.  For she did not want anything of the Prince’s will.

So much money was at stake, running into US$3 million in real estate alone, that soon rumours began to spread through the capital that she had been set up by the Prince’s two previous mistresses, who had never got him to give them a wedding ring, but who had provided him with three children.

The story went rounds that she had been offered 10 million Thai baht US300,000) to take the blame. Once the fuss was over, she was allegedly told, she could easily be slipped out of prison.

The two mistresses Oonruen Thammasane and Vasana Faikrue, who deny any such plot, were appointed executors of the Princess’s estate after the Princess relinquished her right to the inheritances.

Uthep- the chestnut seller who became her husband

So strong was the feeling of injustice that the ‘Little Fish’ should be locked away, however. two Members of Parliament, beseeched by her poor new husband Uthet Chopwa ,stepped in to stand surety for her bail. (No payment was required)

The M.P. Kanchana Silpa-archa, daughter of Thailand’s former Prime Minister Banharn, claimed that “Little Fish’ said she had been coerced. She made up the confession just to get the police interrogation over with.

Her confession that she killed the Prince with a liquid flea killer, said the M.P. also makes no sense. The pesticide she named has a pungent odour but a post mortem report showed that the poison was both colourless and tasteless.

But now the Supreme Court has ruled it was her all along.