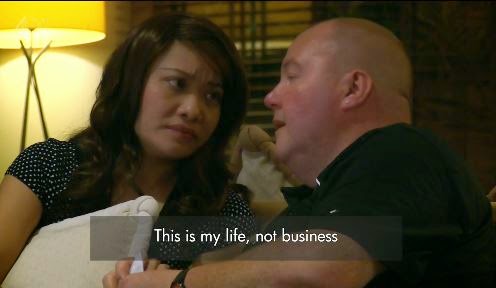 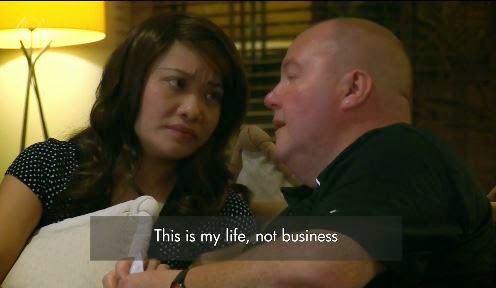 Certain types of documentary surface on a regular basis. One such theme is ‘Thai Brides’ which holds a special attraction for British television. The latest piece of work on this subject is called ‘My Internet Bride’ and the first episode on C4 featured two British men in Thailand and one Welshman seeking love in the Ukraine.


Now these productions make what is called ‘great TV’. It’s a voyeuristic look at human nature and men on the prowl, or rather looking for love in all the wrong places – in this case with a match-making agency in Bangkok called ‘A Foreign Affair’ which has been making money out of, dare I say it, unfortunate people. 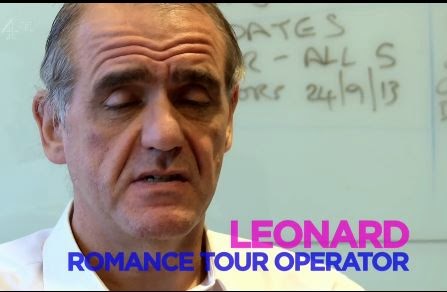 Just listening to the people from the agency, one a Brit called Leonard, selling their wares or dreams to those willing to believe, would I have thought been enough to put anyone off the whole idea.
The Daily Telegraph TV critic Jake Wallis Simpson wrote: ‘It’s all damn wrong’.

‘A Foreign Affair’ could easily call itself ‘Lambs or Rams to the Slaughter’ and the clichés coming from Len were excruciating – ‘Like being in a candy store’, ‘like going to bed on Christmas Eve as a 5-year-old waiting to unwrap your presents’

Centre stage was Chris, a 46-year-old divorcee from Macclesfield, who sat at home at his computer and let his ten-year-old daughter help select his potential future mate. This was changed in Bangkok by Len where it appeared that Chris would have to choose from a bunch of ’90 to 100 absolutely stunning women’ who would turn up at the agency’s main event – a disco night at ‘Q’ bar in Bangkok…so that’s what’s happened to ‘Q’ Bar.

About ten or 15 women-hungry men turned up for this event. Asked if there was an attractive man amongst them the best the producers could get from the Thai women, some of whom did not appear to be shy of wiggling themselves on laps on a first date, was: ‘I do not want to comment. I do not want to be rude.” 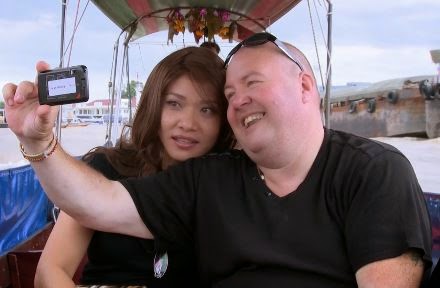 Nevertheless Chris ‘hooked’ a Thai woman, although evidently it was the other way around – and in his mind’s eye the first date went brilliantly. He was waxing lyrically to the camera about how brilliant it was. In fact it was ‘f..g brilliant.’

Then came the sting. The second date was to meet the girl’s sister who got out her calculator and estimated that Chris should pay his darling 2000 baht a day while in Thailand, plus all meals etc.

Chris seemed shocked and told an ‘agency man’ delegated to deal with him at a local Irish themed bar that he had to finish with his new love – ‘Baimon’. ‘It’s human trafficking,” he said, but I am not sure he knew who was being trafficked. 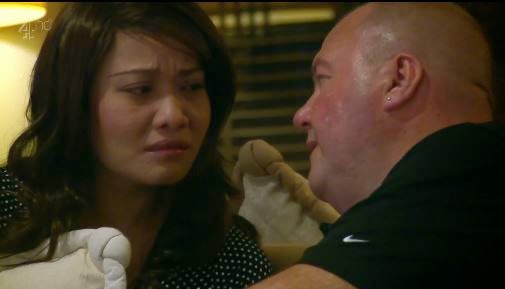 He finished with Baimon at his local hotel. He was in tears as he did so. ‘You have stolen part of my heart’.  She was in tears too (crocodile?): ‘No play game. This is not business. This is my life’. etc.

And that was the end of that. It turned out later that she already had another foreign boyfriend and later became pregnant by him. (But I’m guessing that came from the agency).

The programme also featured a guy from Wakefield who was importing his wife from Ubon Ratchathani (leaving her young resigned son behind). She seemed very keen on the attraction of a minimum salary of £6 an hour, as opposed to £6 a day in Thailand. 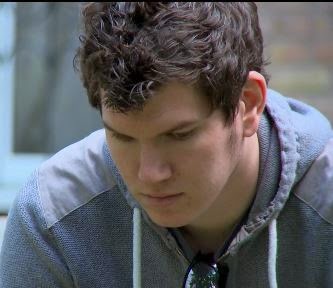 And the guy seeking Ukrainian women was a 26-year-old virgin from Wales who had everything going for him until he opened his mouth when little else but dribble came out.

He lost his virginity on the second night, presumably if you cannot talk you have to do something and then decided, hang on a minute, he needed to try some others. He was described by one of his potential mates, who did not like him, as a ‘flustered child’.

I have to say that the Ukrainian women looked a lot smarter and ‘with it’ so to speak and also looked like they had real jobs.

The most worrying part of the programme was the claim that there are 9 million British men out there on the internet looking for love.

And a good percentage go for the ones with whom they do not even share a language and with whom they can barely string more than a couple of words..like suay, roi, and sawasdi krap.

And what crap the dating game is. Bridal agencies were banned in the Philippines many years ago. No doubt ‘ A Foreign Affair’ will claim it is providing a social service but this doc was almost a justification for doing the same in Thailand – but I guess people get work permits to do this sort of thing.

There’s obviously money in this business. The only Thai Bride Agency story I have been I have covered ( I have done a few Thai bride murderesses though)  in Thailand was when the boss of ‘Thai Connection’ was arrested for murder. After serving six years – he was acquitted.