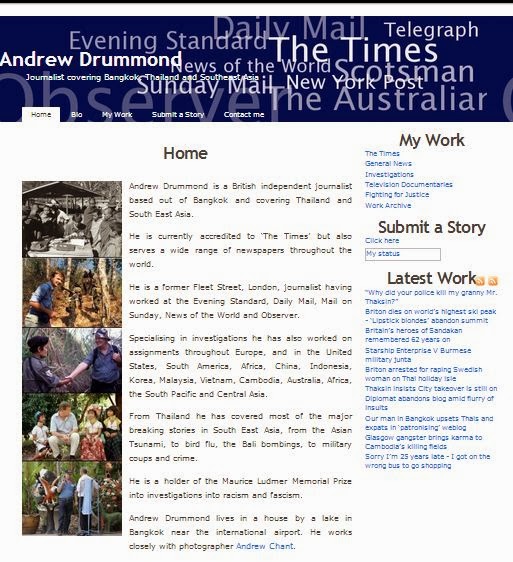 Shortly before 9 pm this evening in Thailand this site crashed through the 500,000 page views per month barrier. This has been an amazing achievement and it’s based we hope on the site’s honest and free speaking content, and investigations.

Thank you to all the readers who gave support  – while private individuals who did not want their affairs being scrutinised tried several times to close us down.  We survived writs, DDOS and virus attacks and today we are stronger than ever.

Journalist Andrew Drummond has been the subject of intensive internet attacks with reams of false allegations blasted into the ether by anonymous, but rather well known adversaries.

But it’s been like water off a duck’s back.

Of course we are small by international standards, but in Asia we are among the top English language news sites concentrating on this region.

We have fought with your help endless court battles placed in our way with the main intention of depriving us of funds to continue.

We have not been intimidated.

We have of course been hit heavily but we have survived and those who sought to attack us are now on the defensive.

And they who sow the wind reap the whirlwind.

Thank you for your support, posters, advertisers, and those who have so generously put their hands in their pockets.

Whether we can maintain this position remains to be seen. Andrew Drummond needs a holiday.

But we hope to continue to inform, have an occasional joke, sometimes be plain silly, but most of all provide warnings and investigations against the dangers and dangerous people lurking out there. Slante.