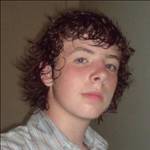 A fourteen-yr-old British boy died at Thai theme Water Park
after his body was trapped in the park’s water system and finally spat
out in the resort’s pump room.

Today ( Sunday) members of his family told of their horror as staff
at the tourist attraction refused to listen to their pleas for help for
because they did not believe the accident could have happened.
Fourteen year-old Nathan Clark Griffiths, from Douglas, Isle of Man, got
trapped in the water park’s pumping system after losing his swimming
goggles.
His goggles  had dropped through a grill at the bottom of one of the
pools at the Pattaya  Park Beach Resort, 85 miles east of Bangkok.
And he told his elder brother,  Rhys, 15, that he was going to look for
them before lifting the grill and entering the hole below.  That was the
last time he was seen alive.Nathan Clark (Bebo)

It took over half an hour late on Friday for the staff at the resort
to react to the families pleas for help and when they did engineers
opened a water gate in the resort’s pump room and Nathan’s lifeless body
spilled out.
Nathan’s father Jim Clark, a tunnel engineer, from Hull,  had dived
in to try and save him, after Rhys raised the alarm, but he could find
no trace of his son.
Jim furiously hit out at Thai cameramen after he tried to film his son’s
body on the floor of the pump room, lashing at one with a spanner.
In a bitter twist astonishingly Thai police,  rather than
protect the family, ordered him to pay 12,000 baht (about Ãƒâ€šÃ‚Â£240)
compensation.
Pattaya Police check where Nathan disappeared

Today Jim, who works for the international tunnel construction company
Robbins in New Delhi, said:  ‘ The guards did nothing not for 30
minutes. They would not believe what had happened.  When I finally
forced them to do something they went to the pump room, opened a hatch,
and my son’s body came out.
‘I was distraught with what had happened . When I saw the intrusive cameramen I lashed out.
‘The park has offered compensation. It’s not even something I want to
even think about at the moment.  This is not about money.  This is not
the time to talk about blame.’
The Clark family had been on a day out at the resort.  Jim Clark has a
Thai wife, who he met in Britain, who is step-mother to his sons and
they were taking a break in Thailand, before all relocating to India
where Jim had been posted.  The boys had recently left schools in
Douglas, Isle of Man.
15-yr-old  Rhys was so furious that he put his story up on a web blog about what happened when he tried to get help.
‘The life guard said that we shouldn’t play jokes like this and
dismissed us.  My step-mum was begging them to check the pipes.  They
argued back saying it’s impossible as the grill was locked’.

‘After a full 30 minutes they agreed to check the pipes. While they
were checking I went to the ticket booth to make an announcement as to
whether anyone had seen him . I was coming down the stairs to the main
pool when  I heard my father shout ‘No!’ very loudly then my stepmother
screaming .
‘If anyone is to blame it should be me. I should have stopped my younger brother.’
The lifeguard who refused to initiate any action was later named as
Khun Dumromsak, aged 40, who claimed he had worked at he resort for ten
years and that the grill in question had always been locked so nobody
could have entered.
Nathan’s death is  the latest of a series  of tragedies to have befallen families holidaying in the resort.
An 11-yr-old Danish boy died after being electrocuted because of
loose wiring around a hotel’s swimming pools, and a British father and
his two daughters were all gored by an elephant which went berserk in
the local Nong Nooch Tropical Gardens.
Geoff Taylor, from St Helen’s, Lancashire, subsequently sued the
resort for the death of his 20-yr-old daughter Andrea, and injuries to
his 23-yr-old daughter Helen and himself.

Two years ago after a five year court battle he was awarded costs and just Ãƒâ€šÃ‚Â£15,000 by a Thai court.
The Thai judge told him that in Thailand the courts did not award the same compensation as in the west.

Underwater in the pump room where Nathan’s body emerged