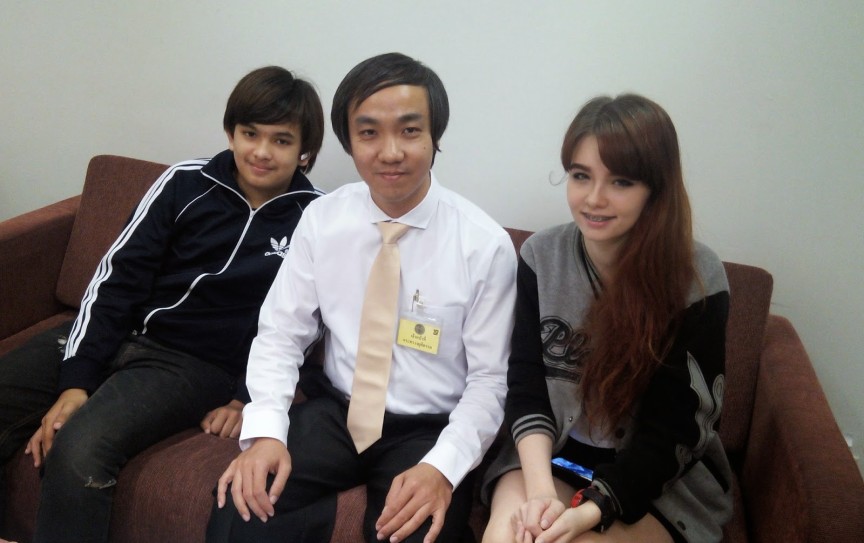 WE WANT TO PLAY!

A YouTube video from a 16-year-old Irish girl brought up in Thailand condemning the corruption of police and officials has gone viral with other children now posting on the internet site offering their support and complaining their families have received similar treatment.

Jessie Vard, daughter of Irish children’s author Colin Vard, demonstrated against corruption outside the headquarters of a major Thai bank at the weekend claiming that the bank was part of a cartel, supported by police, which stole 7 homes from them on the holiday island of Phuket.

She reported on YouTube: “We are in the Thai Bank main office in Sukhumvit with the TV reporters. The bank told us to make a police report about the bank manager in Phuket at the Lumpini police station. They know as well as us the report has to be made at the police station where the crime was committed which is in Phuket. Why do we have to make a report about the manager? Why does the bank who hired the manager not want to take any responsibility for the people they hire who do wrong? Can it be just the manager’s fault? Aren’t there any checks at head office on 10 million baht loans made by banks in Thailand?”

If the allegations against the bank are true, it will not be the first time a major Thai bank has been involved in the fraud of property from foreigners.

She also attended the Ministry of Justice where her father says an official instructed the DSI to investigate how he was robbed of some 67 million baht’s worth of property on Phuket.

Last week Jessie posted a video on the internet in Thai describing her father’s fight against corrupt police and lawyers. She has reposted again a new video with English sub-titles.

And now other children have gone on YouTube to protest about corruption their parents had to face too.

One called Ty says he understands how Jessie feels as his family was also robbed of their home and their father was robbed of his business on Phuket.

‘These people destroy families,’ he says and says he is now scared to go out. ‘But we do play games at weekends, so you can come over and play too.’

A second boy Luke says: “We had the same problem and it has been going on for five years and we are nowhere near the end. My dad is always in court in Phuket and I do not have much time to play with him except at weekends.

“Even if it’s just 30 minutes it’s just the happiest moment.” He adds that his family has wasted 5 million baht from lawyers who messed up their cases.

And a third Dee, his brother, says he is bored with his father going to Phuket. He wants his father home to play games with him. Jessie can come too, he says.

It’s believed one of the complainants is the son of a British citizen who was robbed to a similar degree as Colin Vard.

Jessie Vard has described how local police deliberately changed evidence to help a cartel of bent lawyers and police, to obtain his properties with the help of his children’s nanny.  Vard was unaware that he lawyer had kept the originals and given him copies of his title deeds.

The BBC has been filming cases of foreigners defrauded in Thailand.

This is an interesting development. Perhaps this could really snowball into Kids Power – Are the authorities going to lock kids up for protesting – and telling the truth – as they do to adults.