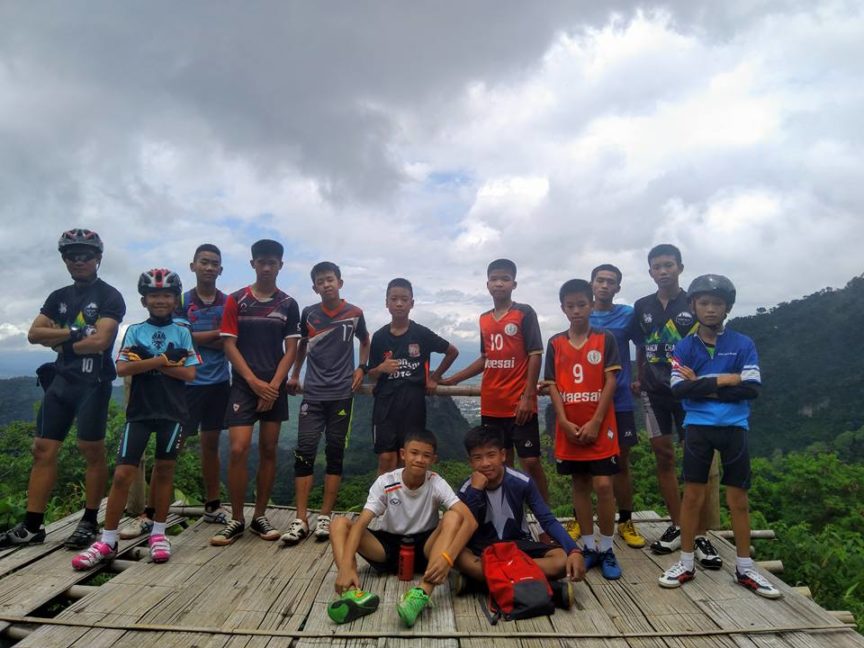 WELL DONE THAILAND – PERHAPS NOW YOU WILL GIVE SOME OF THESE CAVE DWELLERS CITIZENSHIP!

It had to happen. One of my first thoughts when the news broke that 12 boys and their football coach had been lost in a cave near Chiang Rai in northern Thailand was ‘I wonder how many of them are actually Thai’.

Now it’s revealed that at least three are not and the Thai Interior Ministry is promising to find a way to bestow citizenship upon Ekkapol Chantawong their football coach, who led them into the cave and kept their spirits up when they were trapped, and team members Adul Sam-on, 14; and Pornchai Kamluang, 16.

Amendments to the constitution, the Community Forest Act and National Security Act have reduced their rights. They can be turfed out of almost everywhere.

For young women of such communites as the Akha, Lisu, Karen etc., this may mean being employed in a brothel; for the men as very cheap manual labourers.

As a ‘chao khao’ you cannot leave your district, even if you have an ID, to, say, travel to Bangkok, but, if you find cash that rule can be waivered especially for those in the sex trade.  In all, you will be watching your back at all times, just to survive.

But if you are born in Burma in Karenni State, and you have females in your family who have long necks, then ‘Come on in!’ say the Thais. 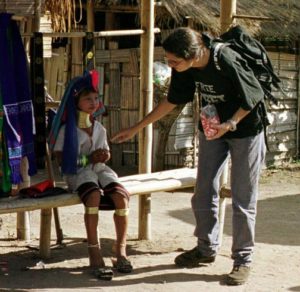 An Israeli tourist offers sweets to a Padaung Hilltribe girl, who is being held captive in a “human zoo” in North Thailand. The Padaung were released after a report by the author in ‘The Times’. The author had been contacted by the Karenni rebel army in Burma who received a voice tape cry for help smuggled out by a tourist.

‘We can make money by putting you in a ‘suan manoot’ (human zoo) and you can weave, play musical instruments, and sell dolls made in China to tourists.”

But you can’t leave your ‘villages’ except to travel to Bangkok escorted by officials of the Tourism Authority to take part in a video promo for the ‘Land of Smiles’.

The wonderful news is that these kids are out alive.

But it’s time for Thailand to give all 400,000 their proper rights and put an end to local officials demanding bribes for the favour.

Weenas Srisook, director of the provincial administration registration in Mae Sai said that I.D, for Ekkapol, Adul and Pornchai were ‘in process’, and that meant they were ‘entitled to government hospital care’ after they were whisked off in a convey of ambulances.

This is in sharp contrast to the lives of most hill tribe people who get basic medical aid from charities and thankfully royal projects.

It does not ring true. But when they get their papers they will be. 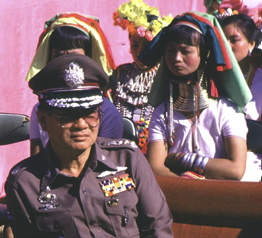 A Padaung long necked woman from Burma put on display for a visiting Thai police general. Businessmen were accused of holding them in a “human zoo” with the co-operation of police and the local authorities. ‘Pon prayote’ (Its for the benefit of all), said the businessman.

But it might have been embarrassing for Thai officials to admit in front of the world’s press that they were not even entitled to hospital treatment?   Well done whoever invited the boys to FIFA or Man Utd. You opened up a can of worms.