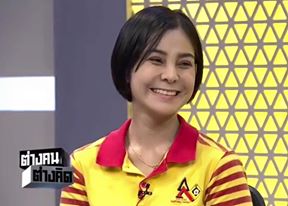 Thailand’s military is not traditionally good at handling the truth but then it does not need to be. The military were never punished for the Tak Bai massacre or for the massacre at Krue Se Mosque. The army of course is used against the people rather than an enemy.

However, in the case of Private Wichian Puaksom, 26, the army paid out some US$200,000 compensation. Was that an admittance of serious crimes? Apparently not.

An officer and nine other soldiers were involved in the following brutal treatment of him in 2011.

“to strip Wichian down to his underwear and drag him over a rough concrete surface before repeatedly kicking and beating him for several hours. Soldiers then put salt in Wichian’s wounds to increase the pain. They wrapped his body with white cloth, bound his hands, read him funeral rites, and forced him to sit on ice. They then beat Wichian with bamboo rods, kicked him, and stomped on his chest and his head.”

Despite his death from his injuries four days later, on June 5. Sub-lieutenant Om and the other nine soldiers only received military disciplinary punishment of 30 or fewer days in detention, but were never charged for murder or other serious offences.

There goes the Thai army again, falsely defending its honour.

Was Private Wichian the subject of a ‘Code Red’? This whole scenario is uncannily similar to the plot of the Hollywood film a ‘Few Good Men’ with Jack Nicholson, Demi Moore and Tom Cruise.

Wichian was attacked allegedly for ‘fleeing military training’. In the film ‘A Few Good Men’ Private William Santiago is the subject of an unofficial order ‘A Code Red’ to beat him into being a better US Marine.

In Thailand of course truth is of course stranger than fiction and in this case the officer in charge of the unit is not in the dock like Jack Nicholson playing the Marine Colonel.

Instead Wichian’s courageous niece faces jail under Thailand’s Computer Crime Act, for having the balls to complain that the punishment was not sufficient.

So now we have the spectacle of seeing an Army Captain, the Commanding Officer of Wichian’s unit in the 151st Battalion of the 3rd Infantry Division going into the witness box to prosecute Naritsarawan Kaewnopparat for comments she made on her Facebook page.

Correction, well we won’t be able to see anything as Thailand’s laws prevent contemporaneous court reporting and even forbid journalists to take notes. We’ll just get the judgement.

Yes, you cannot make this up!

The following is a statement today issued by Human Rights Watch:

(New York, July 27, 2016) – Thai authorities should drop trumped-up criminal proceedings against a woman who has sought justice for her army conscript uncle, who was tortured to death by soldiers in 2011, Human Rights Watch said today. Naritsarawan Kaewnopparat, 25, faces up to five years in prison and a 100,000 baht (US$2,900) fine if found guilty of defamation and publicizing false information online under the Computer Crimes Act.

On the morning of July 26, 2016, police arrested Naritsarawan at her office at the Ministry of Human Security and Social Development in Bangkok. She was taken to the Muang Narathiwat police station and questioned about her Facebook page. The page details the case of her uncle, Pvt. Wichian Puaksom, 26, whom soldiers tortured to death at a military camp in Narathiwat province, and demands that those responsible be brought to justice. On July 27, the police released Naritsarawan on bail. The complaint against Naritsarawan was brought by an army captain who had been commanding officer of the unit found responsible for Wichian’s death.

“The Thai police’s efforts to intimidate and retaliate against the outspoken relative of a victim of rights abuse is no less than an endorsement of torture,” said Brad Adams, Asia director at Human Rights Watch. “The government should immediately direct the police to drop the criminal cases against Naritsarawan and seek the prosecution of those responsible for her uncle’s death.”

An internal investigation by the 4th Army Region, responsible for Thailand’s southern provinces, found that soldiers severely tortured Private Wichian of the 151st Battalion of the 3rd Infantry Division on June 1, 2011. The report said that Sub. Lt. Om Malaihom, who had accused Wichian of fleeing military training, ordered at least nine soldiers to strip Wichian down to his underwear and drag him over a rough concrete surface before repeatedly kicking and beating him for several hours. Soldiers then put salt in Wichian’s wounds to increase the pain. They wrapped his body with white cloth, bound his hands, read him funeral rites, and forced him to sit on ice. They then beat Wichian with bamboo rods, kicked him, and stomped on his chest and his head. Wichian died from his injuries four days later, on June 5. Sub-lieutenant Om and the other nine soldiers received military disciplinary punishment of 30 or fewer days in detention, but were never charged for murder or other serious offenses.

Private Wichian’s family sued the Ministry of Defense, the army, and the Prime Minister’s Office for malfeasance and was provided 7,000,000 baht (US$200,000) compensation in February 2014. In July 2015, the Office for Public Sector Anti-Corruption found Om and nine other soldiers guilty of malfeasance under article 157 of the penal code and article 30 of the military penal code.

In May 2016, Prime Minister Gen. Prayut Chan-ocha promised to make torture a criminal offense under Thai law and to fulfill Thailand’s obligations under the United Nations Convention against Torture. Under the convention, the Thai government is obligated to investigate and prosecute acts of torture and other ill-treatment committed by government officials. However, the Thai government has yet to prosecute successfully any security personnel for abuses. Thai authorities have also frequently retaliated against those reporting alleged human rights violations by filing lawsuits accusing critics of making false statements with the intent of damaging the officials’ reputation.

“It has always been risky to speak up on behalf of victims of military abuses in Thailand,” Adams said. “Now the government is using the full weight of its legal system against those urging justice.”