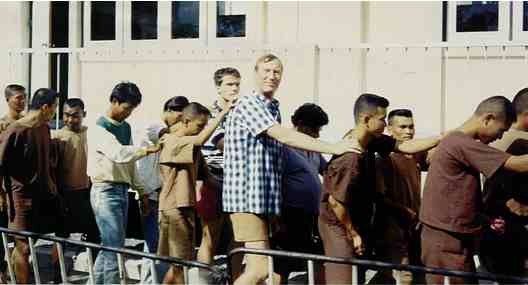 The continuing scandals of the Thai police and courts – the Thai Justice system – and the unwritten policy of ‘cash for justice’ – have this week been hitting the press in Ireland – where a psychotic killer who was released for cash in Pattaya – has been jailed frenzied knife attack back home. 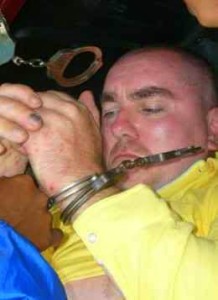 Denis Leahy, a former soldier and taxi driver in Dublin was released after paying out the equivalent of some €30,000 in bail after being charged with stabbing to death 24-year old Pattaya bar worker Bupha Tanchiangpin in 2006.

He had publicly admitted his crime in interviews but told the Irish Independent he was raising cash to get out. Leahy was accused of stabbing Bupha 22 times.

Coincidentally having arrived back in Dublin, via Cambodia, Leahy then viciously attacked his girlfriend Rose Kenny, with whom he had renewed his relationship, stabbing her 22 times as well, according to the Irish media.
Leahy,50, was jailed last Thursday for 14 years for attempted murder. Fortunately Rose survived.
But she told the media:

“I feel justice was done for me but there are no winners in any of this.
“That poor girl is still dead and if the Thai authorities weren’t so corrupt me and my family wouldn’t have gone through all this. I’m so glad it’s all over.”

COMMENT: Corrupt authorities indeed. The sickening part of all of this is where is the justice for Bupha and her family. There is none. She was a bar worker from a poor Isaan family. And this is how people in the Thai justice system make their money and treat Thailand’s less fortunate. Pattaya Criminal Court judges and police are among the worst offenders. 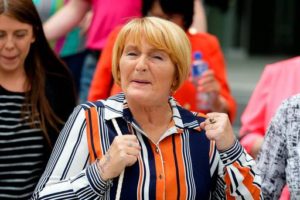 This week I have been looking at my files of covering crime in Thailand involving foreigners for over 20 years and thus they contain numerous cases not yet on the net. Nothing has changed. I was reporting on the release of foreign criminals from Thailand’s justice system – almost since the day I arrived in Thailand.

Below is a picture taken of Eric Hollett, former chauffeur to Lord Bernstein who was arrested in Pattaya in 1994 for child sexual abuse. He was not in prison long. He did not even get to trial. He raised cash for his release (then 400,000 Thai baht) and left to open a bar in New Zealand where he boasted how much he paid off and that that his victims were ‘up for it’.

More recently we have the cases of Briton Sean Tinsley who was given bail while accused of the attempted murder of school teacher Adam Pickles – and of course American Brian Wright who was released despite being sentenced to 23 years for child sexual abuse.

I cannot think of a foreigner with cash who is in jail in Thailand and would be interested to hear of some. 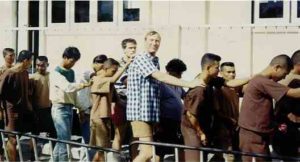