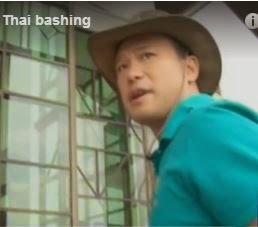 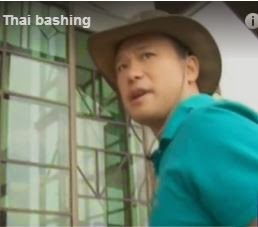 Truth it seems will be put to a rigorous test in a Koh Samui court next month when three international school leavers take to the stand  and testify over an incident in the Green Mango pub on the Thai island of Koh Samui.

In one corner will be the alleged victim, former New International School of Thailand (NIST) , Australian Jack Hansen-Bartel and his battling mother Annie Hansen.

And in the other corner will be Raymond Tony Chang, the son of a wealthy international Chinese American executive Raymond Nobu Chang, once tipped by Fortune magazine as one of the twenty-five Next Generation Global Leaders under 40, together with his pal Ryan Yunshang Wang, both former pupils of the Shanghai American School.

Raymond Chang  junior and Ryan Wang , both 19, are charged by police with acting with intent to cause grievous bodily harm.

They have also been charged by the mother and son with causing grievous bodily harm.

So far Jack who was allegedly knocked down and now need two years of corrective surgery to his mouth appears to be the only injured party.

Is something going on here?

It’s rare to see Thai policeman getting off his backside and going anywhere for a misdemeanor.

Who is paying for the air tickets?

It appears that #RaymondNobuChang wants to counter charge as his son is of course the apple of his eye and good in church. Besides they claim they were defending the honour of a Japanese American student from a school in Tokyo.

Chang is of course not a shy man as this video of him striking out at a Channel 7 cameraman last week shows. All sorts of witnesses are coming out of the woodwork to point their fingers at dastardly jack. Let the games commence.

So who is going to pass the Thai court truth test – A young Aussie from, Mentone, Melbourne, who has applied to go to Monash University – of two Chinese American’s, one destined for Cornell and the other destined for Purdue University.