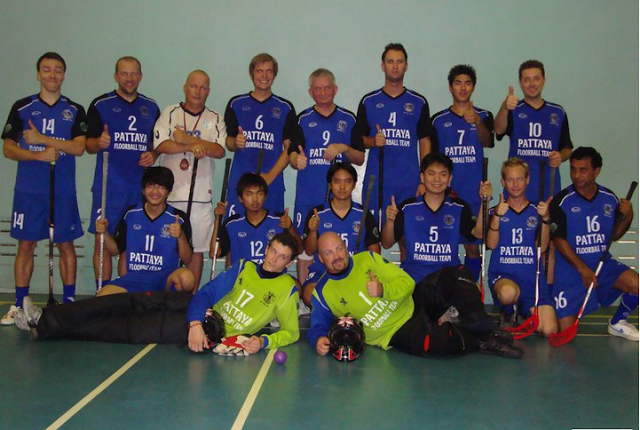 THE MANY FACES OF A CREEPY CANADIAN

-Well known Canadian con-man Harris Black is back in Pattaya. The former rocket scientist is now a plastic surgeon.

He has been publishing handsome pictures of er some other handsome suitor and is looking for ladies.

Meanwhile, the former Sister Mary Joseph (one of his internet aliases used for a con) has happily teamed with none other than Niels Marten Storm Colov, former pimp now boss of the Pattaya People Media Group and the Pattaya Police Foreign Volunteers. What a well suited pair!

He is apparently a star player in Colov’s Pattaya floorball team, but with 65-year-old Colov on the left wing, they must play a game worth watching.

He has also been helping out ‘Jesters – Care 4 Kids” who last week credited ‘Harris Living Thai’ for supplying photographs for their annual children’s fair.

The last time I caught up with Harris he was in New Zealand but he disappeared shortly after New Zealand Television came on to me asking for his whereabouts.

Harris made a spirited defence when I last wrote about him. Then he blocked me from his Facebook page. You can see that story here.

The many aliases of Harris Black

Stay away from this man! – our last story
More Harris Black