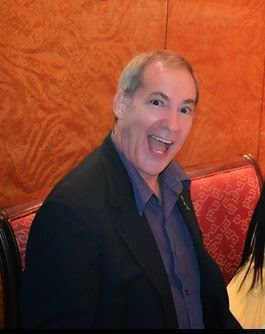 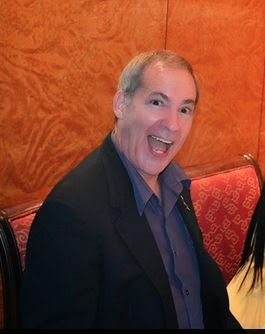 In a day the likes of which Bangkok Criminal Court will have never seen before, three whining foreigners failed in their attempts, sometimes farcical often comical to get criminal libel and computer crime act cases against them delayed and even struck off.

British journalist Andrew Drummond, owner of this website and Alastair Cooper, an electrical engineer were returning cases against Drew Walter Noyes and Brian Goudie, two men who had been posing in Thailand as lawyers, and David John Hanks, former licence holder of Masquerades, a brothel in Melbourne, Australia, all of whom had been attempting to stifle stories about themselves.

‘Ally’ Cooper had been accused of being a drugs dealer and on the run from the US Secret Service by Hanks, Goudie and Noyes after being identified as a supporter of this site.

Drummond had been variously accused of being hunted down by the Department of Special Investigations, the Crime Suppression Division, the RTP Immigration Department and Uncle Tom Cobley and all.

The day began in court 703 where #DrewNoyes posted bail of 100,000 Thai baht and asked the judge for his passport back. He told the court he needed his passport to go to the bank and for other such issues.

That’s not a problem said the judge, who immediately offered to sign a photocopy stating that his passport was being held by the court. That should suffice, she said. Then Mr. Noyes, former boss of the Pattaya Times  insisted ‘I might need to travel’. This may have been on the judges mind because she still refused to hand his passport back.

Then Noyes pulled out his trump card.

‘But your honour. I am holding a seminar with the army’.  At which point a 2 star general sitting on the front bench of the public seating area came smartly to attention. He was indeed holding a ‘national reconciliation’ meeting in Pattaya later in the month, he said.

This came somewhat as a surprise as Noyes and Wanrapa are now heavily promoting the club below which is due to open in Jomtien Soi 12 shortly. The army chief has expressed shock at the number of foreigners in the sex trade in Thailand so we assume this place which has ‘hotel rooms’ is not one of them.

(More of this to come later).

However the judges ruled that they would not give Mr. Noyes his passport back but he could of course apply through the usual channels and make a formal submission to the court. Currently Noyes also cannot travel without the permission of the Pattaya Court where with his ‘wife’ Wanrapa Boonsu, he is charged with extortion.

Fifteen minutes later there was pandemonium in court 802 as Goudie, Hanks and Noyes faced multiple charges of libel and libel under the Computer Crime Act (brought by Alistair Cooper and Andrew Drummond) all of them ranting, sometimes at the same time.

Drew Noyes approached the bench wearing his ‘royal decorations’ pinned on his jacket pointed to them and told the judge again that ‘that man accused my wife of providing oral sex services* to foreigners in Pattaya’.

He demanded the case be delayed and that the court should not hear the witnesses who had arrived to testify as he intended to cross examine Drummond for ‘six hours’. 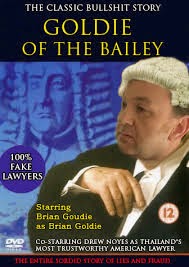 ‘Fine’ said the judge over-ruling his application sensibly adding: ‘We will take the witnesses first’.

Noyes demanded to know the private address of Andrew Drummond. The judge ruled that he could have the address of his lawyer – but that could only be used to send documents in these particular cases. Turning to Drummond Noyes said: “I have an army after you!”

Meanwhile former convict E000274 #BrianGoudie boss of Alba Laws, who had turned up without a lawyer, demanded that the trial be halted completely as he was bringing charges against Drummond in Koh Samui and the case should be delayed.

He turned to Noyes and said: “I have put a real spanner in the works”.

This request was immediately refused as well as the case had quite clearly nothing to do with anything going on in Samui where Goudie was suing Drummond for publishing a series of photo-shopped pictures  lampooning Goudie amongst others as a British barrister and a Captain in the Royal Marines.

I cannot cross examine the plaintiffs as I have no lawyer, said Goudie. No problem said the judge. You can cross examine at the next hearing. Bring a lawyer.

A lawyer had turned up to represent Goudie, the same lawyer pictured smiling with him in Koh Samui, but for an unknown reason would not represent him.

This may have something to do with the fact that Goudie did not wish to pay his fees and the lawyer knew that he had acquired at least 7.9 million baht in legal fees from a 76-year-old American woman for which he was now subject to criminal proceedings in Pattaya.

Meanwhile Noyes, whose activities in America before he arrived in Thailand were exposed by the Morning Star in Wilmington, North Carolina, approached the first witness, Barry Kenyon, former British Honorary Consul in Pattaya, and told him he was filing   more ‘100 cases’ again Drummond and he would be the co-defendant in two.

And he shouted across at the second witness Chris Gleeson joint owner of the CTLS language schools and called him a ‘faggot’.   Mr. Gleeson, married to Dr. Tewi Gleeson, a Senatorial Advisor, did not take this kindly. But he checked himself. This accusation rang somewhat hollow from a guy promoting a ‘Man Club’ named after someone called ‘Gentle’ and certainly not PC from a man who was once owner of ‘Spice’ – ‘Thailand’s best selling gay magazine’ according to the Pattaya Times.

Both witnesses were allowed to testify.  After Barry Kenyon’s evidence Goudie emerged and said:

‘That’s good for us’ defining, I am guessing, a completely new meaning for the word good.
The witness evidence will be published on conclusion of the case.

The case was adjourned until September 2nd.  As he left the court Noyes said loudly:  ‘I do not think I will need to come back in September’.

We still do not where Noyes gets this from. He keeps repeating this allegation, and even put it on a flyer he tried to distribute at the FCCT, where he was refused membership.  The closest we got to this was when  revealed that Noyes bagged the website officialblowjobs.info and his ‘wife’ Wanrapa published a story under her name while editor of the Pattaya Times about the cancer risk from oral sex, but we know she is not an authority on the subject because she lifted the story in its entirety from AFP.

Drew Noyes, having failed with Pattaya City Expats Club, Optimists International, the Pattaya Cultural Society, and the CIS Friendship League, has now set his sites on Bangkok and has joined the Lions Club of Bangkok Silom 310D Branch where he is apparently incoming President. 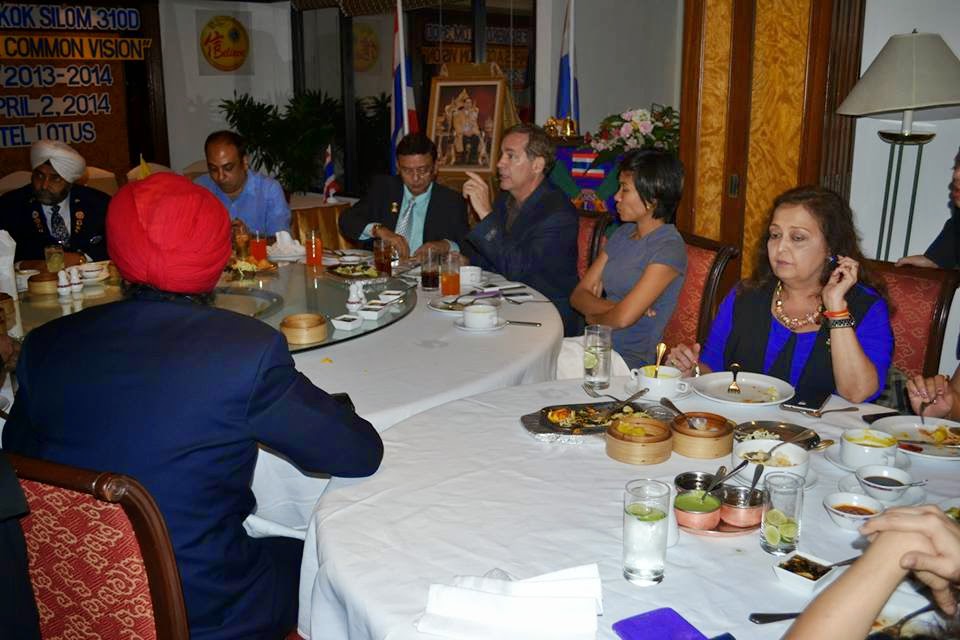 This particular branch is all Thai-Indian. It appears that his relationship with his wife Wanrapa Boonsu is now officially off as he can now be seen escorting Ms Nam to these affairs where they are now all working towards a common vision – Drew’s perhaps.

However both Nam (below) and Wanrapa Boonsu are tied up together promoting the Athena ‘Gentle’s Men Club. Below is an advert on Facebook this time either for the Athena Gentle’s Man Club or Gentel’s Men Club seeking cooks, bottle washers and pretty girls. 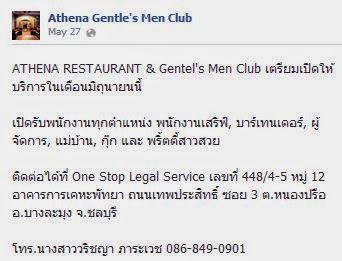 I believe the company is called Cupid – they should have stuck with that as it is easier to spell.


Noyes joining the Lions may be good news. They may teach him how to play cricket and use such expressions as ‘Its just not cricket!’ rather than you motherf…r! and faggot! 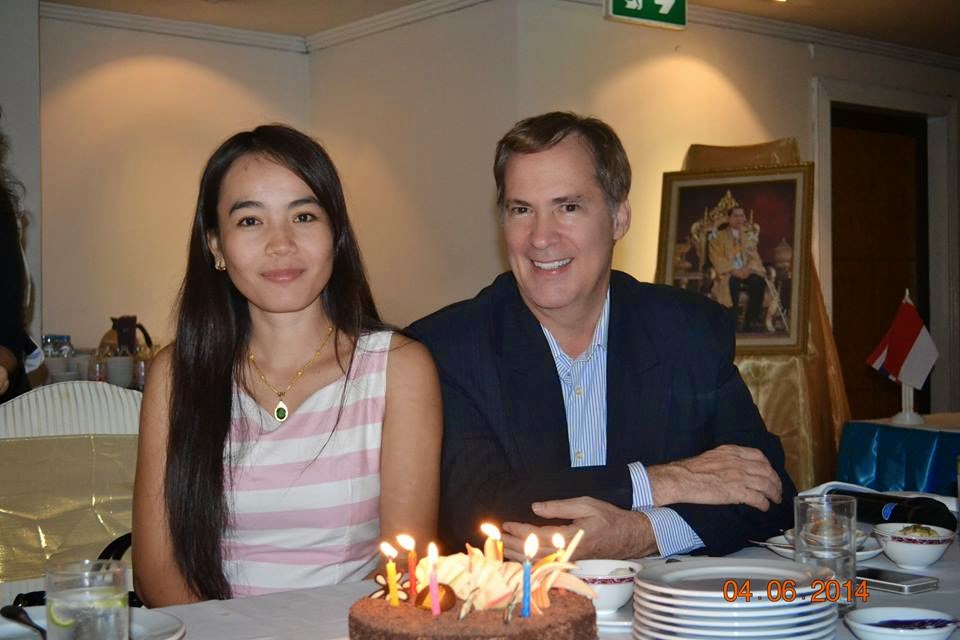 These Lions have apparently done little homework and certainly would not have read pages one and three of the Morning Star in Wilmington, North Carolina. (Trouble Follows Developer) If they do, perhaps they could ask him why he did not sue.