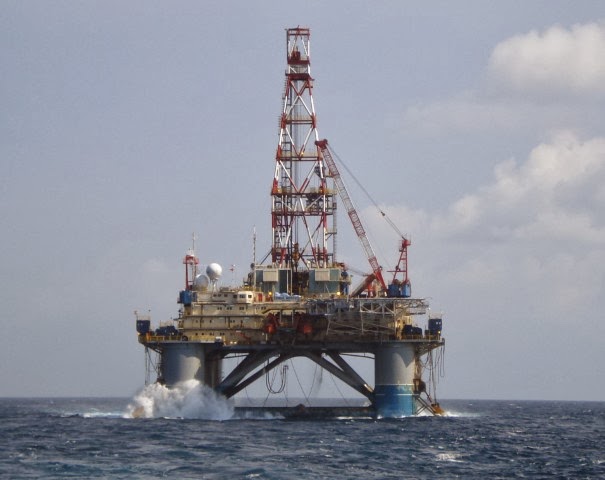 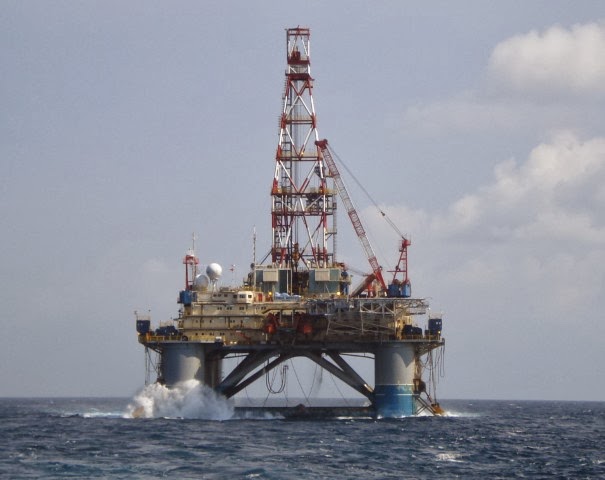 Vietnamese search and rescue teams were put back on alert today after a New Zealander working on an oil rig has now claimed he saw the plane disappear off the Vietnamese coast near  Vung Tau.

Doan Huu Gia, deputy general director of Vietnam’s air traffic management confirmed authorities had received the email from Mike McKay, a New Zealander working on a rig operating in the Gulf of Thailand.

“He said he spotted a burning [object] at that location, some 300 km (200 miles) southeast of Vung Tau,” said the Vietnamese official.

But McKay’s original email, sent the morning after the plane went missing, gave a more detailed different account. He said he was on the rig Songa Mercur when he saw the aircraft in flames.

Vietnamese officials later dismissed ‘McKay’s’ account. He could not be contacted to verify any information and the Vietnamese later announced they were not treating the information seriously.

However ABC’s Bob Woodruff confirmed he spoke to Idemitsu Oil & Gas Co, the company currently hiring the rig, who confirmed the report is genuine.

So many different reported radar or visual sightings have been made of flight MH730 now – and the latest report is the a blip was detected by Malaysian radar north west of Penang – that relatives of those on the missing flight have lost their patience. Much of the anger has been directed at Malaysian Airlines officials.

(Link: Cutting through the bullshit about MH370. Do not agree with all of this but…) 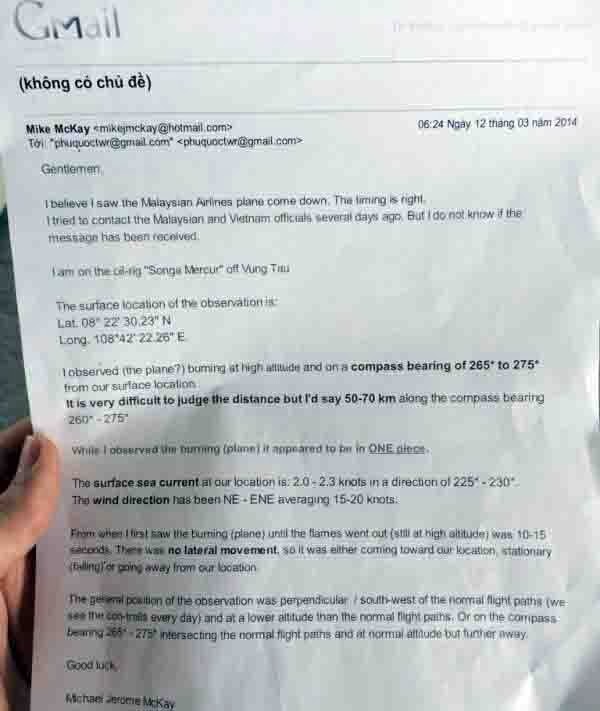 ‘Gentlemen. I believe I saw the Malaysian Airlines flight come down. The timing is right.
“I tried to contact Malaysian and Vietnamese officials days ago. But I do not know if the message has been received.

“I am on the oil ring Songa-Mercur off the coast of Vung Tau.


“While I observed (the plane) it appeared to be in one piece.


“The wind direction has been E-ENE averaging 15-20 knots.


“From when I first saw the burning (plane?) until the flames went out (at high altitude) was 10-15 seconds.
“There was no lateral movement so it was either coming toward our position  stationary (falling)  or going away.
“The general position of the observation was perpendicular/ south west of the normal flight paths. 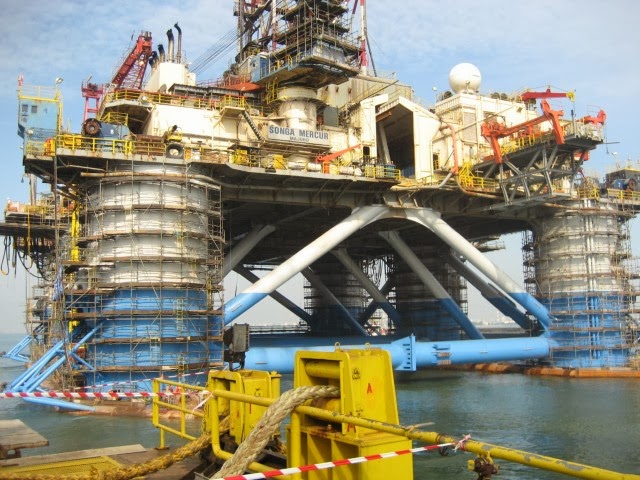 “How is it, for example, that for all the supposed increases in airline security in the wake of 9/11, checks at airports are so bad that people with stolen passports can apparently travel at will? And why is it that in an era of high speed 4G broadband, when 40-year-old technology can transmit data back from beyond the edge of the solar system, we still have to send ships and divers to retrieve data from a plane, rather than simply transmitting it in real time?”