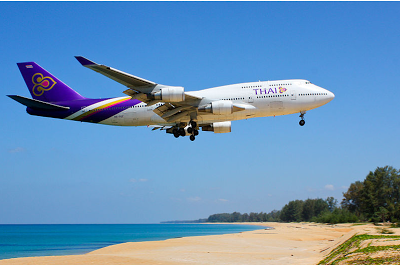 Anti-Government protesters spread their protest to Thailand’s holiday islands today taking over the provincial administrative buildings on the island of Phuket.

This follow the occupation last night of the provincial offices of Trang and now 77 districts, which include the holiday island of Koh Samui are expected to follow.
While in Bangkok there is a standoff with a warrant out for the arrest of protest leader Suthep Thaugsuban, former Democratic Deputy Leader of the Democrats – it seems inevitable that if Prime Minister Yingluck Shinawatra is to take back control, she will have to use the force.
Having invoked the Internal Security Act which forbids the gathering of people to protest she may have to actually use it. Violence is something she promised not to use at all costs.
The south of Thailand, which has all of Thailand’s popular tourist beaches, is the stronghold of the opposition Democratic Party and even if the protesters are kicked out of Bangkok, they can get a stranglehold on a large part of Thailand’s economy, if they continue to expand their areas of control in the Andaman.
Thailand’s six Islamic six most southerly provinces have been disenfranchised with the government for quite some time and continue to make attacks on police, army and even schools.
In Phuket civil servants simply walked out when the protesters arrived.
Meanwhile in Bangkok Suthep Thaugsuban remained defiant and encouraged protesters to keep on occupying ministries.  A flash point may come later when and if the authorities move in to arrest him for inciting people to commit illegal acts and cause ‘chaos’ in the country.
So far 23 foreign governments have issued warnings about travel to Thailand.
The protesters are demanding the resignation of Prime Minister Yingluck Shinawatra and Pheu Thai government which still holds a democratically elected controlling mandate.
The protests followed a move by the government to give Amnesty to Yingluck’s elder brother Thaksin Shinawatra, who lives in Dubai having been convicted of offences of corruption,  and an attempt to change the system for the election of senators.
They also accuse the government of plundering the country.