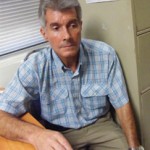 Link to Observer
From Andrew Drummond, Bangkok, March 14 2009
Thai Immigration officers said they would deport (Sunday) two
blacklisted convicted child sex abusers who were caught in Thailand
after following the trail of Gary Glitter.
Thomas Hadley, 58, from Petersfield, Hants, and Peter Nielson, 66,  from
Sheffield will be escorted on a flight from Bangkok after being
arrested in the Thai resort of Pattaya, 100 miles east of the Thai
capital, on a warrant issued

by British police through Interpol.
Thai Immigration Police Lt. Pol.Colonel  Arnonnat Kamonrat said today
the men, had a record between them of committing more than ten offences
in the United Kingdom.

‘They had also gone to Cambodia where we believe they had committed
similar offences, ‘ he added.  ‘We believe they intended doing the same
here

in Thailand.
‘These men have been blacklisted from returning to Thailand ever again,’ he added.
Because Thailand had blacklisted the men they have no right to appeal against extradition.
Thai Immigration Police had traced the two men first to the island of
Sri Racha, off Thailand’s eastern seaboard, and finally to the Aree
Apartment block in Pattaya yesterday afternoon.
They were in breach of notification and reporting requirements in the
UK.  But they had apparently left Britain comparatively easily.
Last August former glam rock star Gary Glitter was deported from Vietnam
after serving a three year sentence for sexually abusing young girls
there. He had previously been to Cuba, Thailand and Cambodia.
As he was transferring through Bangkok he attempted to make an escape
via Hong Kong, but the Hong Kong authorities deported him back to
Thailand. The Thai authorities deported him to England and he has now
been placed on the paedophile register and blocked from travelling
abroad.
Ends-