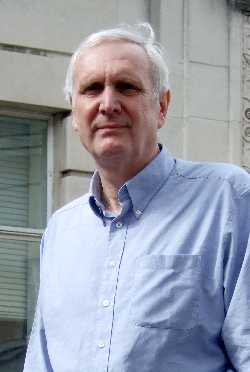 The 28-year-old son of the Deputy Major of London has collapsed and died in a Ãƒâ€šÃ‚Â£12 a night guest house after attending a wild ‘Full Moon Party’ on the Thai island of Koh Phangan.

A police spokesman said: ‘Witnesses said Andrew John Lister, 28, of British nationality was drinking with four friends in room 315 of the Baan Talay Guest House on Haad Rin Beach when he collapsed.  Attempts were made to revive him but they failed.  His body was taken to the local hospital. We believe he died of a heart attack. There was no evidence of drugs in the room.’

All night drinking
Police said while there was no evidence of any drug taking a post mortem was being conducted.  As Lister collapsed at 6 am it appeared he had been drinking all night.
But sources close to the famly insist that Andrew Lister did not indulge in any excessive behaviour. They believe he died from an undiagnosed medical problem and a post mortem is expected to be carried out in London.

Last night British Embassy officials were arranging for Lister’s body to be flown home. Britain’s consular agent was off island at the time. Results of a local post mortem on Andrew Lister on the nearby island of Koh Samui have not been released.

Koh Phangan is notorious for its all night parties which take place at Haad Rin Beach at every full moon.

Revelers dance all night, drink alcohol out of buckets, and traditionally large amounts of drugs are available.

Attending a ‘Full Moon’ party on Koh Phangan is a ‘rite of passage’ for many young Britons and Europeans on their gap year.

Left: Baan Talay
But each month the island’s hospital is always full after the party and there have been many deaths from drugs and even drowning when revelers have been carried away by the monsoon currents.

Occasionally there are fights between tourists and locals and robberies and sexual assaults are also reported each month.

Gavin Hill, a British television producer who attended serveral ‘ Full Moon’ parties for a documentary series ‘Big Trouble in Tourist Thailand’ said:
‘ On the mornings after the full moon parties I accompanied the British Honorary Consul. The first question he would ask was: ‘How many rapes do we have today?’

Glassy-eyed-girls
‘Girls in skimpy bikins, glazed, dazed and glassy eyed would be swaying in the streets.

‘Scores of party-goers passed out on the beach, stepped over by others – slumped, effectively unconscious and vulnerable.

‘Private clinics would be overflowing – bandages on bloodied limbs.

‘Newly-qualified, young doctors and nurses would be rushed off their feet from the early hours on … struggling to cope with alcohol poisoning, drug overdoses, wounds – from stepping on broken glass to being burned by jumping through hoops of fire and over flaming ropes, and from fighting – often attacks from local men, many with reputations for using violence against foreigners.

Drunken Brits
‘ The police station would be chaotic with desk officers struggling to understand drunken Brits who’ve been mugged, had possessions stolen or who’ve been attacked, or trying to trace missing friends.

‘In the cells would be party-goers caught with drugs imprisoned in open cage before being transported into town.

‘Private, Samui-based hospitals would set up camp on the beach, dealing with disorientated, dehydrated and drunk party-goers – some vomiting and barely conscious.

‘Drunken Brits (from those buckets of cocktails would be wandering into the sea, at risk from drowning.

‘ And local predators would be waiting to prey on helpless, intoxicated Brits.’
While most people have fun at these parties the Foreign Office Travel Advisory relating to the Koh Samui archipelago is also quite bleak.

‘Since 2009, a number of British nationals were victims of serious sexual offences
‘There have been incidents where tourists have had their drinks drugged in both tourist areas and red light districts. Be careful about taking drinks from strangers and at clubs and parties, particularly in the Koh Samui area and, at the Full Moon party on Phangan Island, where date rapes have been reported.

‘Some British nationals have suffered severe psychiatric problems because of drug use, resulting in some suicides.’

Lister’s father Edward Lister is Chief Advisor to Lord Mayor of London Boris Johnson (right) and as such Deputy Lord Mayor for Planning.  He was former leader of Wandsworth Council which, while under his leadership, gained a four star Audit Commission rating for a high satisfaction among residents while charging low tax bills.

NB: Since these pictures were taken drugs are no longer available on  menus at Haad Rin,