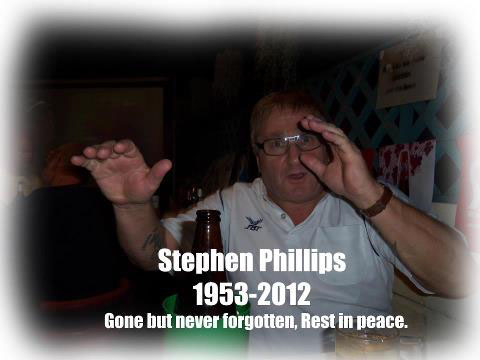 The street execution of a retired Network Rail supervisor in rural Thailand was paid for by his Thai wife and her lover, police said today.

Wilaiwan Phillips, 29, and two Thai nationals, were today being held in custody in Khon Kaen Police station 450 miles north of Bangkok, charged with conspiracy to murder.

Of the two Thai nationals one is reported to be her Thai-Chinese lover, who lived in the same village.

The second is reported to be a driver who drove two gunmen to the scene of the crime. Stephen Phillips, 59, originally from Manchester, but latterly from Torquay, was shot execution style while riding on his Honda motorcycle outside his home in Baan Phai, 25 miles from Khon Kaen.

He took bullets to his abdomen and two to his legs. Police believe the final bullet to his head was fired after he arrived and collapsed outside his house. He died instantly.

Phillips, had taken early retirement from his job as a supervisor for Network Rail based out of Torquay, Devon, and married two and a half years ago in the Thai provincial capital of Khon Kaen.

Police say he may have inadvertently given his wife the cash to pay for his own execution. He had gone through a Buddhist marriage ceremony with Wilaiwan, but they were not married in a civil ceremony.

On August 16th he wrote a last will and testament in favour of his wife – the details of which have not been revealed. (corrected)

A friend of his 81-yr-old mother in Manchester said:

“He was back in the U.K. earlier this year and said he was not happy with his marriage. He had £12,000 in one bank account which he reported recently had been reduced to £300 by his wife.

“He was a quiet unassuming person. Apart from his marriage he loved the life in Thailand.”

“Whenever he dropped in the cry would go up. “How’s the wounded buffalo.

“We saw his wife slap him on a couple of occasions and on one occasion she called the police to the bar to take Stephen and the bar manager to the police station to apologise for their ‘disrespectful behaviour’.

A former policeman, who provided the photograph (above right) said:

“(deletion) I did not know his ‘wife’ but I do know that she wasn’t appropriately dressed for his cremation and never showed any signs of loss or sadness.

“Before her arrest I understand she contacted his solicitor in England to obtain money (deletion) and also asked Steve’s mother if she could visit and stay with her”.

Three weeks ago Wilaiwan denied having anything to do with death of her husband. She blamed his death on a ‘mafia group’ who, she said, had cheated her husband.

“My husband was angry with them and me. He said he was going to meet them. These men were not local. They travel from province to province and cheat everyone.”

Police did not believe her story. A spokesman said:

“The driver has confessed and we know the identity of the gun men.  We believe they may have crossed the Cambodian border, but it is only a matter of time before we arrest them.”

Stephen Phillips working in his office