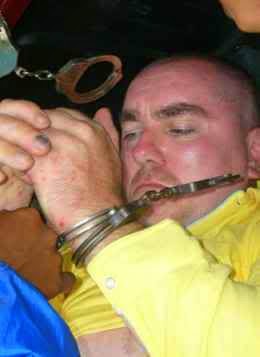 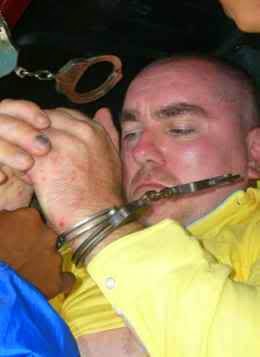 A former Irish taxi driver who walked out of a Thai jail on bail for brutally stabbing to death a Pattaya bar girl has surrendered to police in Dublin in connection with the multiple stabbing  of an Irish woman who was on her way to work at a children’s crèche.


Denis Leahy, 48, handed himself in to the ‘Garda’ at Mountjoy Police station yesterday. The Irish Press who has not named Leahy reported that he had paid 30,000 Euros (1.24 million baht) in bail money to get released from a Thai jail in 2007 where he faced charges of brutally stabbing a prostitute in Pattaya.

Its alleged he had asked for bondage services.

After the stabbing Leahy fled towards Cambodia in a taxi – but the driver was suspicious and reported him to police.

A Garda spokesman said his latest victim was known to the suspect.

A former member of the Irish Defence Force Leahy was arrested in Pattaya in November 2006 19 hours after the body of Bupha Tanyachiangphin ,24, was discovered in his apartment near Pattaya’s Jomtien Beach.

Her hands were tied behind her back, before she was stabbed 22 times in the back, chest and throat, police reported. Its alleged both a knife and a hammer were used in the attack.

He got out of bail in April 2007.  At the time the Irish Star newspaper stated: “A family friend yesterday said: ‘Some of his family were determined to get him out and raised a lot of money by calling on all their friends, including a Dublin publican.

‘They must have greased the right palms in Thailand because their plan worked.’