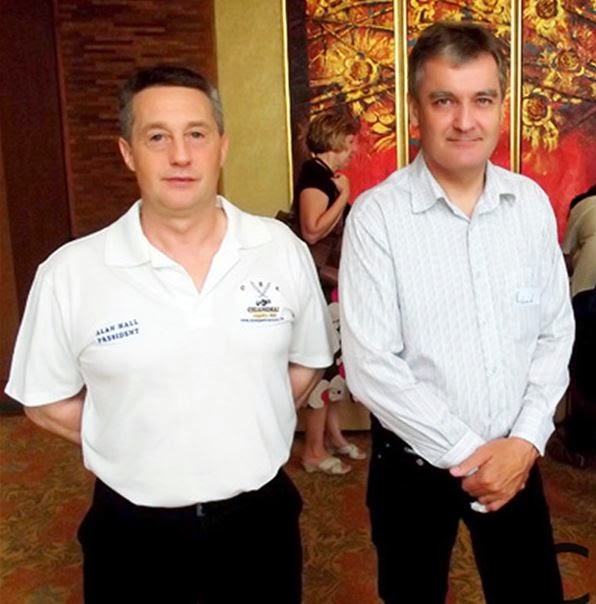 ‘HE’S A VICTIM. HE’LL BE BACK’ SAYS DEPUTY AFTER WIFE ACID ATTACK-
PLUS – SPOT HIS NEW OFFICE!

A FORMER PRESIDENT of  Chiang Mai Expats Club in Northern Thailand, who left the town in a hurry and without the customary leaving party has turned up in the UK.

Alan Hall, an ‘Independent Financial Adviser’ is insisting through his No 2, a chap called Richard Prouse that he has not done what is termed ‘a runner’ following the LM Investment Management Fund Scandal.

He will, said Mr. Prouse, be back to their company PFM International  “when the doctor says he can come back”.

Alan Hall is perhaps feeling a little queasy being one of many itinerant IFAs in Thailand, most not registered with the Securities Exchange Commission, who invested their clients’ cash in the Australian managed LM Managed Investment Fund  – a feat of Herculean proportions in terms of either, incompetence, greed, lack of ethics, or all three.

Expatriates all over Asia but in particular Thailand have found their pensions have gone up in smoke as financial advisors, attracted by the percentage terms they were offered by LM, invested not just 10 per cent but 50 to 100 per cent of their clients’ money.

Hall has however managed to get off his sick bed and start up another financial advice company from an industrial estate in t’north. He has also, claimed one victim, bought a house and sent his children to school – though the house purchase has not been verified. 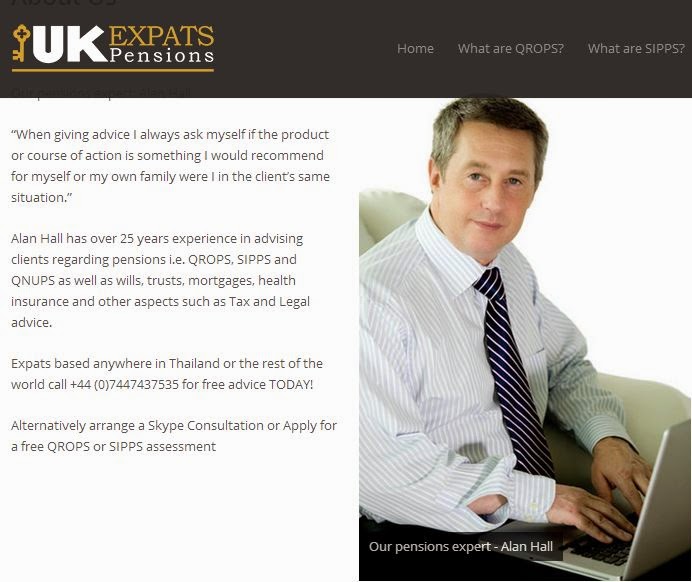 There is a hilarious interview with Prouse here by James Farrell in the Chiang Mai City News. I think James must have a very dry sense of humour.

This is Prouse’s answer to critics who ask: ‘Why the f…k did you put all my life into an unsecured unregistered Ponzi scheme run by an out and out crook?’

“We are still friends with people who lost money in that fund – (which has been) bringing in money for people for over a decade”. 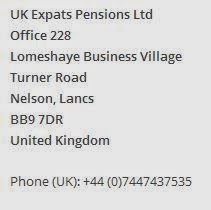 Yes – that is exactly what Ponzi schemes do until they crash.

Nobody ever saw their money of course – unless they were lucky enough to get out.

Anyway I am guessing Alan Hall’s doctor is by his bedside in the Lomeshaye Business Village in Nelson, Lancashire and will give the go-ahead when the coast is clear.

I am puzzled though why a guy who sells medical insurance to expats can’t find anywhere to be treated in Chiang Mai which has one of the biggest teaching hospitals in Thailand.

Prouse contends that he and Alan Hall are being pilloried. He claims the company PFM is continuing:

“It’s business as unusual, Prouse explains, at PFM. “I’ve been sending out updates. All of our clients have been able to contact us. There’s never been any problem to contact PFM.

But the website is down and a message says:

PFM International has relocated to the Seychelles and the web site is currently being updated.

The saddest part, well it would be funny if it were not so tragic, of the article is this:

Writes Farrell: “He says recent remarks have not just hurt the company, but have also damaged his own name. He has been accused of domestic violence, though – he shows me scars on his arm – he says the charges were against his wife for attacking him, not the other way around as has been stated on web forums.

“It was always me that was the victim,” he states.

He also states that his ex-wife had large gambling debts, and that is why someone threw acid into her face.

He was also accused of this, he says. He says he has not slept for weeks due to this kind of harassment leveled at him, all of which, he adds, is spurious and unfounded. There have never been any charges against him for violence, he finally states.

I hope he does not pick his investments like his wives.

Comments on Farrell’s article were blocked on ThaiVisa.com

To read an article about a typical victim go here: