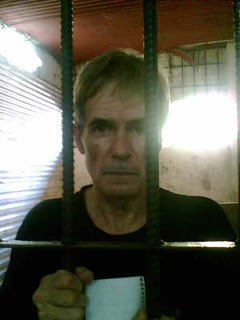 BUT THE ‘HEINOUS AND DEMENTED’ PEOPLE WHO PUT HIM IN A
MANILA PRISON ARE ‘EATING AWAY AT HIS SOUL.’ 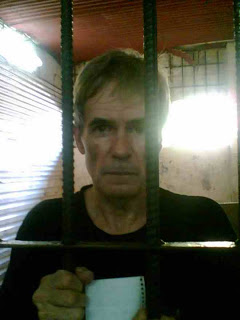 A Canadian, who defected from a Bangkok ‘boiler room’ and
threatened to blow the lid off the massive worldwide frauds, has been freed and
his name has been cleared in the Philippines of a false rape charge.


Human Rights officials say – the girl was fake. Her age, 17, was fake. The location was fake, and even the medical examination was fake in an arrest believed to have been paid for by a British boiler room operator based in Bangkok.

Stephen Sharpe, aka Burt, from Toronto, said he was set up
in Manila for the rape of a 17-year-old girl, and committed to three years of
living hell in custody before a city court threw out the case on July 16th.
Now he is being kept in hiding outside Manila by the Philippines Commission
for Human Rights.
A PCHR case officer said today that his office
had already filed a case with the Office of the Manila Chief City Prosecutor
recommending charges be laid against several police officers.
“We are aware of the details of the set up and the
connection with Bangkok but our first concern is to deal with the local
officials and police. Mr Sharpe is in touch with his Embassy and arrangements are being
made to provide him with travel documents. Meanwhile he has been helping us
with our enquiries. We are concerned for his safety.”
Sharpe knew the heads of the four biggest boiler room operations
in Bangkok, having worked for them all, before he decided to cut and run in
2010. He claims he had a conversion after being put on the suicide detail – dealing with people who were threatening to end it all after after losing their life savings, who were then convinced to invest more cash to ‘fake’ investigators who would get them their money back.

Its believed he was the man behind a raid on boiler room premises in Bangkok’s Thonglor Soi 25 in 2009. This was reportedly the headquarters of a major operation. But, instead of taking all computers and files and going after the bosses, police merely charged the workers for working illegally and had them deported.

Up the creek and without a paddle – Sharpe went on the run.

Asian based boiler room syndicates have spread themselves out
among Bangkok, Jakarta, Manila, Kuala Lumpur, and now even Chiang Mai and
Pattaya.

In Thailand they own a large
slice of the tourism restaurant and bar industry, and manage the leases on
swathes of sex bars in Bangkok and Pattaya.

But more recently have broken into the nightclub business running
several top spots in Bangkok and a fashionable family bar in Pattaya. Sharpe worked for four American bosses, a Brit and an Irishman. His last boss was British.

Boiler rooms cannot work without the co-operation of the local authorities and police,
who once in a while stage a raid, and deport a few foreigners for working
illegally –  but the bosses are never touched.

Sharpe had threatened to blow the lid off them but the threats had backfired because the police he contacted could not be trusted.  Fearing
for his life fled to Manila under the name Max Klein, of French nationality.

This was possibly the worst choice he could have made as
Philippines police have for a long time been tied up with these operations and
benefit from them. The BR bosses also  to and fro between Bangkok and Manila all the time. A Bangkok boss recently celebrated his birthday in the Philippines.

Sharpe knows he was identified by active boiler room boys in the
LA Café in Ermita,Manila, because amazingly one approached him and showed him a photograph of
himself and said he was being looked for. 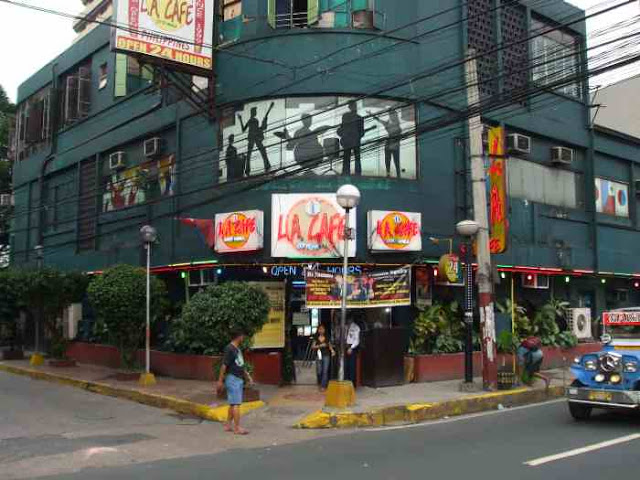 He was no longer being looked for. He had been found just by frequenting a well known foreign haunt. A short while later he was picked up by police in Ermita and charged
with possession of drugs and the rape of a 17-year–old, who later admitted that
she was neither raped, nor 17, nor even knew Sharpe. And even the police medical examination was faked she said.

The drugs charge was used to hold him for 36 hours but no drugs were ever offered to any laboratory for testing and the ‘drugs’ file has since been lost, according to lawyers for Sharpe.

Initial complaints have been made of ‘illegal detention’ and ‘planting evidence’. At the centre of the enquiry are officers of the Anti-Crime-Unit MPD Police Station 5, Ermita, Manila and one man specifically named is Chief Sergeant Carlos C Chan. 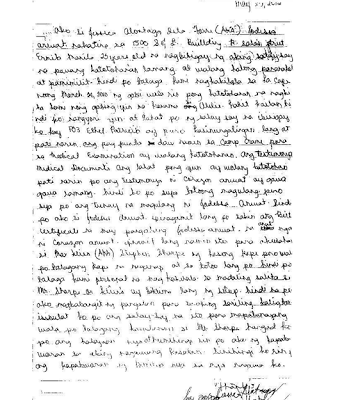 RAPE GIRL’S CONFESSION
I, JESSICA ALONTAGA DELA TOREE, also known as JODESSA ANNUAT, resident of .(deleted), Manila, 25 years old, voluntarily give these statements, which are nothing but the truth. It is not true that that we met and know each other in LA Café on the night of March 24, 2010. It is not also true that we saw each other on said night with Aleli. It never happened, and all my statements given before P03 Ethel Patricio are all lies, and also it’s not true that we went to Camp Crame for medical examination.The medical examination is not true. Also the testimony of Corazon Annuat was only concocted. She is not my true mother, but she is the real mother of Jodessa Annuat. I am not the true Jodessa Annuat. I was only allowed to use the birth certificate with name Jodessa Annuat, who is the daughter of Corazon Annuat. We only use this to accuse Max Klien also known as Stephen Sharpe with rape but no rape really happened, and we never really know each other. The truth is Mr. Sharpe or Klein is only a victim of set up. I will not mention any name for my safety. I prepare these statements to prove that Mr. Sharpe is really innocent of the charge. I want him to be set free, and I am asking for an apology from him for the mistake I have done. I am also asking for forgiveness from his parents for the things I have done.(Signed)Jessica Alontaga dela TorreSubscribed and sworn to before me this 8th day of June 2012, Sta. Cruz, Manila. 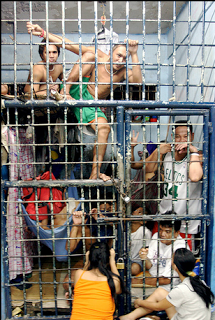 Staff at the hotel where it allegedly happened on March 24 2010 also confirmed that
Sharpe had never been to the hotel.
The drugs charge was later dropped but Sharpe was kept in Manila City Prison for three years without trial before he was set free on July 16.
Said Sharpe: “The sheer magnitude of mind altering damage
caused to both myself and my family members, by some extremely heinous and
demented members of the Philippines National Police Force and others is eating
away at my soul like an incurable cancer.
“Everyone, is telling
me just to forget about it, get on a plane and go home to be with your family.”
He said he would co-operate with any enquiry and return to
Manila early next year to testify.
Link to original:Sex-loadsamoney-Bangkok-boiler-rooms-

Clarification: In an earlier story I published the fact that Sharpe fled Bangkok to join another  scam in Manila. He has replied to this allegation.

“I did not travel here to
the Philippines to work for another Boiler Room. A means of travel for my
escape from Thailand and H was presented to me and I took it !#

After leaning
what I needed to learn about the Security Fraud Operations under the direction
of UK Nationals (names deleted) I quit and never went back. I had
in fact reported two Security Fraud Operations to NATIONAL POLICE FORCES
and yet I was the one who ended up in jail.  I had complete knowledge
that (name deleted)*  had purchased from (name deleted)*  his established operations here in
Manila. I would have gathered additional Intelligence on the Operations of (deleted).
had my efforts not been interrupted by demented and heinous police actions
directed against me.”

I am happy to clarify.

* Refers to two men active in the BR business in Bangkok.

COMMENT: Excellent work by the Philippines Commission for Human Rights. They say they will bring charges. They say they have been successful in operations exposing police corruption in the past. They are seeking ‘life sentences’ (20 to 40 years) for the officers involved. Lets hope they succeed. But how does that leave the boiler room bosses in Bangkok – still untouchable I suspect. These guys may have beach houses in Hua Hin, but they do not generally leave money trails. Cash is couriered. But there are grumbles in Bangkok as to who is getting the bigger slice of the pie.