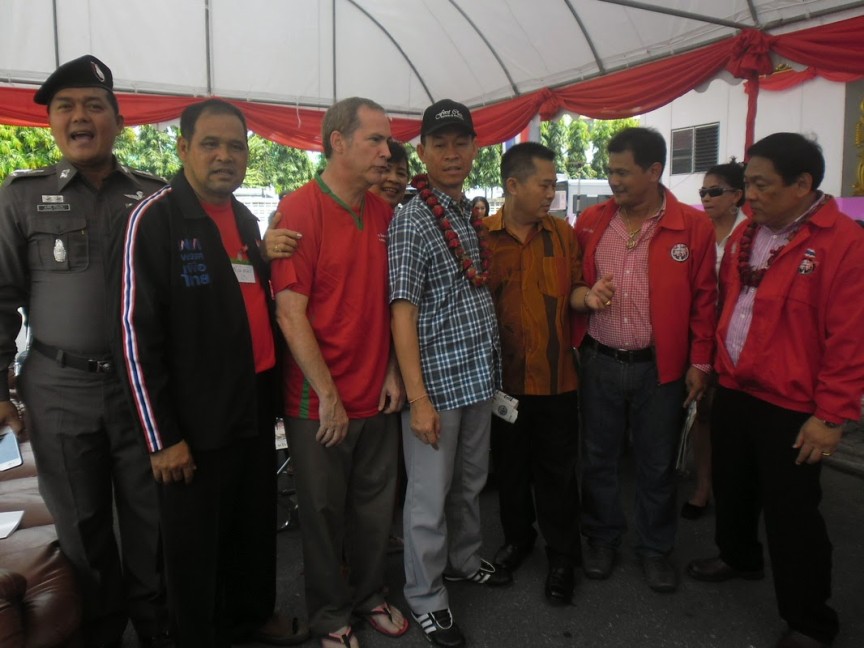 ‘MANY PEOPLE ARE APOLOGISING, MY ENEMIES WILL BE DEPORTED’

Readers of this side will be happy to know that Somchai – the mysterious spokesman for Drew Walter Noyes, who bills himself as the most friendly, credible, re-assuring, businessman to have made Thailand his home, is now claiming Drew has received many apologies and now his enemies will be deported.

This is because the ruling military government has recognised, says Somchai, that Mr. Noyes is an honest businessmen and therefore the charges against him of extortion for which he is on trial have no basis in truth whatsoever.

The senior generals will put a swift end to attacks on ‘good family people’ insists Somchai.  Somchai does not print the text of the apologies so if anyone can find one please provide a link here. Those who are packing their bags, please drop us a line. 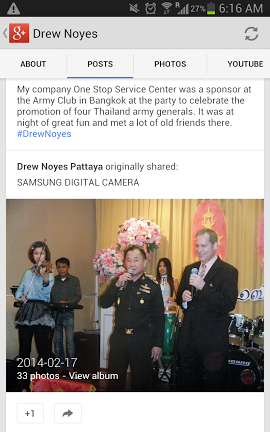 “Nice to see with the new military government in charge now honest business men are able to get on with doing business. Drew and others have received many apologies this week from the FCCT, Pattaya Addicts and many of the people who have libeled him on this blog. He has forgiven many and accepted their apologies but will use the full force of the law to send others who do not apologize to be sent to prison and they will have their assets forfeited.

“The corrupt police fabricating charges against credible business people are now a thing of the past. These corrupt policeman and the people behind them will now be brought before the courts.

Senior military figures are watching developments and deportations are expected soon. Now is the time for apologies before it is too late. Many have already paid compensation to honest business people that have been libeled for nearly 3 years.

We have copies of everything posted and with the help of many senior friends in the military government and new technology we have been able to finally identify ALL who have been hiding behind false identities who have attacked business people and their Thai families who do much to make Thailand a better place for all.

“The senior generals of the government have assured the victims that everything will be done to put a swift end to these attacks against good family people.