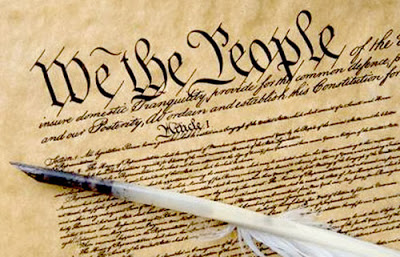 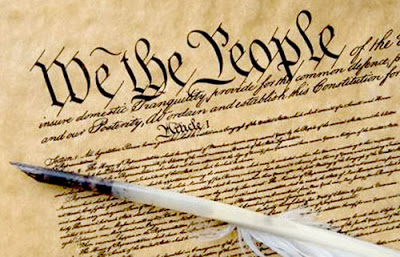 Thai Lawyers for Human Rights have issued a briefing on their interpretation and stance on Thailand’s new draft constitution.

No need to comment personally on the draft. It is self explanatory. It is not democratic.

Put it this way – if you entered the electoral race on an ‘Equal Rights for All’ platform and got elected, your plans could be torn up by your non elected ‘mentors’.

But then few places in South East Asia, even though they have elections, can be called democratic.

But it’s been put on the table and if you want to survive you may have to eat.

Much more radical would be immediate law reform and immediate up grade of the country’s educational system.

I come from the UK which does not have a written constitution. But if it did it would be simply ‘Parliament Rules But Sometimes the European Parliament Over-Rules’.

We also have common law and case law, which applied in Thailand would prevent me from being sued by criminals in numerous ways.

Whoops, have I commented?

Here is the briefing:

5 September 2015, the Thai Lawyers for Human Rights (TLHR) has the following legal opinions concerning the Draft Constitution of the Kingdom of Thailand which is tabled for voting in the National Reform Council (NRC) on 6 September. Four points are being raised coupled with recommendations as follows;

(1) The lack of democratic justification in its inception and drafting process – The Draft Constitution has been made possible directly as a result of a military coup. Legally, the commission of a coup is an unlawful act. It is an attempt to seize ruling powers by an unconstitutional and undemocratic means. In addition, the drafting process of the Constitution lacks legitimacy since the organizations involved with its drafting have no whatsoever connection to the people. Further, the referendum process is incompatible with a free voting process.

(3) The Draft Constitution’s spirit is incompatible with that of a democratic constitution – the Draft Constitution shows a lack of trust in decisions made by the people in at least three phases. Firstly, it provides for a political system in which representatives elected by people fail to attain political stability and power. Secondly, it has been designed as a tool to control the representatives chosen by the people and to ensure strict scrutiny of the legislative process and policy making. And thirdly, it provides for the establishment of the National Strategic Reform and Reconciliation Committee as a supra-structure which is even more powerful than the government elected by the people. The Committee has power to rule the country and to legislate claiming the ongoing mission to reform the country.

(4) The National Strategic Reform and Reconciliation Committee – The Committee has been made possible and will have gained its power through a means incompatible with democratic principle and the rule of law since its 20 of 23 members have no connection with the people, i.e., they will not be elected by the people or selected by representatives of the people. The exercise of power of the Committee in a special circumstance is also in breach of the rule of law since it consolidates all administrative and legislative powers in one single body. In addition, provisions are made to ensure the act of the Committee is unchallengeable, absolutely lawful and constitutional, as a result of which an individual is deprived of the right to seek judicial review should the act of the Committee be deemed unlawful and may cause damage. The rights and liberties enshrined in the Constitution shall not prevent people from being affected by the exercise of the power by the state.

The position of TLHR toward the Draft Constitution

1. TLHR cannot accept the Draft Constitution and its drafting process as provided for by the 2014 Interim Constitution.

2. TLHR proposes that the 1997 Constitution be restored and enforced since its content is more democratic and its drafting was made with widespread and vibrant participation from the people, though it was revoked after the coup on 19 September 2006 by the Council for Democratic Reform as the Head of State. Its restoration shall ensure the return of democracy in Thailand as soon as possible.

3. By returning power to the people, a general election should be held based on procedure provided for in the 1997 Constitution of the Kingdom of Thailand. To ensure the return of a full-fledged democracy with fullest rights and liberties, TLHR proposes that the state organs established by the 2014 Interim Constitution of the Kingdom of Thailand which has been made possible by the coup including the National Council for Peace and Order (NCPO), the Constitution Drafting Committee (CDC), the council of ministers, the National Legislative Assembly (NLA), and the National Reform Council (NRC) be terminated immediately and all the announcements and orders made by the NCPO be revoked since they are all incompatible with democracy.

The acting council of ministers may remain in power simply to oversee the general election during the transition.

4. TLHR proposes that the people, who realize the value of democratic regime, have a fundamental right to peacefully oppose a coup and any act as a result of the coup including through voting against the Draft Constitution and demanding the return of power to the people as well as to design the rule of democracy in future.