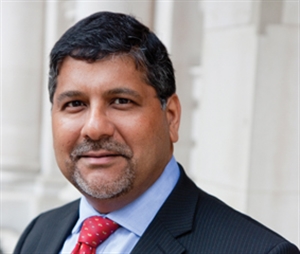 The Foreign and Commonwealth Office is considering helping  Thailand  set up ‘Rape Crisis Centres’ after disturbing sexual abuse reports received from British women in the country.

A British Embassy spokeswoman said in Bangkok she could not discuss individual cases but could confirm that the FCO was considering whether ‘crisis centres’ similar to the UK’s ‘Sexual Assault Referral Centres’ could be introduced in Thailand.

The confirmation comes after a recent case involving a 21-yr-old British woman from Manchester, who claimed she was raped by a group of Swedes and Thais in Patong Beach, Phuket.

Britain’s Ambassador to Thailand Asif Ahmad told a reporter for the website Phuketwan after a meeting with Phuket’s governor Tri  Augkaradacha on Tuesday :

‘I’ve been discussing  particularly sex offences. The police should be trained to deal sympathetically with the situation. I want to bring some British expertise in rape counselling and prosecution.’

The British victim in a recent rape case in Phuket said she was repeatedly questioned by police, who later issued a medical statement to the press which in affect said she was sexually experienced and had suffered no injuries. She fled Thailand with the assistance of the local Honorary Consul Martin Carpenter.

In another case a British woman teaching at a school in Northern Thailand went public to say that after she rushed to report a sexual attack to police, a number of male officers appeared to queue up to interview her without taking notes.

She said her Thai assailant roughly forced her to perform oral sex, and demanded money but was told by the interviewing police man that he did not believe her story because Thai men were polite and he would have said the equivalent of ‘Please’ before asking her to carry out the act and also before robbing her.

The woman denied her attacker used polite words and said police appeared to be more interested in framing an innocent hill tribe man for the attack.

Last year, says the FCO, six British women reported that they were raped in Thailand but few dare to sexual report in the country.
Foreign victims are told that the cases will take years to go through the courts and that in the meantime they themselves would have to pay for their travel and accommodation back to Thailand to give evidence, and this could involve several trips.

‘I would like to see some sort of crisis centre where victims can go and be assured of proper treatment in such a delicate situation,’ he said.

‘Women are frightened to report the fact of the rape because the initial contact is sometimes confusing.’  He said British Embassy officials were willing to visit Phuket to help set up a crisis centre and help provide training.

This is the strongest report of a British Ambassador’s diplomatic visit to Phuket that I have ever seen in recent years. Not only does he bring up the obvious subject that development on the island needs to be controlled otherwise tourists will go elsewhere – not really his business but it’s a true gut reaction shared by many- but he also again brings up the Jet Ski scams there.

Of course many diplomats have done this before and as soon as they go away the scams start up again.

Its worth reading Phuketwan for a fuller report. But here are a couple of good quotes from the Ambassador in relation to the Jet Ski scams.

‘The jet-ski situation is still a problem and it shouldn’t remain one’.

‘There are instances where instead of looking at the crime from the point of view of the victims, they [the police] look at it to see if they can make the problem go away. This is not just about tourists as victims, but also for Thai people.’

Well chosen words. It remains to be seen whether the police will take on the Jet Ski mafia of course.

And I do not know how many times British, Australian, or U.S. police have sent teams to educate Thai police in dealing with sex crimes. But I suspect the course attendees are assigned to traffic duties afterwards.

But here’s one good example of one of Her Majesty’s men putting his best foot forward.