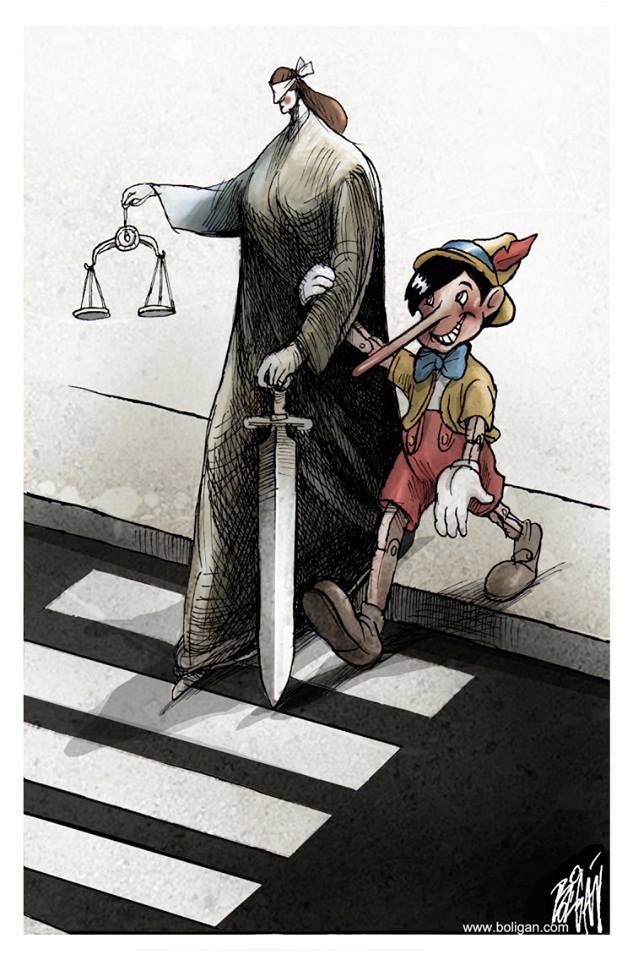 A Danish tourist falsely arrested for allegedly attempting an insurance scam after losing his wallet on a night out was jailed, extorted out of cash, and has only been allowed to leave the country after being acquitted at the end of his six-month ordeal. 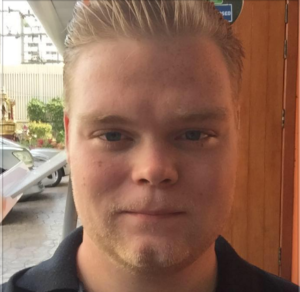 Sonnich Jensen, 23, ended up spending over 800,000 Thai baht on lawyers’ fees and subsistence
Some 114,000 baht went on ‘bail’ – but only 50,000 officially to the court.
Twice he asked permission to leave the country to sort out his affairs in Ringkobing, Denmark, where he worked at a service

Sonnich Jensen
company and to seek treatment for a heart condition. And twice he was refused.

He finally left last Friday after being totally acquitted at Pattaya Provincial Court.

This was the same court in Pattaya on Thailand’s eastern seaboard which allowed the former publisher of the Pattaya Times – confidence trickster Drew Noyes – permission to leave the country – AFTER BEING FOUND GUILTY AND SENTENCED TO JAIL for extortion. Noyes never returned. The court banked a million baht.

It was same court which gave bail to Brian Wright, the owner of ‘MyThaiFiancée’ and US Immigration and Law visa agency, ‘AFTER BEING SENTENCED TO 23 YEARS IN JAIL FOR CHILD SEXUAL ABUSE’. He never returned. The court banked 400,000 baht.

It was the same court which gave freedom to Brian Goudie, aka Goldie, AFTER HE WAS SENTENCED AND JAILED FOR 3 YEARS FOR FRAUD for posing as a barrister and former officer in the Royal Marines to cheat a 78-year-old woman out of nearly US$300,000. He never returned. The court banked 400,000 baht.

And it is the same court which allowed this Briton Sean Tinsley, left, bail and permission to go home while facing charges of attempted murder on school teacher Adam Pickles, who has been in a coma for several years.

So naturally Tinsley sold up and left and won’t be coming back.

These court decisions, carried out in the name of the King and for which the judges cannot be criticised in Thailand are also a travesty of the new system of fast track ‘Tourist Courts’ which were specifically set up to avoid such injustice. 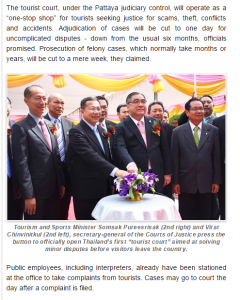 But at 8.30 am Pattaya Police called at the hotel and six officers called at his room where they found his wallet. He was arrested despite a protest from the hotel’s owner who explained what had really happened. 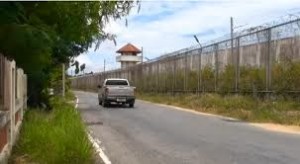 Within 24 hours the young Dane was banged up in Nong Plalai prison. The Pattaya Police had released the news to the media and Jensen was banned a ‘liar’ by Pattaya One, the local English language news website.

The newspaper ran with the police account that he had been robbed as indeed Jensen thought he must have been and quoted police as saying that no robbery was caught on CCTV so he must be lying.

He was in jail for three days before the hotel owner managed to get him bail – joining a list of people who had been similarly treated.

But now he had trouble with his lawyer.

“He would not give me my passport back because he told me he was responsible for me to turn up in court. Then they started to ask more money to start the paperwork. I paid 20.000 baht more, then after a week the lawyer told me that I had no chance to win the case so he wanted to smuggle me out of the country.

“I then started to get worried and contacted my parents and then contacted a friend in Bangkok and I moved down to Bangkok and got a new lawyer.”

Sonnich said lawyers appealed twice to get him permission to leave the country to sort out his job situation and to attend treatment for a heart problem. Both appeals were refused – but when the case finally came to court on June 13th he was acquitted. He returned on June 19th.

WARNING: There is very strong evidence that Thai Police two years ago have entered into the new money making business of extorting tourists held on insurance scams (pretending to lose something on holiday and making false police reports)

This may have been as a result of a directive from insurance companies and inducements to prosecute in these cases. There have been cases reported in Phuket and Pattaya, but the probability is that there are many unreported cases.

It is not the first time Pattaya Police have used the CCTV camera story to to back their case. Police could as easily framing customers with this, as they have been shown to already with misleading and improperly collected DNA evidence 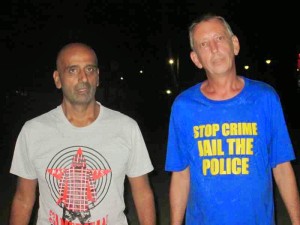 In the case of Briton Jaysukh Sudra, a supermarket manager from Ealing, West London, who was arrested in Pattaya. He had claimed he was mugged on Pattaya Beach Road, police said they had checked CCTV and no mugging had taken place. Hence he would be convicted.

In fact, Jaysukh, better known as Jason, had no intention of complaining to Pattaya Police.

He returned to his hotel after the incident. But at the hotel he remonstrated with a policeman, who was shaking down a tourist and his lady boy partner, who were involved in a financial argument, telling the policeman he would spend his time better dealing with muggers.

It was then that he was taken to the police station to make the complaint by the miffed policeman. Police said his mugging was not caught on CCTV so he must be lying.

Jaysukh spent over a month in Nong Plalai jail but was released after his case was taken up by prison visitor Ian Tracey.

There is no evidence to suggest that the current military government is dealing with police corruption. In fact the government has publicly declared it is not on the agenda at the moment.