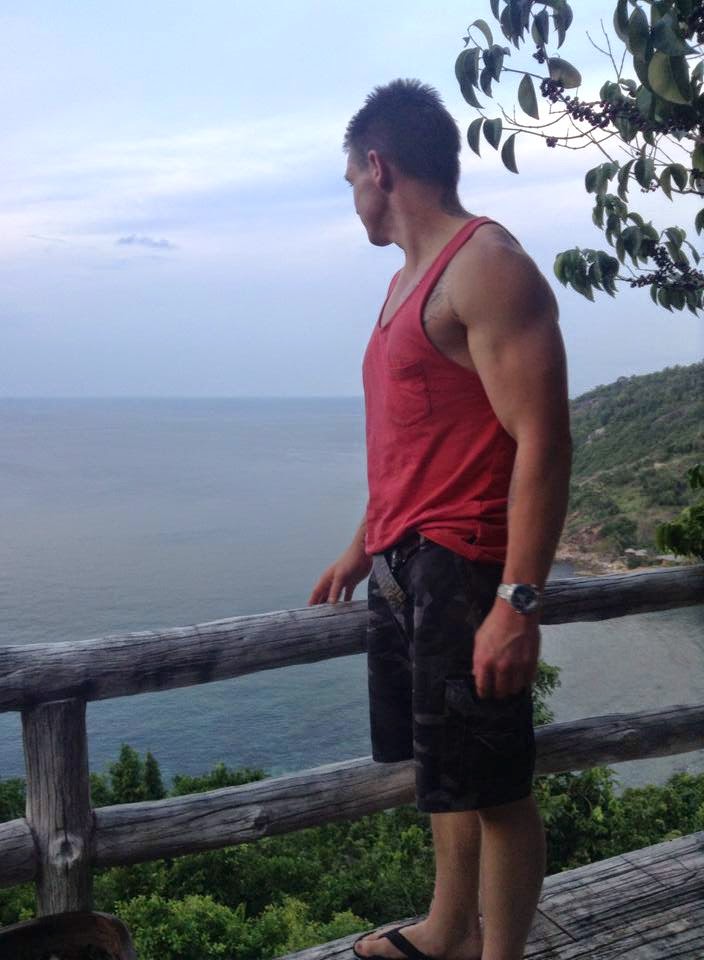 The Australian government has been moved to act on the death of 33-year-old Brodie Smith who died after flying to Koh Phangan to attend a drugs detox programme provided by two Americans administering the tribal hallucinogenic drug Ibogaine.


Now Thai Police – who concluded that Brodie from Mandurah, West Australia, shot himself up with drugs may submit a report to the public prosecutor.

The moves by the Department of Foreign Affairs and Trade consular operations department followed reports on this site on December 13th and  December 21st and a report by Lindsay Murdoch and Andrew Drummond in the Sydney Morning Herald on  December 22nd.

Brodie Smith’s mother Dianne Tucker from Halls Creek, Kimberley, WA and his fiancée Kara Spark,25, also from Mandurah, had called for an inquiry into Brodie’s death.

They claimed Brodie did not die as a result of injecting himself with drugs in the bathroom of Room 4 in the Utopia Resort in Koh Phangan, as claimed by the programme providers Victor Cracknell and Michael Picone, from Buffalo, New York.

They claim iT happened right in the middle of an Ibogaine programme provided by the Americans for US$5,300 with no trained medical staff at hand and on an island with limited medical facilities should anything go wrong.

They claimed there has since been a cover up instigated by the Americans.

The Australian authorities have informed  Mrs. Tucker that they have approached the Thai authorities twice since the news reports were published. The following is the information provided to Mrs. Tucker, which she has agreed can be made public.

The Forensic officer advised that the official autopsy report has not been completed at this stage as the Police Forensic Institute is still waiting for the biopsy from the laboratory.

The Forensic officer expected the official autopsy report for Mr. Smith will be released in January 2015.  Post also contacted the investigator police at Koh Phangan Police station on 22 December 2014.

According to Pol Capt. Yuttana, police have interrogated all the witnesses and now waiting for the result of the autopsy report before submitting Mr. Smith’s case to the Public Prosecutor.

Below are the original reports received by the Consular Office of the Australian Embassy in Bangkok and passed on to the mother.  They did not include anything from the statement of Kara Spark which totally contradicted the line taken by the police enquiry. Nor did they notify officially that a statement had been taken – Even though it had been witnessed by Australian Honorary Consul Kenneth Chung. 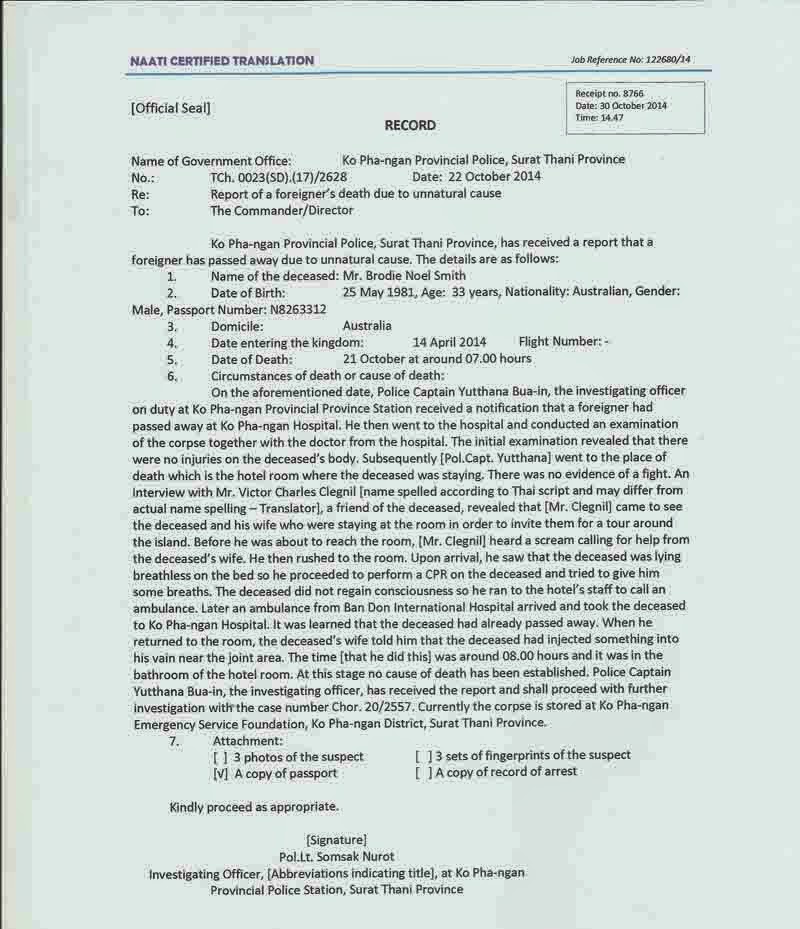 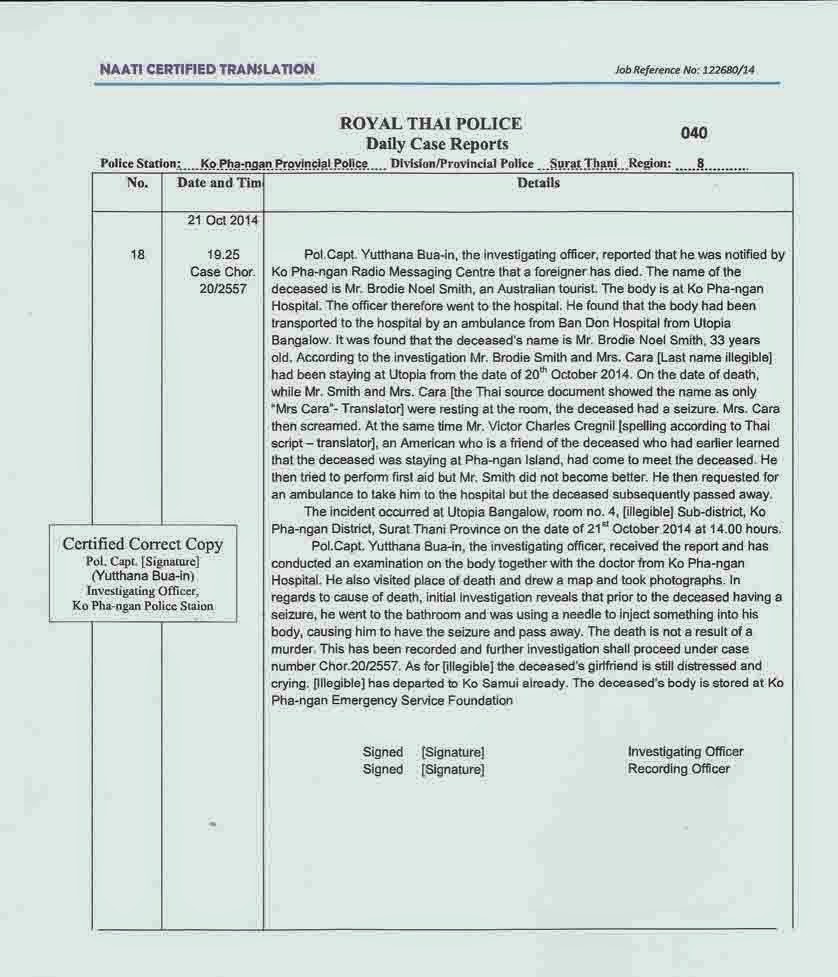 A report has also been sent to Thailand’s Ministry of Health. On the ibogainethailand.net website of Victor Cracknell and Simon Picone the logo is very similar to that of the Thai Ministry of Health. Further they claim they are officially registered.
They have registered a company The Koh Phangan Detox Company, to sell medical supplies and equipment.