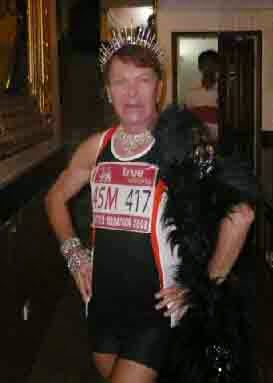 The Supreme Court has overruled an Appeal Court Judgment in favour of British journalist Andrew Drummond, which was described as ‘demonstrating a fundamental respect for investigative journalism in Thailand’.

In reversing the decision the Supreme Court stated the Drummond under Section 328 of the criminal code had libeled James Lumsden a former partner in Boyz Boyz Boyz a-go-go bar in Pattaya in an article in the Perspective Section of the Bangkok Post and produced insufficient evidence to rebut the claims the claims of the prosecutor. The Bangkok Post was acquitted.

The Supreme Court also overruled an original judgment that Drummond should apologise stating he need not apologise as that this would be punishment beyond the law.

The libels related to a story about what happened to Kevin Quill, from Yorkshire, and Iain Macdonald, the son for a former Provost of Inverness,Scotland, both of whom had made substantial investments in businesses with James Lumsden and another Scotsman Gordon May in Boyz Boyz Boyz gay-a-go-go club, the Ambiance Hotel in Pattaya and bars called ‘Throb’ and ‘Splash’.  May did not prosecute.

Macdonald died in a hotel fire a month after leaving all his Thai investments, worth some 10 million baht, in an illegal will to the Thai boyfriend of Gordon May. In fact this young man received nothing anyway.

Kevin Quill was arrested and jailed for six years after police found ‘yaa baa’ in his in one packet of cigarettes in a consignment of 200 cartons of Benson and Hedges cigarettes he was taking to England after leaving the company’s premises. Quill was not a drug user. He had invested some 15 million baht in businesses with May and Lumsden.

After the Appeal Court ruling Marwaan Macan-Markar, president of the Foreign Correspondents’ Club of Thailand, said: “We welcome this court ruling in favour of Andrew Drummond, particularly since the alleged libels involved were criminal offences under existing Thai law.

“The verdicts demonstrate a fundamental respect for investigative reporting in the public interest. This is a good day for journalism and the law in Thailand.”


Andrew Drummond stands by his original story. ‘Its a physical impossibility in anywhere else in the world for the publisher  (the Bangkok Post) not to be convicted of libel as well, if it was indeed a libel,” he said.

“I note that I do not have to apologise. I entered a defence of truth and in the public interest.

“Ian Macdonald’s estate was defrauded of the cash he invested and today the family has still not been re-imbursed.

‘Kevin Quill was also defrauded after his arrest and Lumsden took a suit and lost against him for allegedly making false allegations.

“Not only did Quill testify as a victim. Police General Noppadol Somsoonsap, Assistance Commissioner of the Royal Thai Police gave evidence on by behalf, after I was supported by British law enforcement authorities, who had alerted me to Quill’s set up.’

Lumsden is more than welcome to sue me again.

“But clearly Thailand is no place with fundamental respect for investigative journalism, nor it is a place where foreign victims of fraud will be protected, as has been demonstrated ad nauseum.”

James Lumsden currently runs the Baan Souy Hotel in Pattaya which has excellent reviews on Tripadvisor.