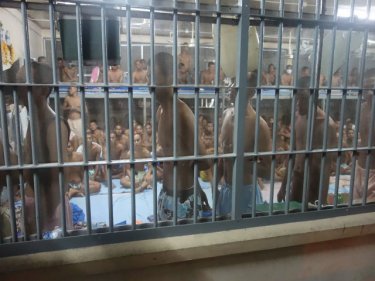 A young New Zealand tourist who was jailed without entering a plea and without seeing a judge has escaped Thailand and is now safely black home – a clandestine group calling itself ‘Lifeline’ has confirmed. 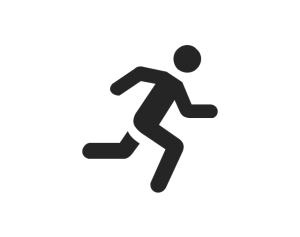 The tourist who had been touring Thailand and Burma had been jailed for six months by a judge in Phuket even though the 23-year-old from Tauranga, had not been offered an interpreter, NOT BEEN offered a lawyer, not gone before a judge, and THUS not been able to have the chance to enter a court plea.
A spokesman for Lifeline, the organization which arranged his departure from Thailand through an unspecified country said:

“We are pleased to announce that ‘x’ has made it to the safety of Australia and onward to New Zealand. He is home now. This is an occasional service not for criminals but for obvious victims of Thai injustice.”

The young New Zealander had claimed he had been robbed in Bangkok but had no time to report it as he was leaving the following day to Burma. The Bangkok hostel had confirmed the young man and others had had items stolen from them.
He committed the offence by reporting the theft in Phuket claiming, falsely, that it happened there.
According to his mother Phuket Police told him not to worry. He would be charged with a misdemeanor and be fined the following morning in court and allowed to leave after paying his fine.
Said his mother:

“Paper work was completed by the police, and then he was asked to sign a confession written in Thai.
“If he had any idea a prison sentence was to be imposed, he would have asked for a lawyer and an interpreter immediately and also asked to contact the embassy. None of these basic rights were provided and he was essentially lied to by the arresting officer.
“He was told he would need to spend the night in the police cell and go before a judge at court.
“The next morning he was taken to the court cell just expecting to go before a judge to pay a fine and then be released. 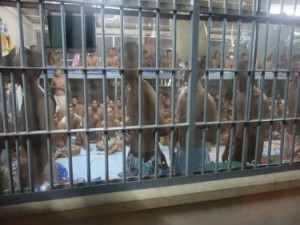 “Whilst waiting in the cell, a court official who spoke broken English came and explicitly told him to sign some more papers so they could assess his fine. They were written in Thai and he was essentially lied to by the court official. At this stage, he had no reason not to believe the police officer and the court official and waited to go before the judge. Little did he know that the police and judicial system in Thailand are corrupt and a law unto themselves.
“He never saw any judge and a court official came back to the cell and said “you have been sentenced to 6 months prison.

“He immediately panicked and asked questions but the official ignored him saying he didn’t understand English. He was thrown straight into prison without any rights to call a lawyer, Embassy or make any outside contact whatsoever. He was also not given any paper work as to the sentencing. When he arrived at the prison cell, the administrator there asked where his paper work was but of course he was given nothing.”

The family heard about his imprisonment a week later when a newly released prisoner notified the New Zealand Embassy. 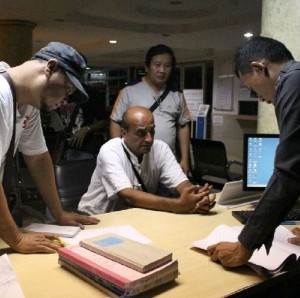 Jason (Jaysukh Sudra) being grilled. He was jailed in Pattaya without going before a court to enter a plea or having an interpreter or lawyer

In a similar case reported on this site Briton Jaysukh (Jason) Sudra was banged up in prison in Pattaya for allegedly making a false statement to police to collect insurance money. Mr. Sudra did not have an insurance policy to cover theft, only a medical policy.
He too was jailed without seeing the inside of a court. Jason’s daughter Sinita has written a testimonial to this site.

Jason was released after spending a month in the squalor of Phuket after lawyers intervened and the judge dismissed the case.
In the case of the New Zealander the family had to be guided away from lawyers’ ‘agents’ notorious for collecting payments for bail and pocketing them. The family had to pay 180,000 bail to get him out of prison.