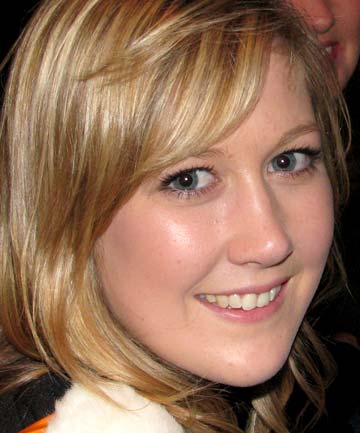 The deaths of two Britons, a young New Zealander and a Thai tourist guide, within a few days of each other in the same hotel was just ‘a coincidence’ Thai authorities claimed today.

An elderly British couple who died together in Room 423 of the Downtown Inn in Chiang Mai, died within minutes of each of heart attacks, and the case has been closed.

But tests were still being conducted into the death 23-yr-old New Zealander Sarah Carter, who died in a local hospital, after she and three friends were taken seriously ill in Room 516 at the Downtown Inn in the northern Thai capital.

And further tests were still being conducted on a Thai tourist guide Waraporn Yingmahasaranont, whose body was found next door in the bathroom of Room 518 of the same hotel earlier.

At the press conference at Chiang Mai police headquarters today Chiang Mai Governor  Pannada Disakul tried to allay fears of tourists caused by the four deaths in one hotel last month by saying: ‘We have to admit that these deaths coming one after another, are nothing more than coincidence.

‘We have done and will continue to do our utmost to make tourists confident in our city.’

The press conference, no matter how well intentioned,  however shed little new light on the deaths in Chiang Mai last month and is unlikely to placate in particular the family of Sarah Carter in Auckland.

Tests on tissue taken from Sarah Carter had been inconclusive and samples had been sent for analysis to the United States and Japan, said Dr. Pasakorn Akaraseri, of the Communicable Disease Department of Thailand’s Ministry of Health.

Sarah Carter died early on February 9th at Chiang Mai Maharaj Nakorn Hospital.  At first her death was put the death down to food poisoning after eating ‘street food’ at the Chiang Mai Night Bazaar.

The third New Zealand woman in their group, Emma Langlands, 23, who ordered a different meal from a stall in a food market at Chiang Mai’s Night Bazaar, also allegedly suffered food poisoning but later recovered.

Richard Carter, Sarah’s father, has called for the closure of the Downtown Inn in Chiang Mai, until the cause of deaths has been established.

He said he did not want Sarah to undergo a full post mortem in Thailand but the medical authorities had taken samples which had proved inconclusive.

Samples taken from the other two New Zealand women, he said, had also proved inconclusive, and the Thai authorities had demanded money for the costs of further tests.  Their action was ‘despicable’ he told New Zealand TV3.

Doctors were unable able to shed any light on what may have prompted George Everitt, 78, and his wife, Eileen, 74, from Boston, Lincs., to have heart attacks at the same time in separate beds. There has been no suggestion of suicide.

The only denial came from Dr. Pasakorn who said there was no evidence to suggest that any of the deaths were as a result of the guests eating food bought at the local market or on the street.

He attributed these inaccurate reports to ‘foreign journalists’, although this evidence appeared to have come from the surviving girls themselves.

Yes, I am a bit confused too. Perhaps he meant to say as yet there was no evidence other than that these deaths were a coincidence. But there appears to be little real evidence of anything at the moment.