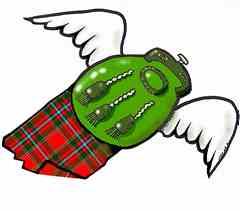 A SAD DAY FOR ‘CONSUMER PROTECTION’

‘You have the dream – we create the nightmare’

While fending off victims seeking their money back from housing scams in the Thai resort of Pattaya and allegedly negotiating themselves out of jail they have quietly started selling houses – WHICH HAVE ALREADY BEEN SOLD.

Currently these fraudsters are selling houses at ‘The Chase’ in Nong Palai, Pattaya, and offering buyers 50 per cent financing.

But the houses pictured on the net, such as the one above, have already been sold and one of the buyer of the one above does not even have access to his home,  because the property fraudsters won’t hand over the keys in lieu of management fees!

A second buyer has not received a penny in rental fees.

Well actually it’s now the T.P.M.E Group, which Haughton says in emails to clients he has nothing to do with,  run by his sidekicks Nicholas Pearce and Paul Salisbury, but Haughton is lying of course. He’s just avoiding creditors.

Here is what it says on his his updated Linked in  entry.

Salisbury sold the houses in ‘The Chase’ when he was running PVRM trading as Paradise Homes ‘You create the dream. We make the reality’.

Houses in the ‘Chase’ are also being offered to rent on asiawebdirect, tripadvisor, thailandholidayhomes, and their own thaivillaholidays. TPME say they take a staggering 40 per cent in management fees out of the rentals. But that’s not true. They have been taking 100 per cent and passing nothing on.

You can also find links to all sorts of other Haughton projects still being advertised, but all of which have gone down the pan……..after people paid their money.

Now on an another website, set up and administered in Gloucester in the United Kingdom, and trading under a different name  (TPME has lost any good name it might have had) Salisbury and Pearce are reselling properties and putting out brochures from www.keystonethailand.com

They are guaranteeing at least a 7% rental return from people who do not know the houses in ‘The Chase’ have already been bought. Other houses planned there have not materialised.

Heard this before?  Yes currently lots of Brits bought into Emerald Palace Condominium in Pattaya and arrived last year to find their property had been mortgaged to the Kasikorn Bank and they had nothing.

What’s more in all three cases, at Emerald Palace, Lake Villas, and now even the Chase, all the new owners were presented with massive ‘management’ charges.

That’s the deal. If you buy any property from Haughton, Salisbury, or Pearce and actually get it – they still remain in control and will hang on for grim death to the management company they have set up.

These are copycat frauds. It’s as bad as it gets.

Some owners at Emerald Palace believe they can strike a deal. But they are not going to avoid paying off the Kasikorn Bank to whom Haughton gave their deeds for 71 million baht. The best they can hope for is ending up paying today’s price for the property – they had bought up to six years ago by paying off the bank loans. Both Haughton and the bank are on to a winner.

Pattaya City’s promises to arrest the villains of ‘Emerald Palace’ have failed to materialize. It seems the Pattaya Consumer Protection Department is even scamming the victims themselves or at least making Thai promises which will never be fulfilled.

Meanwhile Richard Haughton, while claiming to be out of the business, has set up offices at Lake Villas, Pattaya, where the residents say they have voted him off the management committee. (That’s where his thugs pulled out the plumbing and electric meters from tenant/owners who had not paid his management fees. He and Niels Colov were the biggest debtors).

(The management committee has not legally changed as the new structure has to be registered and nobody has done it yet).

Comment: These frauds depend on the buyers being out of the country for much of the time. They depend on buyers being split and unable to do anything locally because Thai authorities do not like to get involved in foreign squabbles…and when they do victims find they have to negotiate with the fraudsters.  So, once again, do not buy in Thailand except off a reputable Thai or foreign companies, preferably an international company which has its reputation to protect.  And do not use any of the seller’s recommended lawyers. These guys are nothing. One is a swimming pool salesman, another a ‘financial advisor’, and of course Haughton made his name in Tupperware and owning a video store. And beware of ‘Brummies’ who have had elocution lessons.

Warning the following TPME websites link to projects which have not been built, will not be built or are subject to legal dispute. If you take a Thailandvillaholiday you might be disturbed by the real owner.