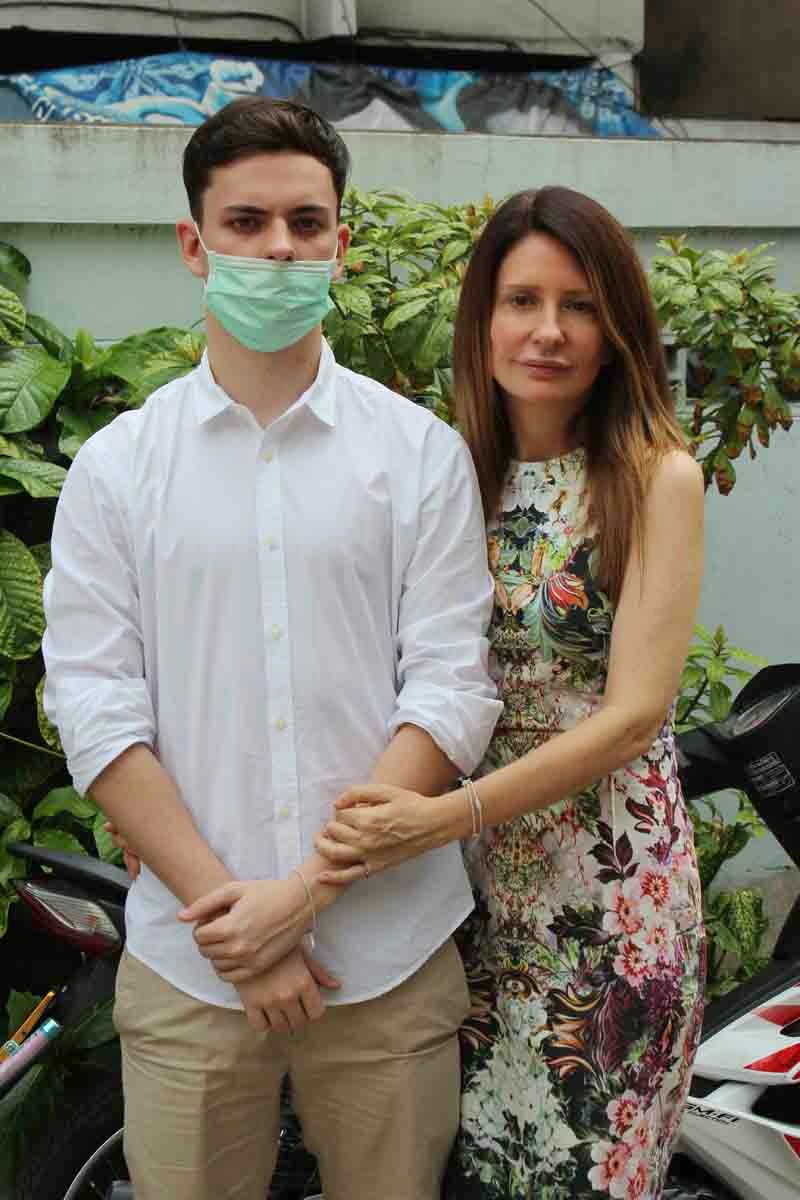 MYSTERY GIRL MUST BE BROUGHT BACK TO TESTIFY 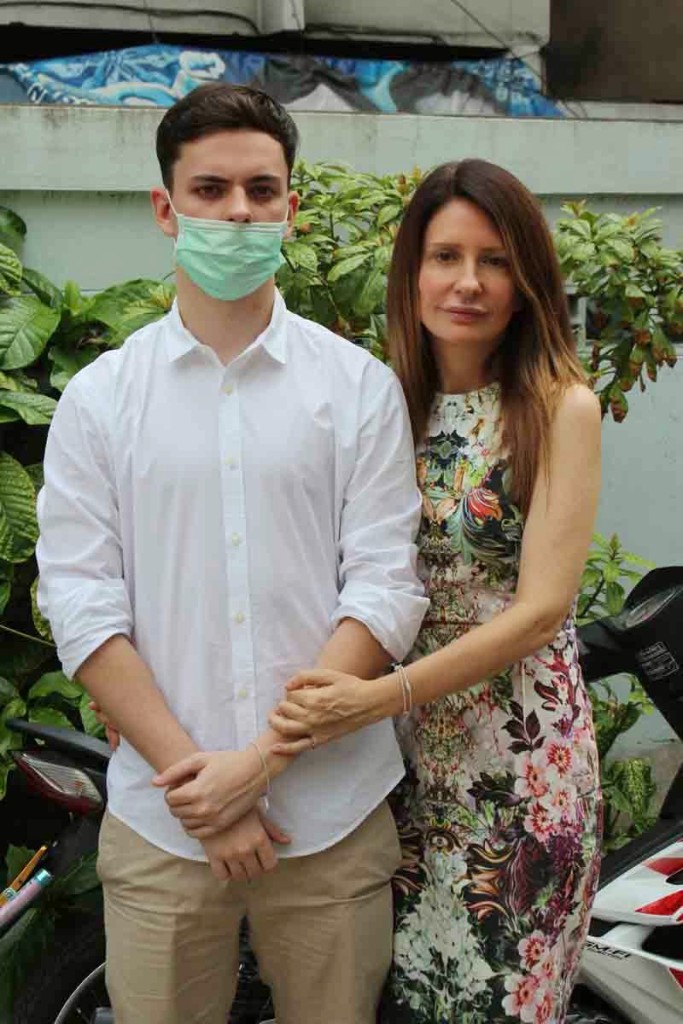 An Australian mum whose badly beaten son has been ordered to report to Koh Samui police on what she says are trumped up misdemeanor and assault charges is planning to sue her son’s attackers.

Following interest in the case by Thailand’s National Council for Peace and Reconciliation and both the Thai Police Foreign Affairs Department (Interpol) and FBI who are understood to have made calls to the island, Annie Hansen says lawyers are now looking at detailed statements made by Raymond Chang and Ryan Wang, two former pupils of the Shanghai American School who have been charged in connection with the attack on her son.

The statement of the mystery alleged ‘damsel in distress’ at the Rave on Koh Samui is also being looked at.

The statements indicate a belated story to deflect blame on to Jack for the attack, said Annie Hansen.

The charges against her son follow what she describes as ‘frenetic activities’ on the island by Raymond Norbu Chang, a millionaire corporate executive who has given US$300,000 to a democratic party member in the United States, and who told the Samui court that he was tipped by Fortune magazine in 2000 to be one of the top 25 next generation global leaders under 40.

The charges came as Jack Hansen-Bartel learned that he will have to undergo another unexpected session of corrective surgery.

Raymond Nobu Chang made his presence known on Samui by ripping the microphone off a video camera being used to film the story by Channel 7 Australia. Nearly six weeks after he incident in the Green Mango Club in Koh Samui Wang and Chang made statements against Jack Hansen-Bartel, seemingly as a retaliatory act.

So far Thai police have spent more in air fares alone investigating Jack Hansen-Bartel from Mentone, Melbourne, than the small penalties he faces for misdemeanor and assault which should not be more than 500 and 2000 baht.

Koh Samui police say that Jack must surrender to police tomorrow (Friday) but the demand was only received by ems on Wednesday and says Annie Hansen is too short notice. Her son will deny the charges of misdemeanor and assault.

Annie has demanded transparency in the investigation in which Jack, was beaten unconscious and has since had to undergo skin and bone grafts in a series of corrective operations which will continue until next year.

In particular she wants a special examination of ‘contrived statements’ entered in evidence including one by a Japanese New Zealand girl now studying at Fordham University in New York.

Already Thailand’s military led National Council for Peace and Order has expressed concern over the attack on Jack and insisted on being present when Koh Samui police flew into interview Jack in Bangkok two weeks ago. A spokesman said: “We wish to re-assure the mother that there will be transparency and have sent that message to police.”

The investigation into Jack started the day Koh Samui court ordered that the passports of Wang and Chang be seized after they misrepresented their circumstances on a previous bail application.

They said they loved Thailand so much that they had rented an apartment on Koh Samui for three years.  In fact they are due to start at universities in the United States – Chang at Ivy League Cornell University and Wang at Purdue University. Earlier this week however their passports were returned and they were ordered to return to Thailand by September 3rd.

They may now need that ‘apartment’ which is registered at the address of the lawyers Limcharoen Legal.

Hansen-Bartel was dancing on the stage in the Green Mango in the early hours of June 10th when he was allegedly attacked under cover of smoke from a smoke machine.

Chinese Americans Chang and Wang claim they were going to the aid of a half New-Zealand half Japanese student who had just graduated from the International School of the Sacred Heart in Tokyo, whom they claim Jack was molesting.

But evidence shown to this site shows the young woman and Jack with their arms around each other, and Chang rushing to pull them apart with Wang grabbing the girls’ hand.

Jack claims the girl did not tell him she had had a ‘relationship’ with Wang and bowed out. He did not resist Chang’s bullying.

The attack came later and there is no evidence of any confrontation before what appeared to be an ambush.

Annie Hansen said: “It is vital this young woman comes back to testify. From evidence we have received and looking at her statement we have many questions to ask.”

Hundreds of expatriates in Thailand who have been following the story have written to complain to Cornell and Purdue Universities and the John F Kennedy School of Government which Raymond Nobu Chang (senior) is attending.

Jack has been with his mother Annie for 15 years. Jack’s elder brother Jesse is at Monash University in Melbourne studying a double degree in bio-medicine.