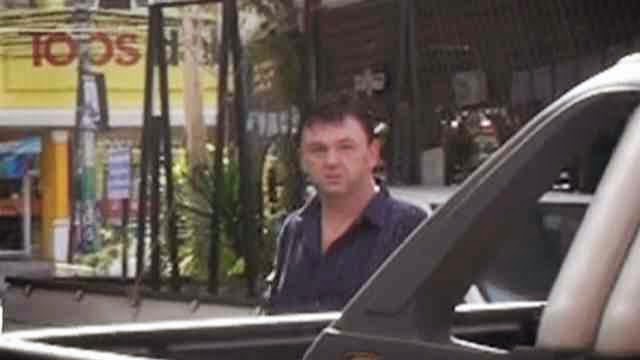 FROM THE ‘JAGGIE THISTLE TO THE WIG AND PEN?’
Flying Sporran’s Diary

Brian Goudie, 48, by now probably Thailand’s most famous fake barrister is back home in premises on the eastern seaboard formerly known as the lair of Ulster drugs trafficker Jimmy ‘Doc’ Halliday.


I don’t want to get sentimental but this brings back old memories as its the place where I first came face to face with the former Brian Goldie, formerly Prisoner E0000274 Hakea Prison, West Australia.


It seems he will not be driven out of the pub formerly known as the ‘Blarney Stone’ which he acquired on the death bed of Halliday by all accounts with a thumb print on a ‘Power of Attorney’ so he could raise cash for Halliday’s bill at the Bangkok-Pattaya Hospital. 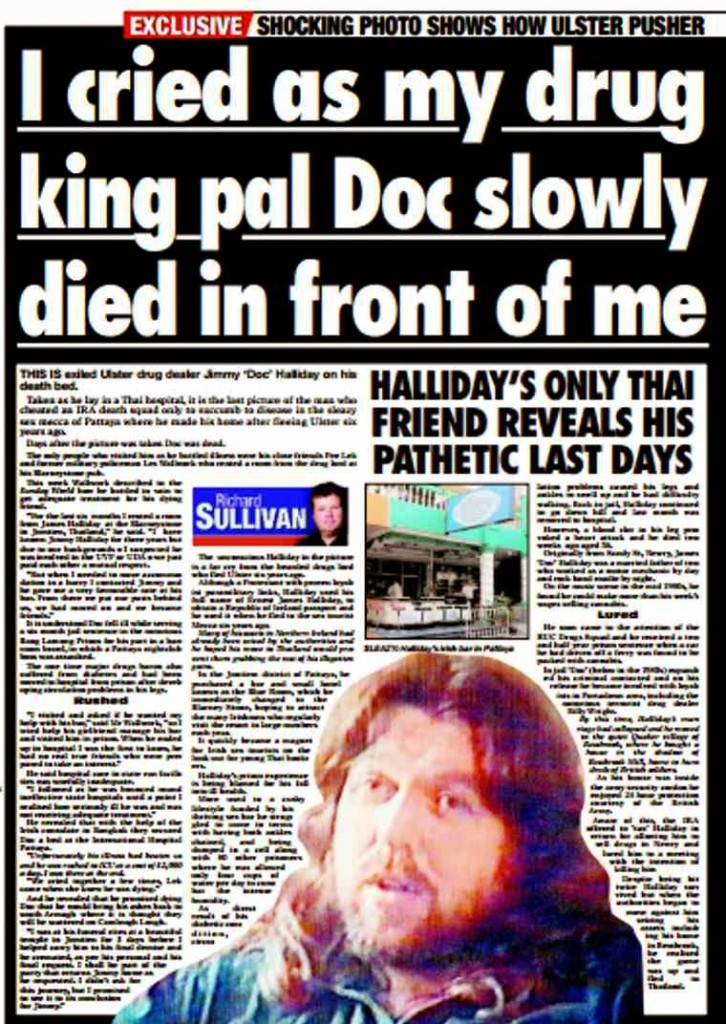 Halliday, as readers of this site will known, was suffering from necrotising fasciitis – a flesh eating disease acquired while in Nong Plalai Prison outside the resort of Pattaya where he was doing a spell for organizing an attack on an enemy in a local disco.

Goudie who scoured the prison for clients for his law firm ‘Alba Laws’ signed him up promising he would get him out of jail. And indeed he convinced the jailors to release him for hospital treatment.

However he put a ceiling on the hospital bill and when the ceiling was reached (1 million) he stiffed the hospital quite legally.

This did not however help ‘Doc Halliday’ who had had run ins with the IRA – who at the time were in the same business – So two apartments, the ‘Blarney Stone’ guesthouse and bar, and a vehicle –  which Goudie acquired with the POA were not used to help remedy the ailing Ulsterman and he passed from this world.

On hand at the time of Doc’s death was Pattaya Volunteer policeman John Macdonald, a former Glasgow bar owner, who regaled people with stories about crime in Glasgow’s East End, who took over the ‘Blarney’ after Goudie renamed it the ‘Jaggie Thistle’.

Goudie’s presence behind the type of bar he is much more accustomed to will no doubt horrify lawyers for Barbara Fanelli Miller, 76, of Madison, Wisconsin, who has brought a criminal fraud case against him claiming that Goudie, posing as a barrister cheated her out of 7.8 million Thai baht. 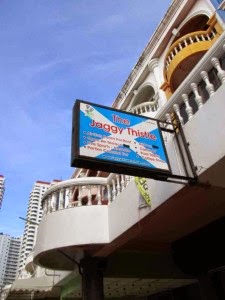 A court order has been made that the Managing Director of Jimmi International, Goudie’s former assistant and girlfriend cannot be removed from her position without the permission of the court, which may not come until he settles up with Mrs. Miller.

The girlfriend is not impressed with Goudie, not after he invited another girl into his bed, not after she was convicted in his place of running a bar without a licence, not after he tried to bring charges against her, and absolutely not after he put stills and videos of her up on the net of a pornographic nature.

The majority shareholder of Jimmi International, the company which now owns the Jaggie, is Ramidin Holding Company, controlled by Goudie which has 98 per cent. Goudie has another share, and so does the late Doc, so I am guessing that one is a ‘non-voting’ share.

Ramidin is an illegal company which Goudie has been using to ‘stash the cash’ – except it does not really have any cash.

The company has failed to file accounts for years. The shareholders are nominees. This also applies to Goudie’s other companies.

Of course that does may mean anything in the Thai legal system in Pattaya. So expect a new pub to open shortly called the ‘Wig and Pen’ Ah, more memories. 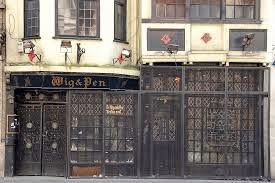 Halliday had already written two wills. One was in favour of his children in Ulster and one in favour of his Thai girlfriend, who died last year. But of course as any cash from the estate of Jimmi could be seen as the proceeds of crime Goudie did ‘Doc’ a favour by taking everything himself.
‘Take it all. I don’t want the peelers to get nutin’ 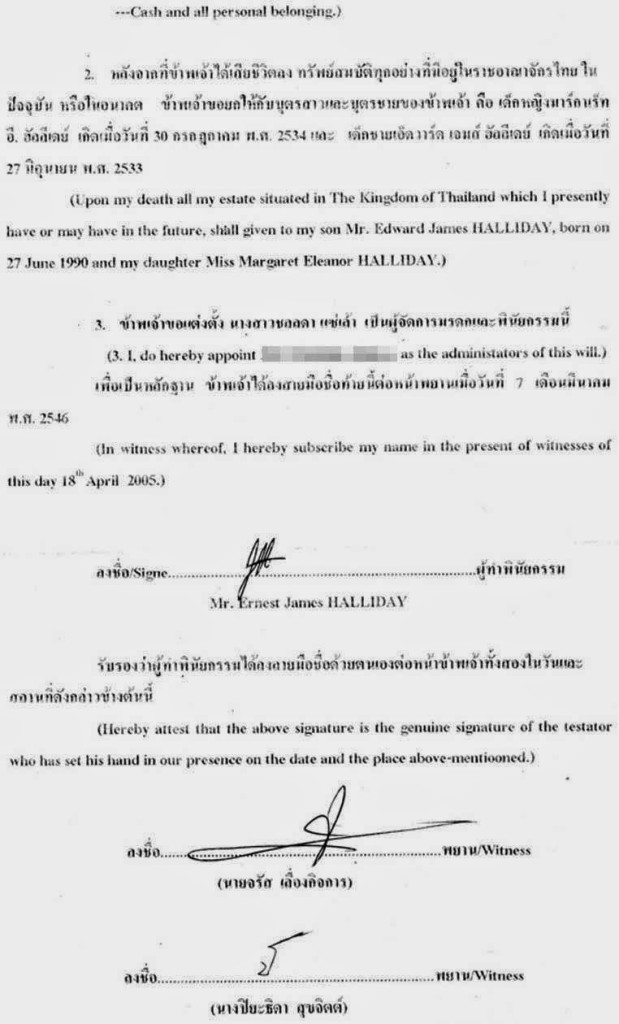